Neither a whodunit nor a whydunit. It is more than a howdunit too. About how crime begets crime, how fate catches up with the criminal and offers him just deserts. 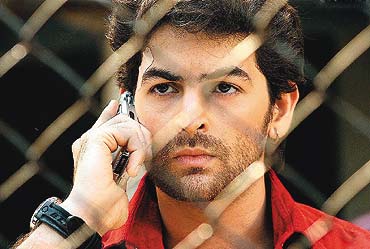 Sriram Raghavan had been telling the media that Johnny Gaddaar is neither a whodunit nor a whydunit, that the viewers would know the offender and his motive from the very start itself. But watching clips (specially the sequence motivated by the Big B-starrer Parwana) of the film with him more than a month before its release, I was wondering what would be left of the film for me now, considering he had shown me the howdunit part as well? I was pleasantly surprised that Johnny proves to be more than a howdunit too. It’s about how crime begets crime, how fate catches up with the criminal and offers him just deserts. So, while it might overtly be paying homage to Vijay Anand and James Hadley Chase, Johnny is actually Hitchcockian.