This is what experts call the Stockholm Syndrome, where the captive audience falls in love with the captors (aka actors) 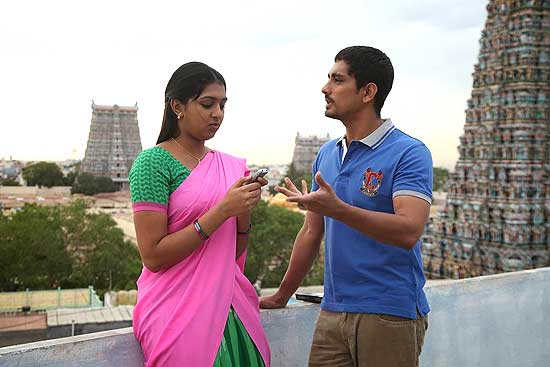 You can never really say what is fiction and what is fact in the fantasy kingdom called Tamil Nadu, and this intelligent film makes a virtue of this ambiguity by showing a constant, unending collage of life in Madurai, which is tough as it is with the heat and sound, and where goons run amuck slapping and shooting everybody who disagrees with them. By the interval I was hoping that they would stop the shooting; as if they heard this prayer, the film took a turn for the surreal and the comic, and all I could see was a large holiday audience laughing amidst mayhem. I thought this is what experts call the Stockholm Syndrome, where the captive audience falls in love with the captors (aka actors), where the audience is tricked—cleverly—in so many ways that in the end I too joined them in a celebration of a thinking, funny, clever director who pulls off a flawed script into an enjoyable romp, who uses cinema as a mirror itself, for by playing upon the paradox of self-reference, the movie effortlessly makes you think that the other side of being bad is just a cinema away in all of us.