The author on his new novel, Paths of Glory 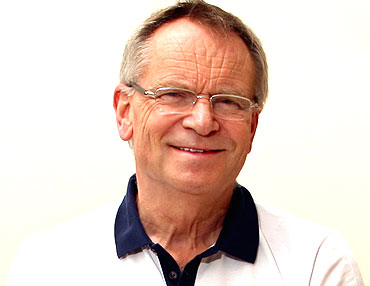 I wanted to try my hand at historical fiction.

What attracted you to this story?

The monumental scale of his ambition.

What about your usual twists and turns?

There are elements of surprise that I bring out even if the reader knows that Mallory dies a tragic death.

Ambition, revenge, sex, sex, sex: Is that the formula for a bestseller?

Rubbish! If I decide to throw in six pages of revenge and half-a-dozen of sex, I’ll never write a good bestseller. You have to tell a story well—whether it’s literary fiction or a bestseller. The story is the spine. Everything else is peripheral.

Your stories are usually about people who claw their way out of impossible situations.

I believe in hard work and persistence. Your destiny is not in the hands of a higher power.

You’ve been close to bankruptcy, spent time in jail, nearly lost your title. Ever wished for a life less dramatic?

Never. Between a staid life and a roller-coaster ride, I’d pick mine any time.

Who are your favourite writers?

I am an admirer of R.K. Narayan. His style is so simple and beautiful. Jane Austen, Charles Dickens, Alexander Dumas—all great writers.

Some critics say you write the kind of fiction they love to hate.

I never wanted to be a Patrick White or Nadine Gordimer. My readers endorse my gift of storytelling and I’m thrilled by their response.

Unlike your heroes, you’ve stayed married to the same woman for the last 43 years.

My wife is an incredibly intelligent and exciting person. The worst enemy of a marriage is boredom. We’ve never suffered from that.

Yes. I should’ve been made captain of the Indian cricket team. Not that I can bat or bowl well. Still, I would’ve liked a shot at the title!