When will the baingan reach the aam admi? I’ll make no predictions but will say this much: Dr Singh is a very determined man. 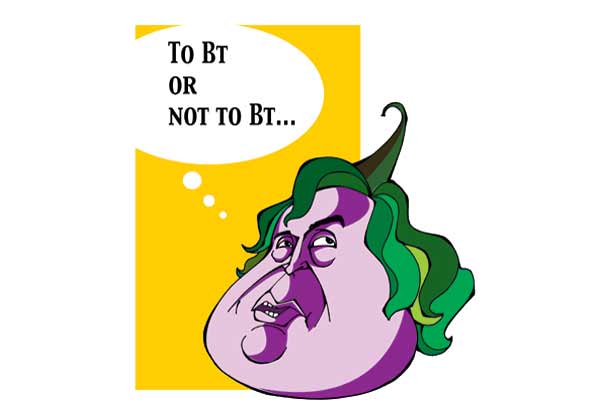 Why is everyone going batty over Bt brinjal? Take it from me, the magic vegetable, complete with exotic carcinogens, will land in India finally. And this assurance comes from yours truly (known in certain quarters as a public health-conscious minister who put an indefinite moratorium on the introduction of genetically engineered baingan seeds).

However, let me confess, the reality is that I’m just a bit player in a script written by none other than Dr Manmohan Singhji. “In the great Indian tradition, you will first say no to Bt brinjal...we must show that we listen to dissenting voices...and then later, after ‘much consideration’ and in the ‘national interest’, we will give it the green signal. That’s exactly the tactic we so successfully employed to push through the Indo-US nuclear deal,” the PM told me as we strolled on the lawns of 10 Janpath. Now, I must confess that I was very impressed by his strategy. “Let those opposed to GM food think they are winning. Let them emerge victorious in a few battles. But we will win the war,” he added even as Soniaji, Priyankaji and a chirpy Rahulji joined us. “I say, I liked that ‘Let baingans be bygones’ Amul ad, rather clever. When we finally give the green signal for GM seeds, they can run an ad line—“Well, baingan is half done” or better still, “Well, baingan is half bharta,” Rahul piped in as he kicked a stone fitted with a CIA microphone.

Now, that apart, there was another event linked to Bt baingan that very few are privy to. Last year, on Thanksgiving Day, there was a special dinner hosted by the prime minister at 7 Race Course Road. Of course, yours truly was among the special invitees. And for dinner we were treated to a host of baingan dishes. A prime ministerial aide whispered in my ear that we were being served Bt brinjal. “The stuff was specially flown in from the US and to hoodwink customs we called it ‘aubergine’. You see the PM was very particular that the brinjal import story does not reach the presswallahs.”

Anyway, once we were seated and the food served, Dr Singh stood up to speak. “A small spoonful for a man but a giant baingan for the nation,” he said as he savoured the bharta. “One can’t think well, love well, sleep well, if one has not dined well,” he said, quoting Virginia Woolf as he took a second helping. This was signal for all of us to tuck into the spread that Gursharan Kaurji had so thoughtfully laid out. “This is the proudest day in my husband’s life,” she said with tears brimming. She had indeed done everything to make the Baingan Banquet a grand success. Why, there was even an eggplant dessert although my vote went to the Mother Dairy ice-creams served alongside....

So, when will the baingan reach the aam admi? I’ll make no predictions but will say this much: Dr Singh is a very determined man.