Way too old-fashioned for comfort, riddled with absurd twists: it's abrupt, hurried and awkward. 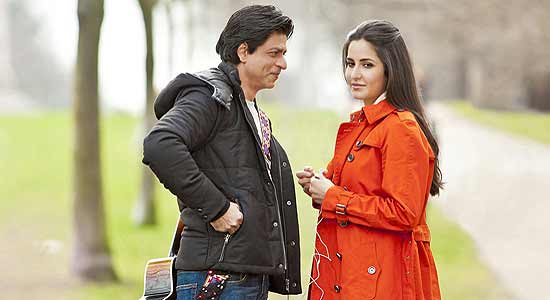 Yash Chopra’s swansong Jab Tak Hai Jaan will go down in Bollywood history as only the second time SRK gets to kiss his heroine after Maya Memsaab, which was released almost two decades ago. The star, who has come whisper close since, but never quite gone the whole hog with his heroines, gets smooched by Katrina Kaif. And nary a spark flies. It’s abrupt, hurried and awkward. More a lip-brush than a liplock. That, incidentally, is just one of the many problems with this “epic” love story.

SRK, who has consistently been supported by a rather fine give ’n take routine with his heroines, whether it is Madhuri, Juhi, Kajol, Rani, Kareena, or even Anushka, has no communication with the cold, bland, expressionless wonder that is...