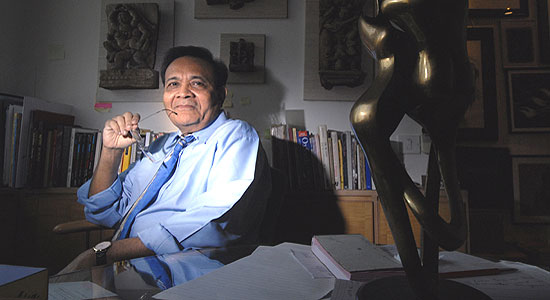 When it comes to sex (and what else can it come to?), you could call Dr Prakash Kothari an early bloomer. He set up India’s first department of sexual medicine at Mumbai’s KEM Hospital, and has been a sexologist for 36 years. That’s more than the upper age of the Indian men studied in our sex survey. Prakashbhai is an enthusiastic conversationalist. Anecdotal, straight-faced funny but surprisingly still interested in answering good old boring questions. Every interview with him is like the familiar sexual act. Foreplay, wham bam, thank you doctor etc. This may be no different, he warns. “People have been asking me the same questions for years,” he says affably. His answers are now salted with words like “it’s changing”, but the essential rhythm remains the same. “For men, sex is an indoor sport and its success is based on performance and victory,” he asserts. Besides being a front-row viewer of the fallouts of this sport—especially when the score is not love all—he has, for the last 30 years been a collector of erotica. It began 30 years back when Mulk Raj Anand gifted him some 18th-century Kangra miniatures. His book Erotica, The Art of Loving, to be released later this month, reproduces this rare collection of personal letters, sculptures, objets d’art, paintings, stamps and knick-knacks from all the world. “These pieces have helped me to understand the passions that drive men and women to experience the heights of their sexuality and express who they are,” writes Dr Kothari. Here, he talks to Shefalee Vasudev about male sexuality—history, hearsay and hype.


What does a sexologist actually do for a living?

A sexologist can be a professionally skilled individual or he could be an explosive quack! As a clinical consultant in sexual health, dealing with sexual dysfunctions is my area of expertise. This includes disorders of sexual desire, erectile dysfunctions and orgasmic dysfunctions in men and disorders of lubrication and orgasm in women.

Do you really believe that people are honest in sex surveys?

No, I don’t think so. A lot of people find it difficult to be honest not only because of the kind of questions asked but also because of the way they are asked.

What do men share most with you? Conflicts in sex or inabilities?

Men are known to brag about sexual conquests they have never had. Is it true that they turn their fantasies into boastfulness?

You mean men would rather be labelled as rapists than impotent? Yes, it is true to some extent. However, most of the time couples are referred to me as clients. So even if the man is boasting, I have the objective evidence from the other partner.

It is said that out of passion, commitment and intimacy, the three basic principles of great sex, even if two are active at a moment, it is fine for men. Is that true? 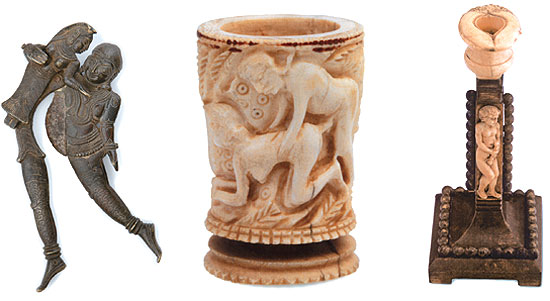 (Artifacts from the personal collection of Dr Kothari)

“These pieces have helped me understand the passions that drive men and women to experience the heights of sexuality and express who they are.”

Has your practice revealed to you what love means to men? And what sex means to them?

It appears that most men feel they are in love when they are passionate about sex or when they want someone physically. Sex for most men is like an indoor sport where performance and victory play a major role, not mutual satisfaction.

What do men think about sharing women? Do young urban men tolerate emotional infidelity? Or can they handle physical disloyalty better?

Whether men or women, sharing partners can lead to insane jealousy if they’re emotionally involved with each other. This is true even for emotional infidelity. However, those who are only seeking physical gratification don’t feel jealous.

Do straight men have gay fantasies?

Only those who have bisexual traits.

There seems to be a continuing obsession with virginity among Indian men. Does it come up as a recurrent subject in your practice?

Yes. People fly in from abroad to confirm the virginity of their wives if they didn’t bleed during the first attempt at sexual intercourse. Virginity still remains a big issue over a small tissue.

Men are historically known to be more sexually conservative than women. In bedrooms, they play the game of dominance if it is the wife and that of the playboy if it is the girlfriend. Is that changing?

This pattern is changing because most women in urban areas are now aware that sex is their basic human right and it needs to be respected.

Can men really keep up the vow of celibacy or is it mostly a sham?

An average human being is incapable of celibacy, a permanent or even an extended abstinence. People only claim that they observe celibacy. But the true meaning of brahmacharya is a ‘soul in search of’. According to Jains (except sadhus), marriage is, in fact, the first step towards brahmacharya.

What’s the biggest sexual letdown for a man? An adulterous partner, the inability to perform in bed, impotence? Or something else?

Impotence, the inability to attain or maintain an erection of adequate quality and thus not being able to perform is the biggest letdown for a male.

Do men need women or do they just want them?

Accounts of sex workers reveal that quite a few men pay for sex where they want to enact roles of victims; they like to be dominated and beaten up. Does this hold true even among young Indian men?

There is a very small segment whose preference lies in this kind of sexual practice.

For most men, physical fulfilment can be psychologically fulfilling, so in that sense, yes.

That terrible cliche: “men are only after one thing.” Is it true?

Yes! Every man’s goal is to seek ultimate pleasure so that “one thing” will enable him to experience the zenith of ecstasy. However, a man has the capability of turning that terrible truism into a terrific experience by turning mechanical sex into holistic lovemaking. Feasting on foreplay, discussing their partners’ likes, dislikes and erogenous zones, respecting their partner in bed.

Such a big deal is made about female orgasms. But do men have an orgasm every time they have sex?

No, of course not! Ten per cent of men have never experienced an orgasm in their conscious stage. Sleep emissions are like salivating, they cannot be counted as orgasms.

Is Viagra really the wonder drug it is made out to be?

It is even better. It is one of the most commonly used drugs and I must have saved many marriages by prescribing it. If someone has the desire, he should have the means to do something about it. The desi Viagra costs just Rs 10-15 for one tablet—cheap and best.