It's The Moneybags Who Lost In Amarnath

Kashmiri business interests were the real reason behind the whole row 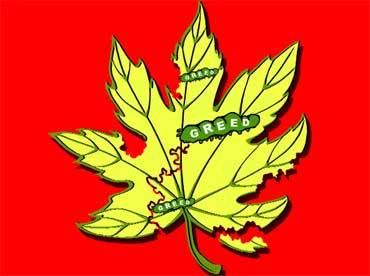 The agreement reached with the Shri Amarnath Yatra Sangharsh Samiti has been treated as a victory in Jammu, a defeat in Kashmir. It's neither. In reality it's a defeat, not for the people of Jammu or those of Kashmir, but for the economic interests that have been conniving with officials of the Shri Amarnath Shrine Board (SASB) to secure land for setting up hotels, restaurants and other permanent 'modern' facilities along the yatra route. This defeat was crafted by Governor N.N. Vohra and his advisors.

Contrary to what a number of people have been saying in Kashmir, those behind that commercial attempt are not non-Kashmiris. Nor are they Hindu fanatics. Most if not all of them are hard-headed Kashmiri businessmen. What had brought the state to the brink of a fratricidal war and inflicted more than 50 deaths upon innocent Kashmiris is simply an attempt at old-fashioned land-grabbing. Jammu and Kashmir were at each other's throats, and talk even turned to a new partition, just because a bunch of unscrupulous people were trying to get richer.