It's All Guns And No Roses

In unequal American society, reclaiming self-worth is an uphill climb for blacks. But their rage against racist attacks is off the route-map. 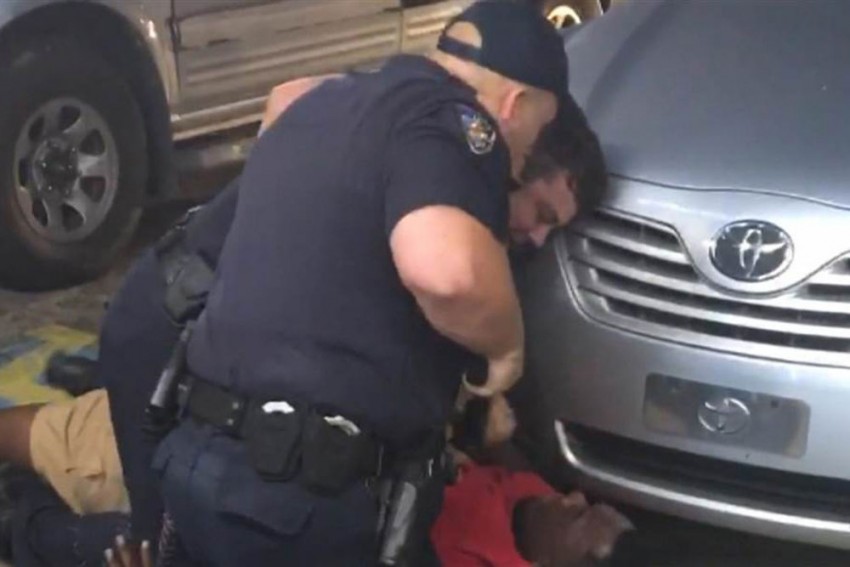 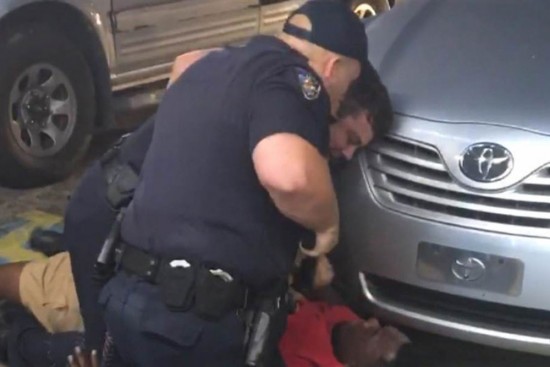 The spark behind the latest bouts of race violence in the US, leading to the shooting down of five police off­icers in Dallas, was not a singular one: it was an accumulation of collective rage over a largely white police force’s treatment of blacks. It brought back to me the time I had gone to see Martin Luther King, Jr. in his office in Montgomery, Alabama. It was 1957 and I saw signs that said “colored lunch” (I hadn’t realised lunch could be coloured) as I proceeded to my destination. I waited in his secretary’s room until he emerged from a meeting. He was affable and sat for a while kidding his fetching secretary. He told me he could not grant me an int­erview because he needed to go home to nurse a bad cold.

I had thought it odd at the time that he should treat a rare visit by an Indian reporter so cavalierly when he often evoked Gandhi’s name in embracing non-vio­lence. I was also chagrined to discover later that he had time to meet a Hollywood producer the same evening!

Those were strange days for me. In New Orleans, I stayed at an “all-white” hotel and the Afro-­American guests—the epi­thet ‘Negro’ has since been reje­cted as politically incorrect—who had invited me for supper had to meet me outside. The black restaurant they took me to had its own pecking order, with a bejewelled grande dame taking over the proceedings.

King of course had become a symbol of black consciousness before his assassination on April 4, 1968, in Memphis, Tennessee. He sealed his place in history with his resonant “I have dream” speech in Washington DC on August 28, 1963. He said, “I have a dream that one day this nation will rise up and live out the true meaning of the creed: We hold these truths to be self-evident, that all men are created equal”.

Fast forward to January 20, 2009. The first black president of the United States, Barack Obama, took office in a stupendous leap of faith of American voters. The question every American is asking now is: how far has King’s dream been fulfilled?

The answer is that those lofty ideals have been realised only partially, and patchily, ­in all these years. Judging by the reaction of blacks to white policemen killing two of them in recent incidents, leading to a battle between black demonstrators and the police in the streets of Dallas and the shooting dead of five white police officers, the racial pot is on the fire again.

In a sense, America is a dramatically changed ­country since those faraway days of the1950s. Even before Obama broke the glass ceiling so dramatically, a growing ­number of blacks had become members of the two houses of legislature, as he once was, and have held senior cabinet positions.

However, as the distressing events in Dallas and elsewhere remind us, America remains an unequal society, not merely in terms of the rich and the poor but in the deprivations blacks suffer. As a rule, they are not as educated as the whites, live in crowded, largely black, urban spaces and form a disproportionate share of the US prison population.

The American tragedy is that the problem of racial ­inequality that so palpably ­exists out there is exacerbated by two factors: the ­bountiful supply of guns and how the police forces are outfitted for their jobs. Obama has been tirelessly raising the question of gun control, with little success, except at the margin. Second, in contrast with the police forces in much of Europe, American police are armed to the teeth as if they would be going into combat.

The man identified as the killer of the policemen in Dallas, who was ultimately killed by a robot, was a veteran of the Afghan war. He had reportedly said he was taking ­revenge for the police shooting two blacks in separate incidents. The police have pronounced that he was acting alone.

This is presidential campaign season and Obama has had to maintain a delicate balance between the inexcusable killing of policemen and the racial imbalance that exists. But beyond the increasingly militant demonstrations by blacks and growing fear among families of white officers of new dangers lurking for their loved ones, what is the solution to an existential problem?

The spark that lit the flames leading to the shooting down of five ­policemen by a black sniper in Dallas came after years of racist atrocities.

The United States is undergoing its own anti-establishment mood, apparent from the rise of Donald Trump. As in many western countries, the rich are getting richer while middle-class wages stagnate and automation and relocation of industries are making the less educated white men unemployable. Blacks are often at the bottom of the scale, but living in largely segregated communities helps them build strong bonds of solidarity among themselves and they have, of course, their own anti-establishment ethos.

Opening up the vast continent of America, the largely European conquerors believed that they could not do without the gun to protect themselves against the indigenous inhabitants. But now guns have become a multi-trillion-dollar industry and the sway of those machines is zealously protected by industry representatives who suborn legislators.

Facing relentless discrimination and atrocities over the decades, blacks have developed a second skin and their response to chronic white aggression often takes on aggressive forms. That their forefathers were brought to the western world, including the United States, as slaves does not help matters. And any formal transition, at the level of legal rights, takes time to translate into everyday behaviour.

Given this backdrop, there are no short-term ans­wers but another leap of faith is needed to surmount a growing problem. Unlike Muslims whom Trump seeks to keep out, blacks are as indigenous as many of the progeny of a country of migrants who have built their own sense of nationhood. And yet, it seems that in the increasingly interconnected world in which distance has contracted, the pace of change in race relations has not kept pace with the aspirations of those on the other side of the fence.

Obama has less than a year left in his presidency, but he will remain a symbol of change. It is a task for his successor to undertake, but if Hillary Clinton gets elected, as seems likely, she could give her former boss a new supreme mission of overseeing race relations with a high-powered independent state-funded institution.

As a black who has risen from humble roots by dint of hard work and outstanding ability, Obama knows the obs­tacles that keep many blacks down and largely poor. Perhaps the problem can be handled best through cultural innovations. To begin with, it is a question of bolstering self-worth through endeavours other than falling victim to the old stereotype of physicality.

The most important field that is calling out for anti-racist intervention, to be sure, is education. The new foundation, hopefully under Obama, can develop a sense of fulfilment through the works of great men and women. Apart from a fellow black having made it to the highest political office in the land, education can produce other role models to counter the appeal of the ‘muscular’ black man of pop culture.

Typical solutions to resolve an old problem have run their course and the answer lies in imaginative initiatives that will fire the young black man or woman and give him or her the feeling of being wanted. Even outside presidential funding, Obama has the clout to raise resources through his own efforts to float a foundation for a very worthy cause.

(S. Nihal Singh is former editor of The Statesman, The Indian Express and Khaleej Times)

The FBI sent an infamous “suicide letter” to Martin Luther, Jr. after collecting information on his private life by bugging his hotel rooms and photographic surveillance and physical observation of his movements. The agents also tried to break up his marriage by sending his spouse selectively edited evidence of “personal moments he   shared with friends and women”. The black leader, however, didn’t succumb to the FBI’s blackmailing tactics.