It’s All Fodder To The Mill

In heavyweight seats Hajipur and Saran, Laloo’s RJD seems to have the upper hand 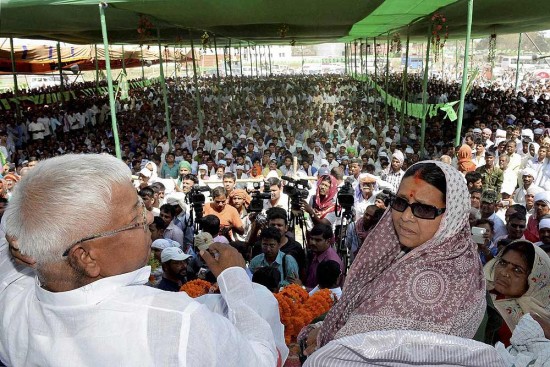 “If a son errs, give him a slap or two but don’t throw him out of the house,” pleads Ramvilas Paswan at a rally. Paswan knows he is fighting with his back to the wall but his pleas don’t seem to cut much ice. Mohammed Shahid Raza, a long-time Paswan loyalist, says, “There was a time when this same ground would be filled to capacity with people to hear Paswanji. Today, there are more vehicles than people.” Indeed, there are more schoolchildren eyeing his helicopter and discussing its finer points than people listening to his dispirited pitch.