It's A Big World Out There

India has always dithered — and then forced to sign — on any WTO pact. We've to regain our leadership position. 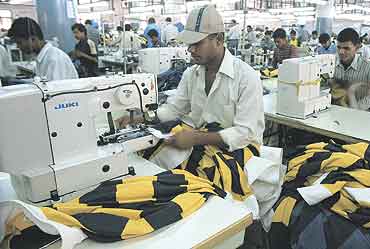 outlookindia.com
-0001-11-30T00:00:00+0553
When India signed the Geneva framework accord to move the Doha negotiations forward last summer, Union commerce minister Kamal Nath was not denounced by the domestic or foreign press for his negativism, as had been the case with his predecessor Murasoli Maran in 2001, immediately following the launch of the Doha Round. On the contrary, none other than his cabinet colleague Sharad Pawar accused Nath of a "sellout". This, no doubt, is progress: Indian leadership is slowly but surely shedding its defensive posture and emerging as a more confident participant to the WTO negotiations.

Even as India was moving from near autarky in the mid-1980s to an open trading system, its trading partners and the Western press were branding it as "obstructionist" in the global trade talks. No doubt, in part this vilification was the result of the independent stand India took in the successive rounds of negotiations, in contrast to its Latin American counterparts that, with the exception of Brazil, could ill-afford to stand up to their powerful northern neighbour. Branding a non-compliant adversary "obstructionist" and using other similar epithets is a powerful negotiating tactic, which the developed countries have liberally deployed. Nevertheless, India made their task easy by taking indefensible and rigid positions in a self-righteous manner.

Thus, India placed itself at the head of a group of developing countries that opposed the launch of the Uruguay Round. Supported by Brazil, it insisted on the exclusion of services from the negotiations without a clear thought to whether opening up of services trade served or hurt its own interests. Luckily, the round was launched and services were brought into the fold of international rules through the General Agreement on Trade in Services (GATS). As a part of the liberalisation measures taken under the auspices of the GATS, developed countries committed to opening their long distance services traded via the Internet (the so-called Mode 1 services in the GATS terminology). The commitment guaranteed the Indian software industry open access to rich country software markets and shielded them against protectionist demands that would come during the US presidential election in 2004. 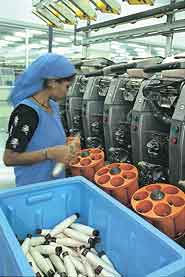 The Uruguay Round Agreement on Agriculture and the Agreement on Textiles and Clothing brought agriculture and textiles and clothing sectors, respectively, into the fold of the global trading system. Both of these sectors had been subject to very high protection for several decades in the developed countries. The success of the Agreement on Agriculture in liberalising agriculture was less than what the potential developing country exporters—mainly in Latin America and East Asia—had hoped but it opened the door to future liberalisation and is expected to bear fruit at the conclusion of the Doha Round.

The Agreement on Textiles and Clothing promised to put an end to the country-by-country quotas on imports of textiles and clothing imposed by the major developed country markets including the United States and European Union. This has now happened effective from January 1, 2005, and indeed is the reason behind the recent euphoria on the part of the minister for textiles.

The main area in which India paid a high cost at the Uruguay Round Agreement was intellectual property protection (IPP). At the time the round was launched, developing countries were duped into thinking that the negotiating mandate in this area was aimed at completing the failed negotiations for an agreement on counterfeit trade between the United States and European Union during the Tokyo Round. Once it became clear that the mandate was aimed at a wide-ranging uniform worldwide IPP regime that would include a 20-year patent protection for all products including medicines, India fought hard against what eventually became the Agreement on Trade-Related Aspects of Intellectual Property Right (TRIPS).In the end, all its developing country allies deserted India and it was left with the option to either sign the Uruguay Round Agreement in total or opt out of the global trading system and expose itself to the risk of discriminatory trade barriers by all its trading partners. This was a Hobson's choice.

India's general approach of saying "no" to all negotiations but eventually signing the negotiated agreement remained in place until recently. Thus, India did not embrace the Information Technology Agreement at Singapore where it is said to have been in a position to obtain concessions from the US in the form of additional H1B visas for its citizens. But later it saw merit in the agreement and signed it unilaterally.

At Doha, India pushed the largely vacuous package of implementation issues, opposed liberalisation even in industrial products and once again resisted the launch of the new round. The African countries, which the then commerce minister Maran seemed to be leading, deserted him the moment they were promised the continuation of their trade preferences into the EU market for a few more years. The round was launched and once again India became the last signatory to the Doha Declaration.

The main success—and it was a major success—Maran achieved was to ensure that the language on the so-called Singapore issues was sufficiently vague that their inclusion in the negotiating agenda could still be contested. Thanks to that vague wording, in the Geneva framework agreement, three of the four Singapore issues were successfully thrown out of the Doha negotiating agenda.

Looking ahead, India must build on the centrality and the leadership role it achieved during the negotiations for the Geneva framework agreement. As a member of the newly constituted G-5 group that includes the US, European Union, Australia and Brazil as the other four members, it must push the liberalisation agenda forward. It should throw its weight in favour of complete elimination of trade barriers in industrial products by 2015 for the developed and 2025 for the developing countries to end discrimination it faces due to trade blocs in the Americas and Europe. It should also promote agricultural liberalisation to take advantage of its highly competitive farmers in many crops.