'It Will All Come Down To Mental Strength'

'When the Indians go there, they will know what it is to be Indian and to play Pakistan in Pakistan' 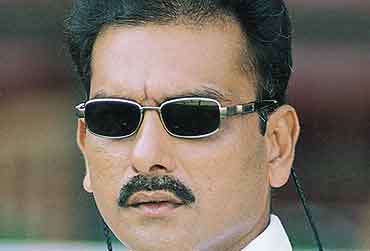 The details of everything around me when I first landed in Pakistan are not very clear. It was over 20 years ago but I remember what it was to play there. Every Indian cricketer should have the fortune to tour that country. The contest is severe. The pressure is beyond anything imaginable. The Pakistani crowds...well let me put it simply, they make it known who they are supporting. My first tour of Pakistan made me twice the cricketer that I was.

I remember my first hundred in Karachi. I remember the fierce pace of Imran Khan and Sarfraz Nawaz. In Lahore, during the 1984-85 season, I remember getting out lbw at 71 to, of all people, Salim Malik. I couldn't believe it when Shakoor Rana's finger went up. Worse, on my way to the dressing room I saw Rana give me the dirtiest look in the world because he was outraged that anybody could object to his excellent decision. I went to the dressing room and smashed a glass of water. But I cooled down in the next Test in Faisalabad when I made 139. I remember my exchanges with Javed Miandad, those needling conversations. Pakistani bowlers and close-in fielders can really contribute to your vocabulary, but they are ok. A few of them even became friends.

And the Pakistanis are second to none. No matter what their form is, you can never take them lightly. When the Indians go there, they will know exactly where they are. Every moment, when they are passing through the airports, when they are in restaurants, when they are in their hotel, there will be this buzz. They will know what it is to be Indian and to play Pakistan in Pakistan. You need to be consistent to succeed there. It doesn't matter how good you are, you have to reinvent yourself. It will all come down to mental strength. Form, talent and the ability to work hard are all fine but what will matter most is mental strength.

But, in some strange ways, it's like playing somewhere in Punjab. Like the people up north, Pakistanis are very hospitable. When they are not paid cricket spectators, they are amazingly kind and hospitable. They will invite you to their homes and treat you like a very special guest. When I toured Pakistan as commentator, it struck me how friendly they could be. As long as I was not going to battle against their heroes, they were very happy to have me there.

Every time I toured Pakistan there were security concerns but this time it's at a different level. Worse, Indian cricketers have just returned from a long trip. They are tired. A good sportsman can get physically fit for an assignment but mental toughness is a different thing. The authorities must do everything they can to make the Indians feel safe.

(As told to Manu Joseph)