It Runs Deeper Than Labels

In Kashmir, Trump’s Afghan policy and the BRICS terror tag bring no respite 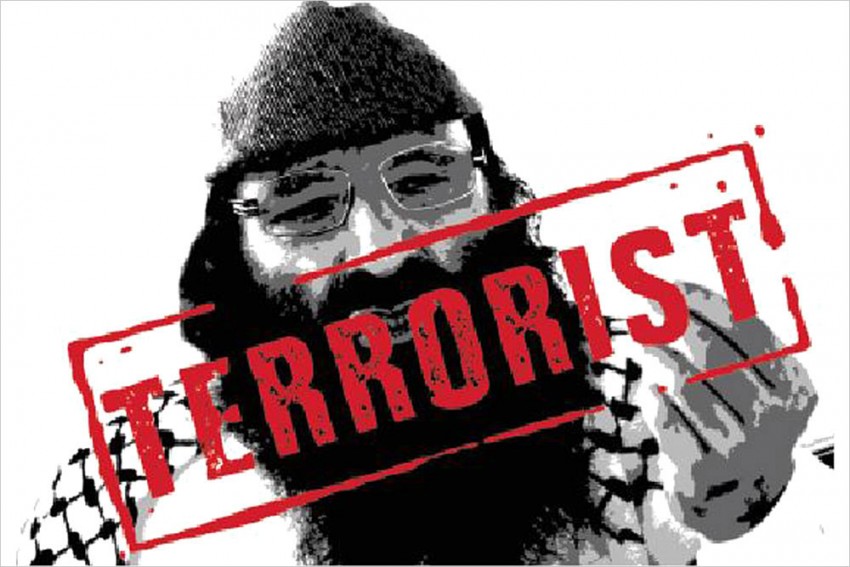 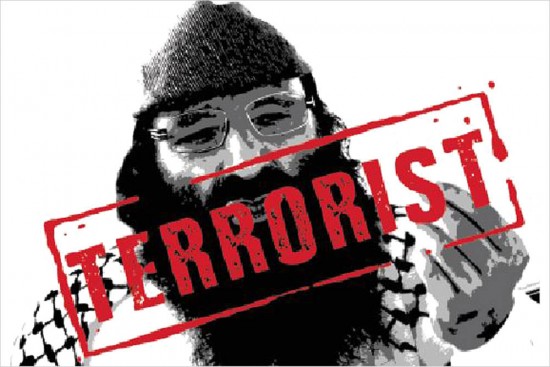 A day after BRICS—the association of five major emerging economies (Brazil, Russia, India, China and South Afr­ica)—linked Lashkar-e-Toiba (LeT) and Jaish-e-Mohammed (JeM) with global Islamist militant groups ISIS and Al-­Qaeda, Jamaat-­ud-Dawah (JuD) chief Hafiz Abdul Rehman Makki said in Lahore that the mujahids (Arabic for one who struggles for a cause) were ready to pay in blood for taking the “Kashmir struggle” to its logical end. Intelligence sources and top police officials of Jammu and Kashmir Police do not expect the BRICS statement to affect the strength of LeT and the United Jihad Council (UJC)—a conglomerate of militant groups active in the Kashmir Valley, with Hizbul Mujahideen as the most prominent. Both Hizbul and UJC are led by Syed Salahuddin.

In fact, a better indicator of what’s to come, according to intelligence sour­ces, is in Makki’s reaction to the statement. Pointing out that the Pakistan government could not resolve the Kashmir issue in the past 70 years through dialogue with India, Makki, who took over as JuD chief in March, declared that “jihad” (holy war) was the only path to a solution.

The Jammu and Kashmir government, though, hopes Pakistan would take the BRICS message positively. “We hope they stop using violence to achieve their goal,” says Naeem Akhtar, spokesman and senior minister in Mehbooba Mufti’s cabinet. However, many in the Valley see the BRICS statement as a move to placate India for withdrawing its forces from Dok­lam following a tense border standoff with China.

More than BRICS, it is US President Donald Trump’s new Afghanistan pol­icy, announced in August, which has caught the attention of top officials. With the US committing to have more boots on the ground in Afghanistan and asking NATO allies to follow suit, militant groups such as JeM may modify their strategy.

“The group might shift its focus to Afghanistan and operate under some other name,” says a senior police official. “Afghanistan would be a mandatory jihad, a superior jihad, for JeM, with the aim of expelling the ‘white’ forces. The rules of the game there and in the Federally Administered Tribal Areas (FATA) in northwestern Pakistan are different from what JeM has to deal with in ­Kashmir and, since 2008, it has ­preferred the battle in Afghanistan.” With India ­getting more direc­tly involved in Afghanistan along with more American and NATO troops, JeM would have no reason left to focus on Kashmir, which would be a “lesser jihad”, according to the official, as there is a “government in Kashmir, besides a free press and other democratic institutions”.

The overall situation on the militancy front would remain unchan­ged as Pakistan wouldn’t favour escalation in Kashmir while Afg­hanistan sees more action, police and intelligence officials point out. Meanwhile, counter-insurgency operations in the Valley are in full swing under Operation All-Out. The number of militants killed since the beginning of the year has reached 138, including 60 locals—the highest in a decade. In past four months alone, 83 militants, including top commanders such as Hizbul’s Yasin Yatoo, have been killed by government forces.

In retaliation, on August 26, three JeM militants carried out the first fidayeen attack this year. At least eight security personnel, including four policemen, were killed at the heavily fortified police lines in Pul­wama of south Kashmir. Police sources say JeM has only 15 to 20 members on the ground, mostly based in the forests of north Kashmir and the Pulwama-Kulgam belt in south Kashmir. Hizbul is the largest group in the Valley, with 110 of the total 229 militants, followed by LeT with 90 members. This year, around 80 young Kashmiri men have become militants, with many of them posting pictures on social media to galvanise popular support.

According to a police official, militants operating in the Valley are not likely to get disintegrated on ideological lines in case the situation in Afghanistan worsens, as jihadi organisations like JeM would like to operate in the bigger theatre, unlike LeT and UJC, which are confined to Kashmir. “That means militancy in the Valley will not go down,” says another police officer. “We have seen infiltration even when Afghanistan was hot, as LeT and Hizbul continued to operate in the Valley.” 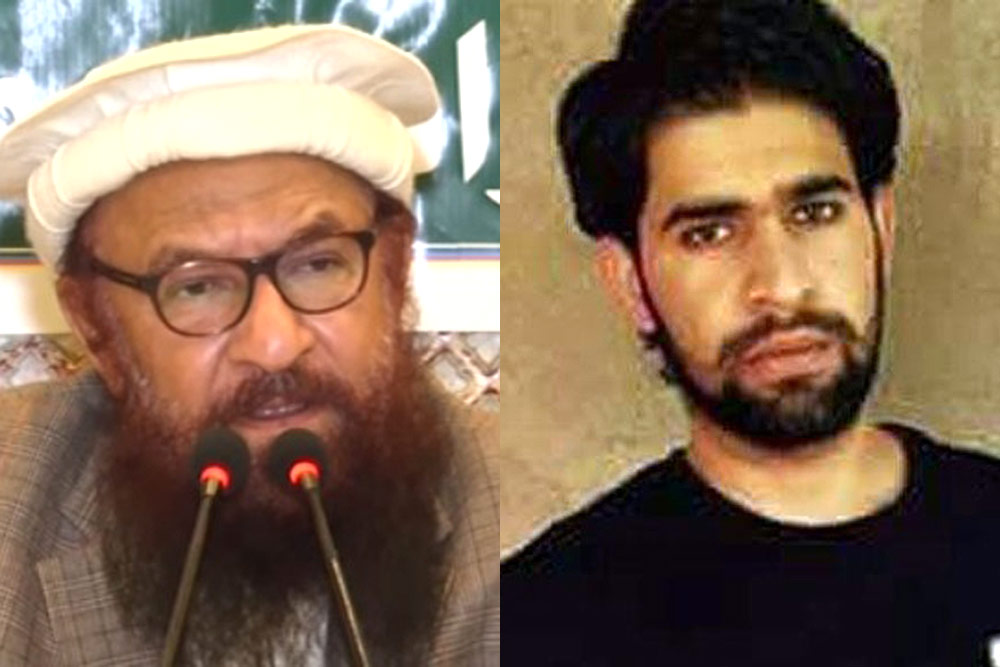 Zakir Musa, the newly anointed lea­der of Al-Qaeda affiliate Ansar Ghazwat-ul-Hind, who accuses Pakistan of betraying the jihad in Kashmir, is also expected to limit his operations to Kashmir. “It’s a small group and not battle-hardened,” says an intelligence official. “Musa has come up with a new narrative on Kashmir and it has to be seen how Kashmiri society reacts to it. This was bound to come up and I am surprised why it came so late, after 30 years of insurgency. But so far, it has been just a narrative.”

A former Hizbul commander, Musa had to quit the group in May after he took a contrary position on the movement in Kashmir, openly declaring that jihad was not merely for land, and certainly not to serve the interests of corrupt rulers of any country. He vowed to continue the fight for “freedom for the sake of Islam” after Salahuddin publicly dissociated from him for having threatened to “slay and hang” separatist leaders who oppose the establishment of Islamic rule. Now, as chief of the Al-­Qaeda affiliate in Kashmir, he claims to be pursuing the cause of freeing the “ummah” (worldwide community of Muslims) from “non-believers” and “establishing the law of Allah”. In a recent video, Musa accused Pakistan and its army for backstabbing “Kashmir jihad” in the war on terror years following 9/11.

A senior police official with a long experience in counter-insurgency says Musa’s views are against the established perspective of the Hurriyat Conference and other separatists who seek the intervention of the United Nat­ions and the US. Musa has mocked at those who ask for UN intervention and used the word “taghut” (Arabic word referring to the worship of anything except God) for the UN. Pakistan, the official said, might be in a dilemma about Ansar Ghazwat-ul-Hind. “The organisation has not done anything serious so far. But Pakistan will be pleased in case it harms India by carrying out acts of terror. The deniability will be more than in case of LeT and other groups already linked to it.”

The challenge, he reveals, is on the narrative front as Pakistan, the Hurriyat and the UJC present Kashmir as an international political dispute that needs resolution, not Islamic jihad. Salahuddin has always insisted that theirs is a local and indigenous movement with no international agenda and nothing to do with global terror organisations such as Al-Qaeda and ISIS. “Al-Qaeda, ISIS or Taliban have no involvement or role in Kashmir,” ­Salahuddin had said.

An army officer tells Outlook that neither the BRICS statement nor the US decision to officially tag Salahuddin as a “global terrorist” really changes anything on the ground. “Salahuddin had neither applied for the US visa nor did he intend to go there,” he says. According to a police official, the more serious challenges are to preempt any large-scale protests of the kind and scale seen in 2016 and stop local boys from joining militant ranks.

Boatmen Wait On The Banks Of The Indus