Is Beige The New Brown?

India's 'exclusive' clubs still can't get over their Raj-era affectations 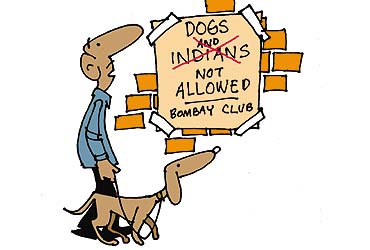 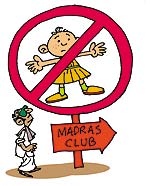 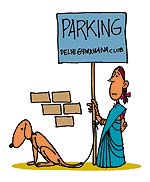 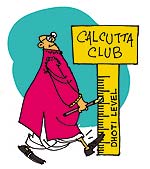 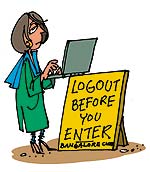 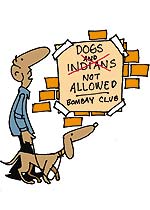 With their imposing colonial-era architecture, lush lawns and prime locations, India's most exclusive clubs have always been the haunts of the privileged, of which diplomats are an especially hallowed tribe. So many eyebrows were raised when the admission of Pakistani high commissioner Shahid Malik to the Delhi Gymkhana Club was held up earlier this month because he couldn't make it to the "at home" meeting—the interview by the committee members.

Established through the 19th century, these clubs were used by colonists as genteel refuges from the native hordes. Women weren't granted entry into the bars of these male strongholds; consigned to "hen-houses" outside. Post-Independence, many of the rules were retained once we took possession of them, finding new people to exclude.

Like women, whom the Calcutta Club still flatly refuses to admit as members. And who, in this age of ladies' nights and stag charges, are still not allowed in the men's-only bar at the Bangalore Club, a dingy saloon with a sign that says: 'No Women and Children'. That's a battle that women members don't want to expend their energy on. "If some male club members wish to continue with such an anachronistic tradition and are comfortable in such restricted company, they're welcome to their little security blanket," says a member of nine years, "I don't think any men worth their salt would hang around there."

Full membership and voting rights, though, have been wrested from the resolute old guard by more daring members like Nani Palkhiwala at the Bombay Gymkhana, and Chaya Srivatsa at Bangalore Club. Says Adi Lalwani (name changed), a member of Mumbai's Willingdon Sports Club, who has been bringing up the issue since the mid-'90s, "We've had a female PM, we've women heading ICICI Bank and HSBS, yet they were found to be non-clubbable entities when it came to the Willingdon."

Membership for women is now a largely won battle, but some classes of applicants are still barred by unwritten rules—and they're not who you would expect. Practitioners of India's most celebrated professions—acting and politics—are discreetly brushed off. "In Bombay clubs, there was an unwritten code that actors were not accepted," says journalist Rahul Singh. Lalwani recalls that "Kavita Daftary's family was a member of the club for generations but when she married Vinod Khanna she was not even granted that partial sort of membership normally reserved for women." Nor does the Willingdon admit racehorse owners and jockeys. "It's an outdated rule that goes back to the time when jockeys were all syces and ghodawallas, not the sort of people you'd want as members," Lalwani adds.

It all stems from an elitism that, like their discrimination against women, is a patent legacy of the Raj. A sign still graces the pool area of the Tollygunge Club: 'Dogs and ayahs not allowed'. Which brings us back to that jarring sign that once stood in Breach Candy Club in Bombay: 'Dogs and Indians not allowed.' Indians are now accepted as members of the Breach Candy Club, but still only with the endorsement of a foreigner.

It would be a mistake to see this elitism as a distinction between the haves and have-nots. Your money has to have vintage; the only way to repel the nouveau riche, who have in the last decade become a force to reckon with. "There are distinctions between old money and new money, they look at family background, qualifications, but can you think of a better way to choose?" Lalwani asks. "I'm sure Mukesh Ambani wouldn't be able to buy his way in (to the Willingdon)...it would be easier to open his own club."

But ultimately that's what clubs are for. They exist for the purpose of grouping the right sort of people together and keeping the wrong sort of people out—the more exclusive a club is, the more it realises its purpose. "It's not Parliament!" says a newly inducted member of Madras Club, "the membership is not supposed to be representative."

Which leaves the management with the difficult task of panning the social gold from the dross. Most clubs keep their membership tally strictly limited, and there aren't many places up for grabs. The Madras Club tries to keep membership around 800, admitting only 5-6 people a year. The Delhi Gymkhana keeps its members down to 5,500. "How many we admit each year depends on how many members resign or pass on," says club president A.S. Dulat. "If you submitted your membership today, the waiting period would be 32 years at least."

"This club has been referred to as the Ace of Clubs," says Maj Gen Mohan, president of Madras Club. "So perforce we have a tradition to maintain, a tradition of our members being gentlemen and ladies." Even when you've "made it" in, no matter who you are, you might have to endure the humiliation of being sent home to change, thanks to the most persistent colonial affectation, the dress code. Though its most extreme forms—such as codes for winter and summer wear in Chennai where the climate is hardly ideal for a tie and coat—have been shuffled out over the years, the dress code amounts, these days, to an equal contempt for sloppiness and for native dress. In Calcutta's many Raj-era clubs, members cannot wear sandals; the dhoti-kurta is allowed on special occasions but must not reveal too much calf. Often, long coats with cummerbund are de rigueur.

In the Bangalore and Madras Clubs, kurtas, dhotis and even the most bespoke-tailored sherwani are out of the question. Explains Maj Gen Mohan: "The inclination of people to indigenous dress varies from the sublime to the ridiculous—once it is permitted to wear a sherwani, there will be people walking in in a mundu and chappals."

Which means that many people, including Prime Minister Manmohan Singh and Bengal Governor Gopalkrishna Gandhi, who habitually wear kurta-pyjama, would be denied entry. "Some of these rules weren't framed by the British, but the brown sahibs who believe in upholding the colonial legacy," says Sundeep Bhudoria, a vocal opponent of these rules in the Calcutta Club.

Almost every colonial-era club has turned away VIPs who arrive in ignorance of the rules. In 2002, Mohan Gopal, director of the National Law School, decided that appropriate dress meant an elegant white dhoti—after all it was the Republic Day banquet at the Bangalore Club. He didn't make it past the receptionist, and later resigned his membership. Earlier, in 1991, Dau Dayal Joshi was not admitted to the Delhi Gymkhana wearing a dhoti, and raised the matter in Parliament, where it was discussed volubly and passionately for one-and-a-half hours.

"I remember being turned away from the Madras Club because I was wearing sandals," says Khushwant Singh, "I believe the same happened to Husain in Bombay, when he entered a club barefoot. I laughed at it and left and didn't go back. It's beneath your dignity."

A well-conceived dress code can be a blessing, members admit. "On aesthetic grounds alone, it's gross to be having dinner across from some guy in a tank top, with his hairy armpits showing," Lalwani emphasises.

Club managements also aren't interested in unsolicited advice and criticism from members. In fact, most of the members Outlook spoke to asked to remain anonymous, afraid of the management's wrath. The non-members, meanwhile, are afraid of social excommunication. Take the case of columnist Bhaichand Patel, who frequented the bar of the Delhi Gymkhana although he wasn't a member there. In an article about barhopping that appeared in the Hindustan Times, Patel wrote: "Men salivate every time a woman walks in. Most evenings the bar resembles the sitting room of an Old People's Home." "I was permanently banned from the premises. How can a club like this be so thin-skinned?" Patel told Outlook.

Haughty resistance to criticism and an inertia against reform means some rules will remain, and leave the clubs wallowing in their colonial affectations for quite a while yet. If you want in, get in line, it's a long one. And straighten your tie.