Raising the FDI cap will benefit just two MNCs. Is it worth making it such a politically volatile issue? 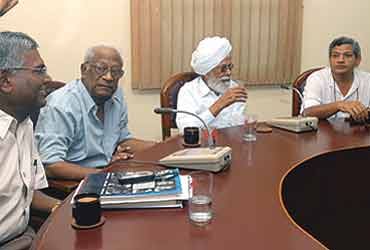 Just days after the finance minister announced his budget proposal to hike the cap on FDI in telecom firms from 49 to 74 per cent, the bureaucracy had started working overtime. A fortnight later, on June 23, a draft cabinet note was readied and inter-ministerial consultations on it are now almost complete. The note, a copy of which is with Outlook, is a clear attempt to address the concerns raised by security agencies and allay the fears among the Left parties, which support the government from outside.

But while the Left has stated categorically that it doesn’t wish to dilute its demand to retain the lower cap, even private telecom players are deeply divided on the actual desirability of increasing the FDI limit. It is argued that this decision would benefit only two operators, the Bharti group that has tied up with Singapore Telecom and the Hong Kong-based Hutchison group. Still, finance minister P. Chidambaram seems only too eager to go ahead.

When questioned about the rationale for hiking the FDI cap, Chidambaram had said he was merely making transparent a...