The Congress civic poll win opens a door, but it’s one swallow... 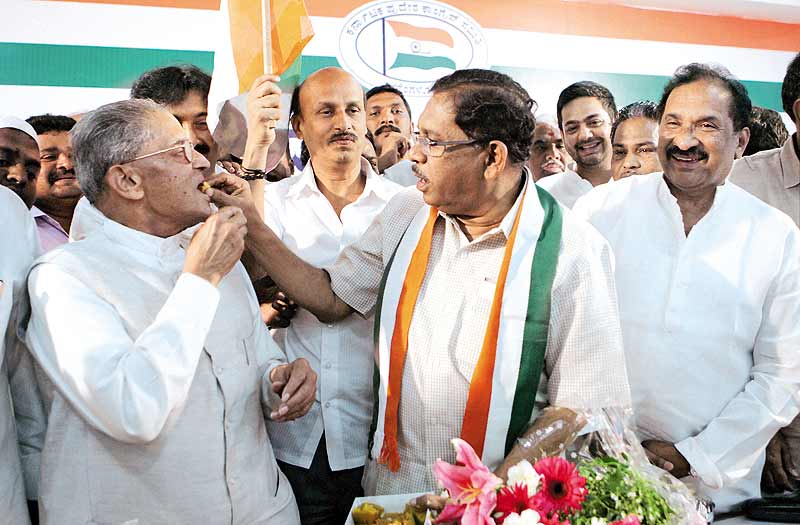 The top leadership of the Congress may at last have reason to smile. The party’s victory in Karnataka’s urban local bodies election comes after nearly six years of badgering by the BJP’s electoral triumphs across the spectrum—from panchayat to assembly elections. And all thanks to the common party worker, who was given the power of decision-making, without a penny of funding from the state party leadership.

Hear a Congressman right now and it would seem that the Election Commis­sion has only to announce the dates for assembly elections in April-May and the BJP leaders would be sitting in the Opposition benches—with the JD(S) by its erstwhile coalition partner’s side. After all, the Congress has won JD(S) leader H.D. Kumaraswamy’s base, the Ramanagaram town municipality. And the BJP, despite being in power, has lost out in urban areas, very much its base.

There are enough statistics to sustain Congress  euphoria. The party has won nearly 40 per cent of the votes as agai­nst the BJP’s 18.29 per cent and a similar number for the JD(S). In terms of seats, the BJP and JD(S)—905 seats each—put together cannot match up to Congress’s 1,960 seats out of the 4,952 seats for which elections were held. The BJP’s spoiler-in-chief, B.S. Yediyurappa’s two-month-old KJP, secured just 274 seats or 5.5 per cent of the votes. In terms of city corporations (other than Bangalore for which elections are due later), the Congress won three. In the remaining four, the BJP needs the support of others to gain control of at least three.

So, is Madhusudan Mistry, the AICC observer for Karnataka, flying high? “Flying? No, sir. He’s in seventh heaven,” says an important party functionary from Delhi. A senior leader, however, sounds a note of caution: “Those gloating do not know the ground realities in Kar­na­taka. These results are not a tunnel view of victory in the assembly elections.”

There is reason for his curt comment. If you compare the latest figures with previous ulb poll results, the Congress gain does not come across as that spectacular. In 2007, it secured 32 per cent of the votes (1,606 seats) follo­wed by the JD(S) at 30 per cent (1,502 seats) and the BJP at 23.08 per cent (1,180 seats). Today, the BJP as a divided force has not lost much if the latest figures of the BJP, KJP and mining baron B. Sreera­mulu’s BSR Congress are added up; JD(S) has lost some 500-odd seats.

But that performance did not help the Congress win the 2008 assembly polls. And though the individual fortunes of the BJP, KJP and JD(S) may currently be low, they cannot be dismissed outright. If anything, they stand warned. The bjp’s biggest losses have come in the coastal belt. The moderate Hindu voter has obviously reacted strongly to the region being turned into a laboratory for “the Hindu Taliban”. This is besides the division within the party and a major caste group like the Lingayats shifting votes, giving the Congress its biggest boost in more than a decade. In Udupi, make that four decades, for it’s had a right-wing tilt since the Jana Sangh days. In several other parts of the state, Yediyurappa has played the spoiler. Rather glaringly so in north Karnataka and in the Hyderabad-Karnataka reg­ion where the Congress failed to take advantage of its decision to grant the region special status under Article 371. The JD(S), on the other hand, may have secured less number of seats, but it has held its own in the Old Mysore region.

The ulb results are indeed a reflection of the popular mood two months ahead of the assembly polls. But they do not portend any Congress wave. In fact, the dilemma before Cong­res­smen is their inability to communicate their problems to the high command, des­pite an AICC observer in the state. “Yes, Mistry is there. But he listens only to either the KPCC chief or the legislature party leader,” says a Congress leader from north Karnataka. Is that why there was a demand for his repla­ce­ment at the Davanagere meeting Rahul Gandhi addressed in 2012? “Do we need to elaborate,” he asks. And who can replace Mistry? “Ghu­lam Nabi Azad understands all of us very well....”

Indeed, Ghulam Nabi knows the various pressure groups within the party and how to handle egos. He has done so before and many a time. Sadly, however, Rahul did not do anything about the protests at Davanagere; Mistry became part of his inner circle. So much for inner party democracy. Perhaps the party vice-president sho­uld heed his own words at Dava­nagere: “Only the Cong­ress can defeat the Congress.”