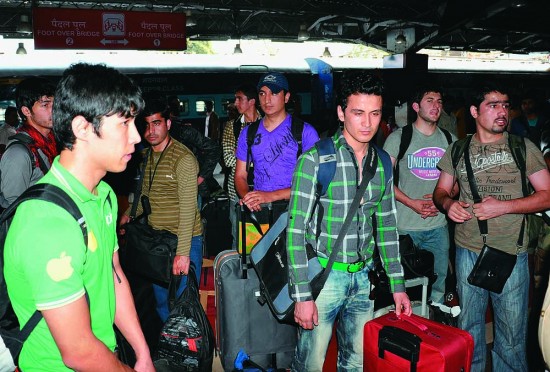 The adverts portray it as a potpourri of cultures and ideas. Students from Latvia, Gambia, Nepal and Mali adorn Sharda...