Into A Blind Left Corner 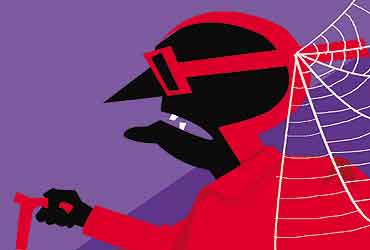 outlookindia.com
-0001-11-30T00:00:00+0553
In their lament about the pursuit of economic reforms by the previous and present government, two Leftist academics, Jean Dreze and Prabhat Patnaik, may have identified an uncomfortable truth. It is that there is a wide consensus at present on such policies, which are anathema to them. Dreze has said (Economiss, May 23) that "it's naive to expect the UPA government to be markedly different from its predecessors in terms of policy", while Patnaik has stressed the "need (for) an economic regime change" if the "neo-liberal" policies are to be scrapped.

Yet, the political consensus on the reforms is evident from the fact that the Congress, with its 26.69 per cent of votes received in the last general elections, and the bjp with its 22.16 per cent, are both following the economic prescriptions set by Narasimha Rao and Manmohan Singh one-and-a-half decades ago. Since these two parties account for nearly 50 per cent of the votes, it can be argued that their views on economic matters reflect the popular preference at the national level.

As against this unanimity of views on economic reforms, those on the Left opposed to such programmes are mainly the CPI(M) (5.69 per cent), CPI (1.4 per cent), RSP (0.44 per cent) and Forward Bloc (0.35 per cent). Their total percentages of votes, which do not reach double figures, are not something which would set the Volga or the Yangtze on fire—although the countries of these rivers are no longer the workers' paradises so admired by the communists. Still, in a democracy, even the opinion of one deserves respect. However, the Left's constant carping has to be seen against the backdrop of the numbers whom they represent and the kind of policies they favour. They haven't called for a return to the licence-permit-quota raj of the Nehruvian period, but their preference is obviously for an autarkic, public sector-dominated economy which will negate the present trend towards deregulation.

It is a model which has few takers in the world outside the minuscule proletarian brotherhood. The Indian communists are apparently still harking back to the Soviet system, about which Eric Hobsbawm wrote in his autobiography, Interesting Times: "Bizarre as it may seem today, between 1930 and 1960 level-headed observers assumed that the state-commanded economic system of the ussr under the Five-Year Plans, primitive and inefficient as even the most sympathetic visitors could see it was, represented a global alternative model to Western 'free enterprise'.... Level-headed observers considered it might actually outproduce it (capitalism). I am not surprised to find myself once again among a generation that distrusts capitalism, though it no longer believes in our alternative to it".

How come Hobsbawm doesn't believe any longer in an alternative to the capitalist system? The reason, perhaps, can be gleaned from what the American Trotskyist Harry Braverman wrote in a piece, Marx and the Modern World, in 1958: "The capitalist system has persisted and restabilised itself repeatedly over a much longer period than had been expected.... Marx and the movement he shaped operated on the basis of imminent crisis. If he never gave thought to the kind of living standard inherent in a capitalism that would continue to revolutionise science and industry for another 100 years, that was because he thought he was dealing with a system that was rapidly approaching its Armageddon".

Anyone conversant with Indian communists knows they too harbour a similar illusion about the collapse of capitalism along with their innate, almost visceral distrust of the private sector. There is another factor which reinforces their convictions. It is a refusal to acknowledge that what they have believed all these years—"primitive and inefficient" though it may have been—was wrong. In this respect, the communists conform to what Hobsbawn wrote about their leader, Rajni Palme Dutt, "One of those implausibly tall upper class figures one occasionally meets among Bengalis...(who) left me with a lasting admiration for his acute mind and a lasting conviction that he was not interested in truth, but used his intellect exclusively to justify and explicate the line of the moment, whatever it was."

For the communists, the line of the moment hasn't changed from the yeh azadi jhooti hai days of 1947 when they saw the transfer of power from the British to the Congress as a transaction within the bourgeois-capitalist class. So, when Prakash Karat says that "ruling-class parties basically do not differ on economic policies" since they are both bourgeois formations, he is echoing the B.T. Ranadive line of 60 years ago, which had no time for the Indian "ruling class" and its "anti-people" policies.

Because of their class-dominated politics which sets them apart from the other parties, the communists have always been something of a misfit in India. If they were hobbled at first by their atheistic tag and collaboration with the British in 1942, they had to wrestle for long years with the imputation of being "traitors" because of their propensity to run to Moscow and Beijing for advice. It was reinforced during the Chinese aggression when the "Left" communists (now the CPI(M)) argued that a socialist country could not commit aggression. Besides, it was said sotto voce that the Indian working class was not really an enemy of their Chinese counterparts. Even now, the perception of communists as oddballs persist because they are seen as standing in the way of the country's development by their blind opposition to economic reforms. It is the Rajni Palme Dutt-like disinterest in the truth which makes the communists ignore the countrywide consensus on reforms, even in Buddhadeb Bhattacharjee's Marxist West Bengal.