The Shipman murders continue to baffle Britain, Belgium out to exorcise ghosts of its colonial past and the heat's on in Alaska. 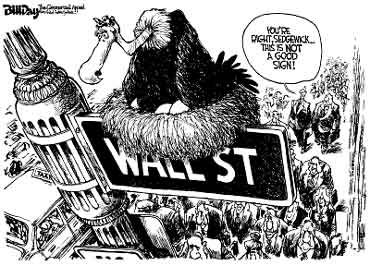 outlookindia.com
-0001-11-30T00:00:00+0553
"The US response, at best, is a mild rebuke and, at worst, the turning of a blind eye. We should insist that elections in October be free and fair."
US Congressman Gary Ackerman, on Pakistan President Pervez Musharraf’s idea of democracy

LONDON, UK
Doctoring Death
It was a report Britain was waiting for. But when it was made public last week, Britishers still didn’t know why Dr Harold Shipman killed 215 of his patients, pumping them with a lethal dose of diamorphine? The Shipman Inquiry Report of Dame Janet Smith, a High Court judge, details diligently, over 2,000 pages, the circumstances in which Shipman committed these murders and names another 45 for whose death he was allegedly responsible.

The report, however, fails to unravel his motive. The doctor’s modus operandi was to win his patients’ trust with "a wonderful bedside manner", and administer them the dose when they were alone. He took to killing in 1975, averaged 30 a year in 1995 and 1996, and peaked to 37 in 1997. He had already claimed 18 lives till he was arrested in September 1998.

Psychological experts feel the idea of limiting suffering could have enabled him to justify his action. Subsequently, it became "a form of addictive behaviour." A bad advertisement for euthanasia, indeed.

It’s a century too late, no doubt, but Belgium feels it must exorcise the ghosts of its colonial past. More than 100 years after King Leopold II claimed Congo as his personal colony, the state-funded Royal Museum for Central Africa has commissioned eminent historians to investigate the allegations that the country had perpetrated genocide in Congo. A debate on Belgium’s past was sparked at the time American author Adam Hochschild’s King Leopold Ghost was published in Belgium in 1999. He accused King Leopold’s army of murdering nearly 10 million Congolese, amputating, raping kidnapping and looting the local populace for refusing to work on rubber plantations. The commission is expected to present its findings in 2004.

ALASKA, US
The Heat Is On
More bad news for those complaining about the sweltering heat: a Science report says glaciers in Alaska are melting at an incredible rate, that 85 per cent of these have lost vast portions of their mass in the last 40 years. The ice cover in the Arctic is apparently also shrinking by an area the size of Netherlands every year. There are some tell-tale signs—six of the 10 warmest years were in the last 10 years, the other four in the ’80s.