On what the game meant to him and the famous intensity that brought him success and criticism. 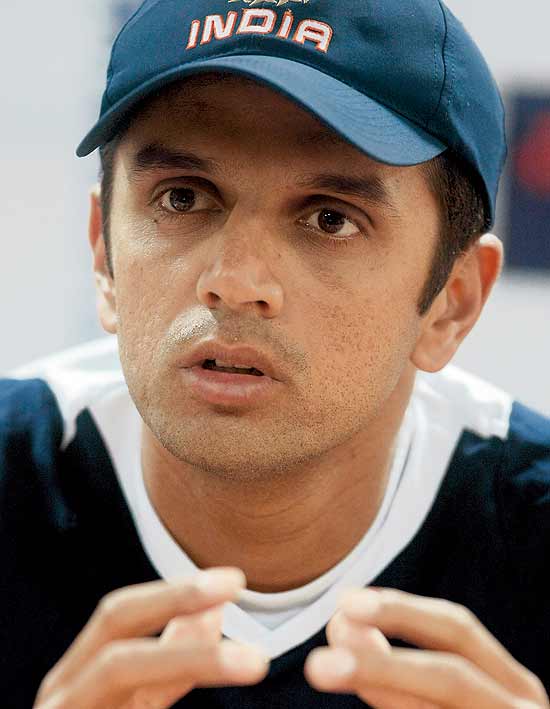 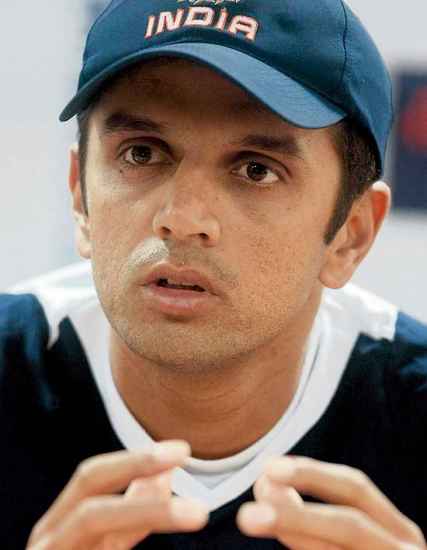 He has played in 35 per cent of Test matches involving India, and retired as the most experienced batsman in the history of the game in terms of total deliveries faced. Rahul Dravid, one of the great No. 3 batsmen in the game, talks to Suresh Menon about Indian cricket, what the game meant to him and the famous intensity that brought him success and criticism.

Which was the first Test match that you watched?

My father took me for the Bangalore Test against Alvin Kallicharan’s West Indies when I was about six years old. Already Sunil Gavaskar, G.R. Vishwanath and Kapil Dev were my heroes. It was, interestingly, a period of transition for Indian cricket. The previous tour of Pakistan had seen the final decline of the great spin quartet and the emergence of Kapil. Of course, such a way of looking at Test cricket came much later. At six, it was about heroes, and it was deeply disappointing to see Gavaskar being dismissed the first ball he faced, caught at gully. I remember Vishy making runs. My father kept telling me, “Watch Kalli, watch Kalli.” Kallicharan got some runs too. My father pointed out matters of technique and temperament that allowed a boy to enter the fascinating world of adults through cricket!

What did playing cricket for India mean to you?

The short answer is: everything. It was my earliest, and for long, my only dream. My earliest memories are tied up with cricket. Bat and ball in the backyard, begging anyone who would to bowl to me, I had posters of cricketers in my room, I watched league matches, Ranji matches—as much cricket as I could. In later years, this passion became my profession—I was lucky.

What would you have done differently as an India player were you to start out now and with the knowledge you have gained?

Not too many things, really. Perhaps I would have worked harder on fitness initially, but when I started out we did not have professionals doing the job. So, surprisingly, I was much fitter in the latter part of my career, once the trainers and physios were in place!

Why did you give up captaincy?

Leading the country is a great honour, and giving up the job is not something anyone would do lightly. But 2007 was a difficult year. The World Cup drained me; in fact, we were all emotionally drained at the end of it. And despite winning in England, I realised I was not really enjoying captaincy. It was getting more and more difficult.

“I learnt concentration while keeping wickets: switching ‘on’ and ‘off’ on the basis of whether the ball is in play or not. I also used the technique in batting.”

In the early years of Indian cricket, fielding was generally neglected and catches at slip often went abegging. You went against the grain to emerge as one of the greatest slip catchers in history, and the only one with 200 catches there. How important was fielding to you?

I took a lot of pride in catching. Fielding at slip kept me involved in the game at all times. I knew I was no bowler, and couldn’t get any wickets with my bowling, so catching was one way to contribute to a batsman’s dismissal. That was also why I kept wickets. I had good hands and had worked out the technique of concentration which involved going ‘on’ and ‘off’ depending on whether the ball was in play or dead. I would also relax by chatting to Laxman or others in the slips. It is a technique I used in batting too.

How do you respond to the criticism that you were too intense and often let the game weigh heavily on you?

Looking back, I probably was a bit too intense. But don’t forget it was this intensity that brought me success as a player. I didn’t cross the line, though, and was quite aware of the red flag going up when it began to affect my game. But the intensity was my default setting, just as being relaxed is Virender Sehwag’s.

In 80 years of Test cricket, India went from being the whipping boys to the No. 1 in the world (although rankings are a recent phenomenon). How significant is that?

Very significant, obviously. A lot of things came together, we had great variety in bowling, and it was a period when everything clicked. It was no accident—the climb to the top was planned and executed with professional finesse. It is a matter of pride for all of us who played in that phase.