Times have changed, but a few colonial relics still rule us 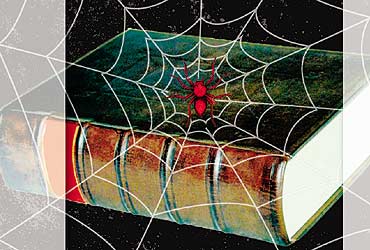 Period Pieces: Footprints Of The Raj

There are 1300 archaic laws which needs to scrapped/amended. Here are ten from the 1800s which still haunt us:

At the core of the currently raging SEZ controversy is an archaic, colonial law. Called the Land Acquisition Act of 1894, it bestows blanket rights on state governments to acquire land in public interest. Worse, they effectively do this at rates far lower than the market price, thanks to shades of grey in the built-in compensatory framework of the law. Farmers believe this antiquated piece of legislation is being (mis)used to shortchange them even as their land is being handed over to big business at throwaway prices in the name of sezs. Open to various interpretations, the act, many across the political spectrum believe, needs to be plugged for loopholes, or in fact, entirely amended.

Perhaps it will be, given the heat it has generated. But there are 1,100 other laws that need to be either repealed outright for having lost their relevance, or amended suitably. The Commission on Review of Administrative Laws in a 1998 report had identified 1,300 outdated statutes. Of these, only 200 were repealed. Recalls the then law minister, Ram Jethmalani, who was very keen to junk antiquated laws: "I decided to make necessary changes in law, and gave myself two years. I had promised to resign if I could not do it in that period. Unfortunately, I had to quit much before that."

Many of these Raj-era laws, according to legal experts, are downright ridiculous. Thanks to the Prevention of Seditious Meetings Act, 1911, wearing a Gandhi cap is an offence even today! Back then, it might have been seen as a symbol of sedition. Maybe nobody today is booked for violating it, but that the clause is intact is itself a matter of overpowering irony—almost a metaphor for the whole dicey inheritance of our laws Similarly, going by the Excise (Malt Liquors) Act, 1890, and Excise (Spirits) Act, 1863, a citizen can drink only if he has a permit. Anyone below 25 is banned from drinking under a law that's no longer followed (in spirit). Then, of course, there's the infamous Section 377 of the IPC, enacted in 1860, that criminalises homosexuality as 'unnatural'.

Drafted to keep the 'natives' in check under the colonial scheme of things, today these laws come in handy to harass individuals and private enterprises. One such is the Rent Recovery Act, 1853, heavily loaded in favour of the landlord and frequently used against tenants. Economist Bibek Debroy, also a strong advocate of legal reform, has identified precise laws that can be used purely as an instrument of harassment. Heard of the Sarais Act? It was enacted to ensure that all inns or shelters for travellers provided water for any passerby. It governs all hotels and restaurants to this day, and some establishments have indeed been fined for violating the act.

But the first resistance to any talk of change in law or scrapping of statutes comes from within the system itself. Jethmalani feels nothing should stop a government from repealing obsolete laws. "It is just bureaucratic indifference and lack of political will," he says. Take the Police Act of 1861. Several committees, the latest one headed by Soli Sorabjee, have suggested reforms, but all have come to naught. It's not hard to fathom why: many in the force would rather have an oppressive law that gives them a free hand than be made accountable for their actions.

Some of these old statutes hamper effective decision-making by the government. Debroy lists the following laws in this category: the Societies Registration Act (1860), IPC (1860), Carriers Act (1865), Evidence Act (1872), Indian Trusts Act (1882), Transfer of Property Act (1882), Bankers Books Evidence Act (1891), Indian Post Office Act (1898) and the Indian Stamp Act (1899). Had Abdul Karim Telgi been booked only for making "fictitious stamps" under the Stamp Act, he would have got off with a Rs 200 fine. Or take the Post Office Act, which renders our entire courier industry partly illegitimate, for the "exclusive privilege of conveying letters" is reserved for the government.

On another front, there is the phenomenon of hostile witnesses—now add Ujjain professor H.S. Sabharwal's near-televised murder to a long list that includes the BMW and Jessica Lall cases. Cumulatively, they open up the issue of the validity of electronic evidence and also of flawed witness protection procedures.

"With the old laws, the first element of statutory law reform is to scrap dysfunctional statutes," advocates Debroy. The main problem arises where only some sections of the statute need to be repealed. "It is always easier to repeal a statute in its entirety," he adds.

However, ex-solicitor-general K.T.S. Tulsi is emphatically against "wholesale repeal of old laws". He cites the IPC and the Evidence Act as "classical legislations that have stood the test of time". He does agree that some IPC provisions need a re-look in the modern context but balks at the idea of jettisoning the whole entity. And wherever the government has tried to tinker with old laws, Tulsi thinks they have created more confusion. But he does advocate the repeal of absurd sections, like the one banning the wearing of Gandhi cap.

Our legislative corpus also includes 19th century enactments for the Bengal, Bombay, Madras and Oudh provinces. Most are defunct, but still exist. Clearly, it's time someone in the law ministry took the trouble to move all this fine Victorian and Edwardian furniture.