Indira Gandhi had R.K. Dhawan. Rajiv had his elite cabal. But the ‘backroom boys’ of the 21st century are an evolving species. 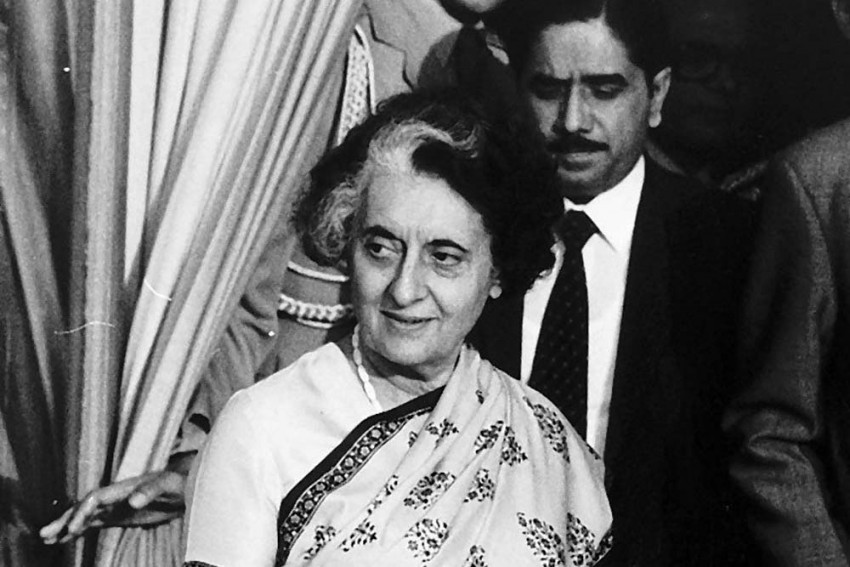 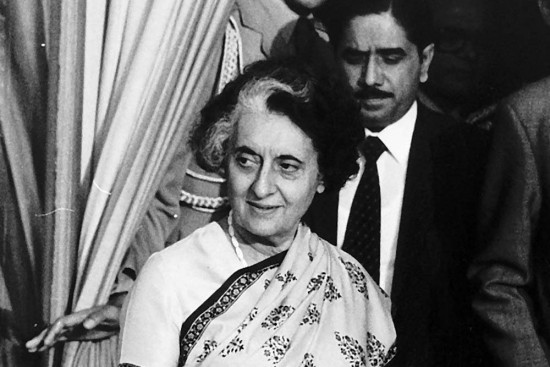 It may seem like a bit of political incongruity but Mayawati’s confid­ant-in-chief is a Brahmin. Satish Chandra Mishra, virtually number two in the Bahujan Samaj Party (BSP), has over the years emerged as the key political advisor, election manager and deal-maker for ‘Behenji’. The low-key Mishra is said to have negotiated the alliance with the Samajwadi Party (SP). And it was on his counsel that Mayawati vetoed the inclusion of Congress in the grand alliance. Both are chessboard moves that will alter the voting patterns of millions in Uttar Pradesh, with the capacity to mould the very shape of the 17th Lok Sabha one way or the other. Not just potentially game-changing strategic choices, but acts that can impact India’s political destiny way beyond their immediate circumstance of birth. And they emanated not entirely from a supremo’s instincts, nor the empty drums who rattle a lot on TV or Twitter, but a person largely in the shadows. Not Akbar, so to speak, but a silent Birbal. One who mostly speaks only off-stage.

It’s a whole array of roles and functions that they fill out. From number-crunchers to SWOT analysts, speechwriters to henchmen, fixers and Man Fridays and troubleshooters, OSDs and secretaries, mere factotums, or even full-blooded political animals who can read the winds and talk across party lines. In election season, the art of behind-the-scenes politics is perhaps more vital than the populist public rhetoric of leaders. The latter germinates in the backrooms, the real lab. This is where public manoeuvres are conceived and fine-tuned, this is where the hotlines buzz, where allies, potential allies and even enemies come calling. This backstage needs people who have a clear periscope to possible futures, and words flexible enough to realise them.

But for a leader, Mayawati or any other, it’s unspoken loyalty and complete discretion that are the most valued qualities in an aide. Mishra, a lawyer by profession, ticked these and much more. He was taken into the fold to expand the BSP’s catchment area beyond its predominantly Dalit base. After sharing power in UP in uneasy alliances with the SP and then the BJP, Mayawati tasted full majority only in 2007. The highlight of her victory: the seemingly incongruent addition of Brahmin votes to a ‘Dalit party’, the ‘Haathi nahi Ganesh hai’ phase…. Mayawati’s razor-sharp political brain was at work there, but soon she found another mind that could share the burden of tactical thinking on her behalf. He became perhaps the only ‘Chanakya’ to figure in the WikiLeaks revelations. The documents described him as “fluent in English and…the principal interlocutor between the US Embassy and the BSP”.

Indira Gandhi, back in the day, didn’t need to outsource her English, but an utterly loyal shadow was a total must for one who did not trust people easily. In fact, she came to acquire a few—R.K. Dhawan, M.L. Fotedar and P.N. Haksar. “All three were family loyalists and contributed to the making of Indira’s iron lady image. Fotedar and Haksar, both Kashmiri Pandits, had worked closely with Nehru too,” recalls a senior Congress leader. In her Pandit cabal, there were also P.N. Dhar and D.P. Dhar. But it was Dhawan, a stenographer in Nehru’s office, who “rose to become the most important person in her PMO”.

Their imprint isn’t often recognised. But whether the Man Friday in the shadows or political grandmasters or digital generals, they are vital to the plot.

The trust quotient, and deficits thereof, make for fascinating portraits even in such rarefied spaces. Dhawan was Indira’s ‘gatekeeper’ during the Emergency, instructing mantris and mukhya mantris alike. T.V. Rajeswar, the IB chief those days, wrote in his book that it was Dhawan who informed him about his appointment. However, the shrewd Indira didn’t allow him to exercise unrestrained power either: Fotedar was deployed as a foil to him. If it was Dhawan who carried the Emergency proclamation to President Fakhruddin Ali Ahmed for his signature, Fotedar was one of the two witnesses to her will. Fotedar was a kindly avuncular presence even for Rajiv and later Sonia Gandhi, who even referred to him as ‘Chanakya’. He was one of the strategists, along with Pranab Mukherjee and the late Arjun Singh, who gave shape to the UPA coalition that managed to end the Vajpayee era and rule for a decade. Haksar, Indira’s principal secretary from 1967 to 1972, advised her on bank nationalisation, and played a vital backroom role during all the frenetic strategising during the 1971 war that ended with the creation of Bangladesh.

Dhawan isn’t the only stenographer to inveigle himself into the inner circle of the Gandhis. Vincent George, though not in the same league as Dhawan, was first with Rajiv and then came to wield a disproportionate amount of power as Sonia’s PA—till he was investigated by CBI for, well, disproportionate assets. Though finally discharged, he lost the proximity and the borrowed eminence. Congress leader Ahmed Patel, who served as Sonia’s political advisor proper, has now managed to survive in Team Rahul too, after some discomfiting moments.

Over the years, the media managers of leaders also emerged as important backroom boys—doing as much of a crucial job behind closed doors as in the public, though in a less potent role. Indira had the erudite H.Y. Sharada Prasad, part of whose skills lay in knowing when to stay in the shadows and when to emerge with the right amount of information. Sanjaya Baru, who served as media advisor to Manmohan Singh till 2008, differentiates this role from that of the traditional ‘backroom boy’. “Media advisors are professionals in the PMO. Someone like Dhawan was a more political person,” he says. But he says his interactions with the media would flow back as inputs. “The main benefit of such information is that it may not be available to the PM through official channels like IB, RAW and the bureaucracy,” he tells Outlook. But 2008, of course, was another era. The blooming of digital media platforms now calls for a different kind of ‘backroom boy’.

The BJP, way faster in adapting to the new epoch, relies on a whole parallel world of social media generals and footsoldiers. But yes, the old-world manoeuvring skills of the late Pramod Mahajan, Arun Jaitley (often monikered as the ‘Chief of Bureau’ for his media management) and, more recently, Amit Shah are still critical. Alliance-making (and breaking), forging industry links, steering legal strategies, coordinating between HQ and the grassroots—take a Ram Madhav, a Piyush Goyal or a Bhupendra Yadav filling out these roles. Madhav’s hand was a significant one in swinging the Northeast for the BJP. He, in turn, was helped by his own team of strategists that included a backroom girl, Shubhrastha, who made Assam her home for over a year in the run-up to the assembly elections.

Part of the growing tribe of professional strategists, she started out with Prashant Kishor, the pioneer, in 2013 and was part of a volunteer outreach that turned the media image of Narendra Modi. “Our role is very fluid. We could be flowing from one vertical to another—from data analytics to social media outreach one day, strategising on communication the next. Though I’ve taken a definite political position that’s closer to being anti-Congress, parties are looking for professionals, not necessarily loyalists,” she tells Outlook.

There’s another kind of professional layer. M.R. Madhavan, founder of PRS Legislative Research, says MPs and MLAs also need proper research support. “An elected MP/MLA is like a CEO of a company looking after his constituency. They need research inputs and analysis…we provide them that assistance,” he says. PRS runs the LAMP fellowship that offers a platform for young Indians to engage with policy-making at a national level. A selected Fellow gets to work with a MP for almost a year. “This benefits the MPs and gives bright young people an opportunity to get into politics. Many of our LAMP fellows now work with leaders and joined their party,” says Madhavan.

It’s still a subsidiary role, says Ashwini Anand, a political consultant-­turned-tech entrepreneur. “High-calibre consultants can help bring a certain efficiency to the execution of any campaign. But they should be viewed, at best, as Gandiva bows to the Arjunas, rather than Arjunas themselves,” he says—they can’t swing an election on their own. “Ultimately, it’s not social media campaigns or PowerPoint presentations but the ability of the politician to connect....” But it’s a zone of mobility: subsidiary, maximally, can also yield an Amit Shah, who has risen from a satrap’s confidant to near-potentate. Read below the snapshots of India’s unknown regional Chanakyas carefully: you could be looking at a future kingmaker.

Who Are Akhilesh Yadav's Political Advisors?

Who Does Ashok Gehlot Turn To For Advice?