The irrepressible former Pakistan player and coach reflects on the defeat and Misbah-ul-Haq's disastrous shot, comparing it to his own astonishing effort, the last ball six in Sharjah which led to a historic win. 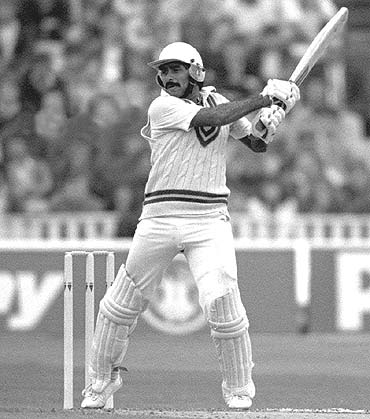 A former Pakistan player and coach, the irrepressible Javed Miandad reflects on the defeat and Misbah-ul-Haq's disastrous shot, comparing it to his own astonishing effort, the last ball six in Sharjah which led to a historic win. Excerpts from a conversation with Amir Mir:

What was your instant reaction to Pakistan's defeat?

Obviously, I was very disappointed because Pakistan was about to snatch victory from the jaws of defeat. We have maintained our losing streak to India in World Cup matches. It's the lack of planning which explains our defeat. The players can't be blamed, the poor management should be taken to task. Throughout this Twenty20 tournament, the opening pair was a problem. One also wonders why players going for an international tournament are not trained to cope with pressure.

Was the Indian team superior to Pakistan's?

Both teams were equally good despite the fact that both were playing with many young players and were led by newly appointed captains. That they were the best teams in the Twenty20 World Cup has...