The Kakars go over what you'd consider old ground, but it helps clear many a cobweb in the mind 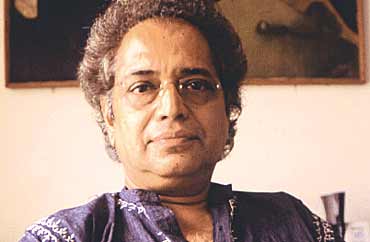 The Indians: Portrait Of A People
By Sudhir Kakar By Katharina Kakar
Penguin Pages: 232; Rs: 395
The best compliment I can pay this book is that I recognise myself in many of its pages. Sudhir and Katharina Kakar have written a compelling work on the cultural character of the Indian people. Even before this came along, I’ve found Sudhir Kakar’s writings on Indian society, culture and sexuality lucid, articulate and thankfully free of jargon.

I felt a leap of recognition when I read: "A man’s identity is...what makes him recognise himself and be recognised by the people who constitute his world. It is not something he has chosen, but something that has seized him. It can hurt, be cursed or bemoaned but cannot be discarded...."

Or this: "(India) has not so much absorbed as translated foreign cultural forces into its own idiom, unmindful or even oddly proud of all that is lost in translation." One look at popular Indian films would be enough to convince anyone of this statement .

There are many telling observations. For instance, "In a contentious Indian polity, where various groups clamour for recognition of their differences, the awareness of a common Indian-ness, the sense of ‘unity within diversity’ is often absent.... Their family resemblance stands out in sharp relief only when it is compared to the profiles of peoples of other major civilisations or cultural clusters."

It is difficult to argue with much of what the book says since it relates to the common experiences of most urban Indians. Some of the generalisations may appear a bit too sweeping but they do have the ring of truth.

"If there is one ‘ism’ that governs Indian society and its institutions," according to the authors, "it is family-ism". Once again one can find many illustrations of this centrality of family and kin in popular cinema.

The chapter on caste talks of the tenacious hold of hierarchical principles even after constant buffeting from modern egalitarian ideologies. "What the egalitarian ideology has undoubtedly accomplished is to increase the hypocrisy, the gulf between private disparagement and a politically correct public stance towards Dalits." All this is self-evident and all-pervading in upper-caste Hindu society.

Chapter after chapter takes us over the familiar landscape of Indian social and cultural experience which we usually take for granted. When articulated by the authors, it suddenly becomes far more revealing...the virtues of the joint family, the ideal of ‘ardhanareeshwara’, the visualisation of a married couple as a two-person entity and so on.

Health, religious and spiritual life, all come under scrutiny. One observation that couldn’t escape my attention was: "Even by accepting other religious traditions as valid, as pointing to the same truth, from the vantage point of the higher ‘universal’ wisdom of Hinduism...Hindu nationalists and others may ultimately be hindering a dialogue with other faiths and the possible evolution of a universal ethics. In the long run, discerning a common Vedantic monism in all other religions leads not to harmony and friendship but to misunderstanding and discord."

On Hindu-Muslim conflict, the book articulates what we know but hate to admit to ourselves: "A Hindu is born only when the Muslim enters the scene. This is not so for the Muslims who do not need Hindus for self-awareness."

The final chapter on the Indian mind is both provocative and revealing. As the authors say, "There is no notion of a universal human nature in Indian culture and thus we cannot deduce ethical rules like ‘Man shall not kill’ or ‘Man shall not tell an untruth’ or any other unitary law for all men. What a person should do or should not do depends on the context." This is as true as it gets. There is no doubt that we Indians expect our rules and laws to be context-sensitive and see everything in relative terms.

After reading the book, which I recommend strongly, it struck me that, perhaps, popular cinema and television soaps tell us more about ourselves than we care to admit. The Indians—Portrait of a People clears a lot of cobwebs in one’s mind, it certainly did mine. The picture that Sudhir and Katharina Kakar paint is not an unfamiliar one. But one caveat. Doesn’t this book describe and define only the urban middle-class Indian rather than what the book’s title suggests?