Women Just Love Him! Why Naveen Patnaik Is Just Unputdownable In Odisha

Naveen Patnaik has been synonymous with politics in Odisha. The Biju Janata Dal leader's relationship with the common man, especially women, has confounded critics and Opposition. 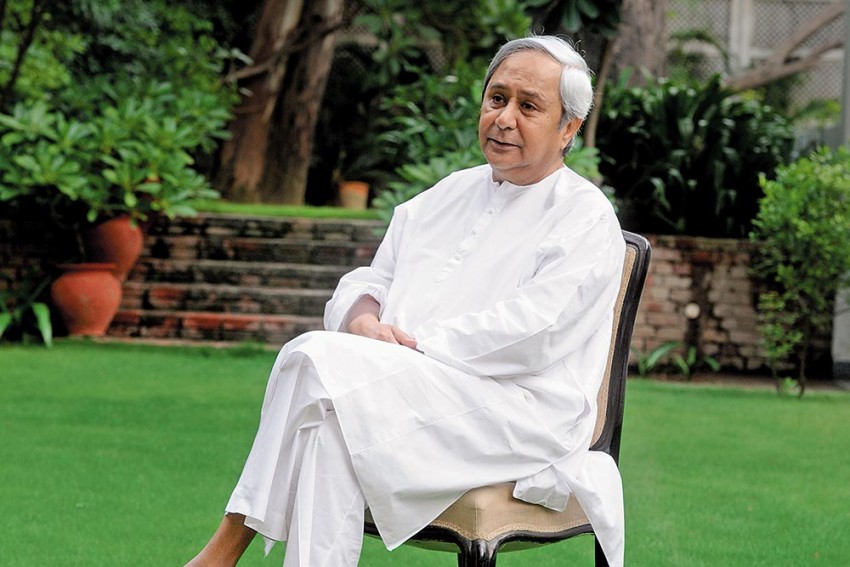 Photograph by Tribhuvan Tiwari
Sandeep Sahu May 01, 2019 00:00 IST Women Just Love Him! Why Naveen Patnaik Is Just Unputdownable In Odisha 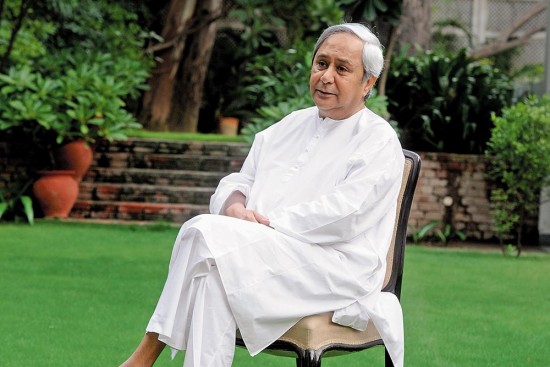 The cracks are showing, for sure. But as the curtains came down on the simultaneous, four-phase  Lok Sabha and ass­embly polls in Odisha last week, the fissures didn’t look wide and deep enough to seriously threaten the fortress that the ruling Biju Janata Dal (BJD) has built itself into over the past two decades. The consensus in the state is that the BJP is all set to make some serious gains in the Lok Sabha polls. Remember, it won just one out of 21 in 2014. But when it comes to the assembly, it’s still BJD, though with fewer than the 117 seats it won then. In short, Modi at the Centre; Naveen in Odisha.

Even BJP leaders are admitting as much. “While there is no doubt that the BJD is not quite the force it was in 2014, the spell that Naveen Patnaik has cast on the people hasn’t worn off enough for them to unseat him in the state. We are expecting between 14-17 seats in the Lok Sabha. But in the assembly polls, we would be lucky to go beyond 40,” a BJP leader, who spoke on the condition of anonymity, tells Outlook.

If the prevailing wisdom is borne out by the results on May 23, it would mean a clear departure from past voting traditions in the state. Odisha has always plumped for the same party whenever Lok Sabha and assembly polls have been held together. But there is no mistaking a pan-Odisha surge in the BJP’s fortunes —and not just in respect of the parliamentary elections—this time. Nowhere is this surge more visible than in coastal Odisha, which has rem­ained an impregnable fortress for the ruling party since the days of the BJD-BJP coalition. Till 2014, the BJP was only a marginal player in this politically crucial region, with the Congress being the principal challenger to the BJD. But this election, the BJP has emerged as the primary threat to the BJD, pushing the Congress to the third place. By all accounts, the party stands to make impressive gains in this hitherto BJD bastion. But the numbers may still not be enough for them to make a serious bid for power in the state.

So, what exactly is the ‘spell’ that the BJP leader talks about? How is it that the ‘spell’ refuses to wear off even after four successive terms in office? What is it that has made 72-year-old Naveen Patnaik,  tick all these years. And still look good enough for a fifth?

There are no easy or straight answers. Pundits have scratched their heads trying to figure out the special bonding that the BJD supremo has built with voters for two decades now, but without much success. Detractors, of course, would say he has perfected the art of ‘dole for vote’. Some would attribute it to ‘cash for vote’. Still others would blame it on an ineffective Opposition. But all this still doesn’t explain Naveen Patnaik’s continued honeymoon with the people of Odisha. As Sasmit Patra, BJD spokesperson, is at pains to emphasise in a chat with Outlook: “We shouldn’t forget that the BJD is perhaps the only party in India that has increased its tally both in terms of seats and vote share in every successive election. Far from any anti-incumbency, it’s actually a case of pro­­-­­incumbency here.”

Women, in particular, have been so much in thrall of Naveen that the Opposition has been at its wit’s end how to break this special bond.

If one were to squeeze the answer into just one word, it would perhaps be chemistry. Over the years, Naveen has built a relationship of trust with the people of the state. The fact that he is Biju Patnaik’s son, his bachelorhood, his polite, dignified manners in public and his inability to speak Odia (yes, you heard that right!) have all combined to give him a persona that no one in the Opposition has been able to match up to. People just adore him. One just has to watch the crowd going ga-ga as Naveen makes mincemeat of the Odia language reading out from a script written in Roman to understand this uniquely Odia phenomenon.  There are areas where you are in serious danger of being beaten up—not by BJD workers but ordinary people, mind you—if you speak ill of their “god”.

Women, in particular, have been so much in thrall of Naveen that the Opposition has been at its wit’s end how to break this special bond. “What does one do? Women just adore Naveen. They are just not prepared to listen to you,” the ever-ebullient Congress leader Suresh Routray had conceded grudgingly after the results in 2014. More than 70 per cent of women were believed to have cast their vote for ‘conch’ (the BJD symbol) in that election. In fact, Naveen himself and the conch are the only two things that matter. The candidates are just incidental for most rural voters.

Things may well have changed in this election. The fissures are now clearly visible in the bond. The Naveen government’s unabashed promotion of liquor has angered/upset many women in rural areas, notwithstanding the series of doles he announced for them in the run up to the elections. The announcement that the BJD will reserve 33 per cent of its Lok Sabha tickets  for women  earned him political brownie points, but it doesn’t seem to have paid much dividend in terms of votes. However, the 70-lakh strong self-help groups (SHG) network built under the ‘Mission Shakti’ initiative still remains the bedrock of Naveen Patnaik’s support.

The youth is another large force that has stood behind Naveen in the past. But this time, a significant section of them, disillusioned by the lack of jobs (Odisha’s unemployment rate has been higher than the national average as per the leaked NSS survey data), has changed loyalties and moved over to the BJP side, weakening another pillar of support for the BJD boss.

No one knows it better than Naveen that he is battling against heavy odds to emerge victorious for the fifth straight time. And the surge in the BJP’s support is only part of his problem. A far bigger concern is the fact that there are definite signs that while his personal equation with the people remains largely intact, a certain degree of disillusionment—even disgust—has crept into the minds of the people against the corrupt ways of his government and the arrogance of his party men.

In the 10 years or so that he was at the helm of affairs in the BJD, the late Pyari Mohan Mohapatra had built the party, brick by brick, into a formidable force. Naveen inherited the party from him and took matters into his own hands when Mohapatra’s ambition got the better of him in 2012. But with his natural aversion to handling the nitty-gritty of party affairs, Naveen Patnaik  virtually outsourced the job to a coterie of bureaucrats and a handful of young party leaders, who have taken the party to a stage where it is seen by many as a party of thugs, goons and charlatans. The large-scale violence allegedly unleashed by BJD workers, which included at least four killings, during the just-concluded elections in the state helped buttress that impression.

It remains to be seen if Naveen Patnaik’s personal chemistry with the people would be good enough to paper over the cracks that have appeared in the BJD edifice. But at the moment, it certainly looks like it would—and set him well on course to chase the rec­ord as one of the longest-serving chief ministers in India.

Heaven And Hell: How Kashmir's Tourism Industry Is Sinking After Pulwama Attack