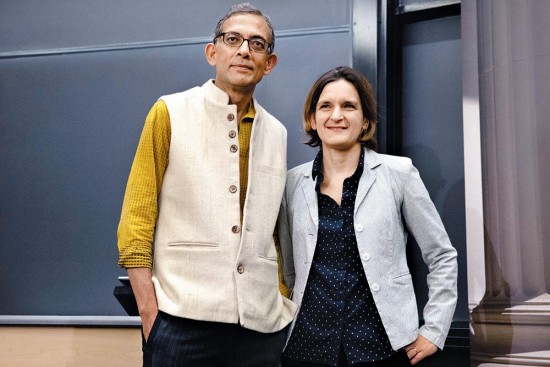 I met late professor T.N. Srinivasan (popularly known as TN) a couple of months before he passed away in November 2018. Despite his original contributions to trade theory, ­development economics, inequality and poverty, he never won the Nobel in economics. His colleague at Yale had once ­remarked that TN would get not one but two Nobels. I was too much in awe of TN to ask this question but my friend asked him directly if he could think of an Indian economist who might win the Nobel for economics in the near future. He said, “Abhijit but not so soon”. He was right but not entirely.

After studying at University of Calcutta, Abhijit Banerjee went to Jawaharlal Nehru University and Harvard, where he completed his doctoral research. He then took up faculty positions at Princeton and in quick succession at Harvard and later at MIT, where he is the Ford Foundation inter­national professor of economics.