Advertisement
Home National
The Road Ahead

We, The Makers Of This Calvary

Asphyxiated and ravaged, India resists the coronavirus flailingly. Much of the tidal wave was foreseen, but complacently dismissed. We need all hands now to fortify ourselves against the next, inevitable attack. 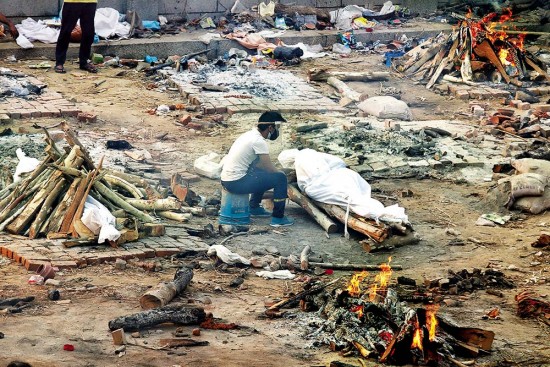 It was last October that Nobel laureate Joseph Stiglitz described India as the “poster child of what not to do” in handling the Covid-­ind­uced crisis, slotting the country with the US and Brazil. Six months ago, the economist’s sharp tone could perhaps have been brushed aside, given that things were actually looking up. The epidemic, at least, was heading the other way—down. But now, it would seem prophetic—a textbook case of how things can go horribly wrong just when they were going swimmingly well.

Or were they? And, where did this tidal wave come from and what were the signals we missed? Even as distress of an extreme variety unfolds all around us, the fact that it can happen—anywhere on the planet—is the sobering reality to anyone watching from afar. “It’s a fragile situation globally,” was how the WHO’s COVID-19 technical lead Maria Van Kerkhove put it this week. Yes, other countries have seen the steep epicurve that’s currently playing out in India—a near-vertical climb all of April—but not of this scale. You don’t need a graph to tell you that.