Delhi deputy CM Manish Sisodia speaks to Outlook about AAP's education model and what lies ahead for Delhi's govt schools. 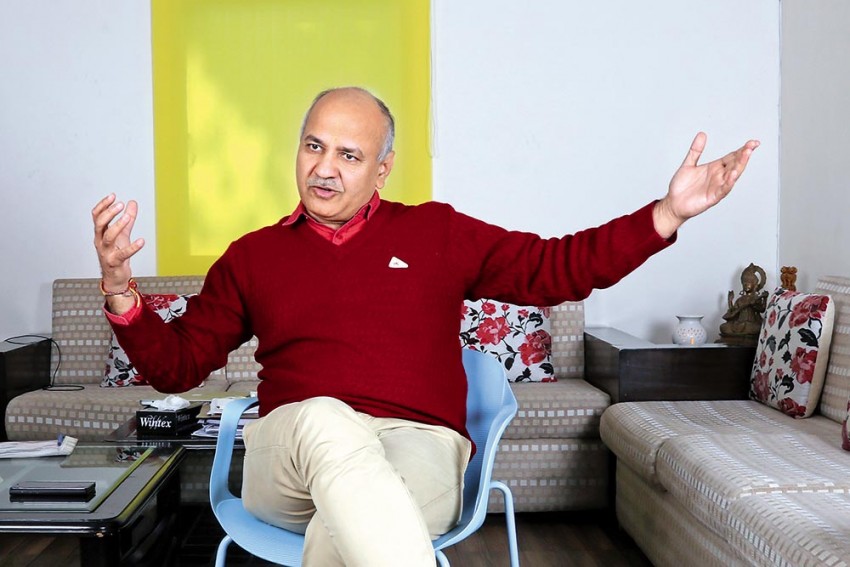 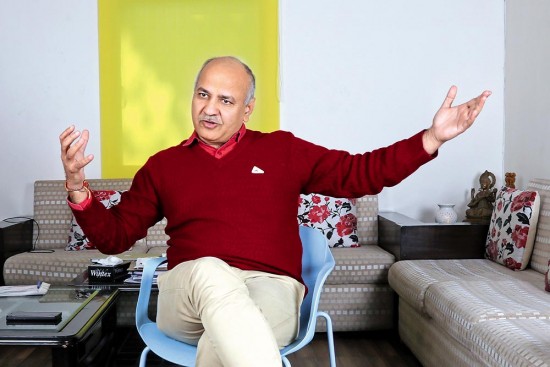 Delhi deputy CM Manish Sisodia, who has the state government’s education department on his watch, speaks about the AAP effect in the sector. Excerpts from an interview with Salik Ahmad:

There is much buzz about the AAP edu­cation model. What are the three foremost reforms?

This is not the first time work is being done in the education sector in the country. Many good schools and colleges had been established before we came on the scene, but they serve only 5 per cent of the population. Quality of education is substandard for the rest. We have tried to ensure that all students get a basic minimum level of education. Our major interventions have been in infrastructure and teacher’s training, besides introducing the ‘happiness curriculum’.

You have introduced grouping of students acc­ording to learning abilities. What about the self-esteem of those categorised as ‘weak’?

Those who are questioning this have no classroom experience. Suppose a class 6 student doesn’t know how to read or do basic maths, how do you expect them to understand the structure of the atom? If a student can’t read English letters, how do you teach them English poetry? We have to bring them on a par with others. If a child can’t read, what is the problem in teaching her how to read?

“If a class 6 student can’t read, what is the problem in teaching her how to read, in order to bring her on a par with ­others?”

I would like to explain to him that 8,000 world-class classrooms have been built and another 12,000 are in the making. We are already in talks for acquiring buildings for 20-25 schools. The plan is afoot, and we have already achieved more than what we started out to achieve. The BJP chief should be ashamed that he actually got land meant for a school converted through the Delhi Development Authority (DDA) and built his party headquarters there.

But there is a need for new schools, especially in areas that have none.

The DDA refuses to allot any land to us. Despite the high court order to provide 4,000 square metre of land for an Idgah school, the DDA is only giving 1,600, saying the rest would be developed as a parking lot. Still, making best use of whatever powers the Delhi government has, we have done more than one would have thought possible.

Almost everybody starts taking private tuitions from class 6, some even from class 3. Why?

We need to change our assessment system. Why does a class 7 student jump off a terrace after he is caught cheating? Why does a student from class 9, a music star of his school, commit suicide? Parents have this phobia now that if their children don’t score full marks, they would be left behind. This phobia makes them send their ­children to tuitions.

A circular last August stated that students who fail twice should be encouraged to join Patrachar or National Open School and not admitted as regular students.

We don’t have enough infrastructure. Students who fail class 9 or 10 twice or thrice drop out of the system. The only way to retain them is by providing slightly low-end content. They fail because CBSE’s content is a little too high-end for them. So we have turned to Patrachar in which the student is out of school, and yet we have arranged classes for them in school. Providing them daily classes and teachers is, in fact, a huge reform.

Children from neighbouring states, living just outside the Delhi border, are not being admitted to Delhi schools.

If our government is formed in those states, I will allow them. You should ask the BJP why the education system under their rule in Haryana and Uttar Pradesh is so bad that the kids have to go to Delhi schools. As an administrator, my boundary is the Delhi border. People of Delhi pay taxes to provide education to their children, so why shouldn’t I ­restrict access to the schools here?

What lies ahead for Delhi’s schools?

I believe the biggest lacuna of our country’s education system is that we are producing only job-seekers, not job-providers. If all kids are job-seekers, where will the job-providers come from? Surely, from schools in the US and Europe. That is why they are bosses to our best talent. We need to ­produce job-providers.

Lessons, At School And In Life