Tourism business in Bodh Gaya has taken a massive hit. Last year, more than 3.5 crore tourists visited the state. Of them, almost 11 lakh were foreigners 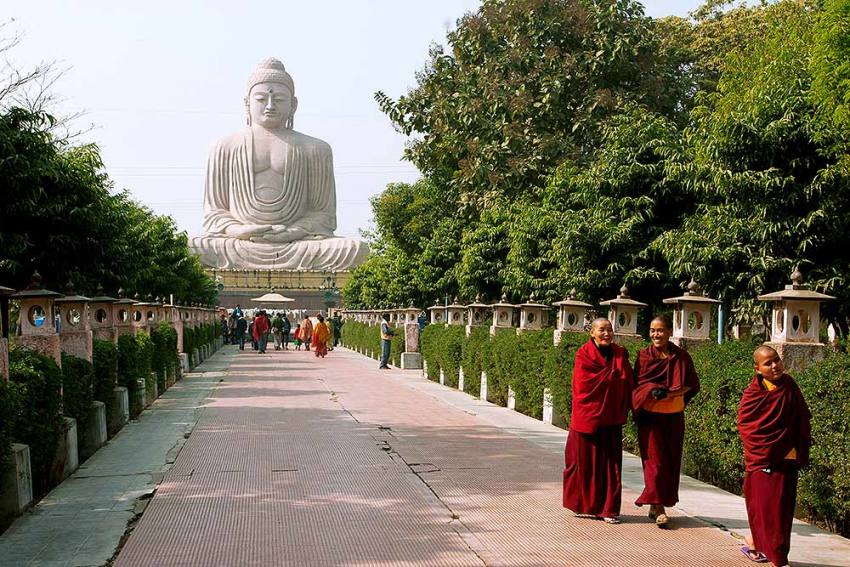 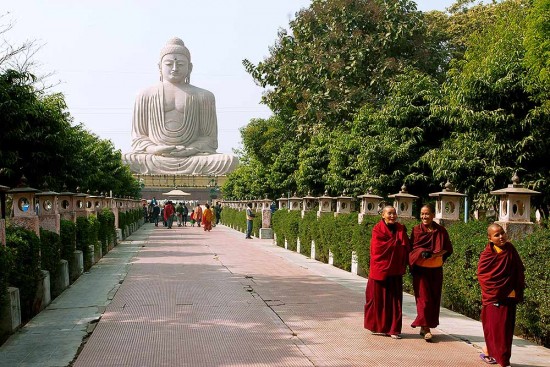 Bodh Gaya has been desolate ever since the lockdown was enforced. The pilgrims, tourists, nirvana-seekers and mendicants who frequented the holy town, where Gautam Buddha attained enlightenment more than two and a half millennia ago, are missing. Their absence has dealt a crippling blow to the tourism industry that sustained the local economy for centuries. “The virus has ruined the tourism ecosystem,” says Sanjay Singh, general secretary, Bodh Gaya Hotel Association. “There are about 40 large and 70-80 smaller hotels in the town, but these have remained shut for over three months.”

Singh, who owns Delta International Hotel, adds that the government has all­owed hotels to reopen, but business remains negligible because of lack of visitors. “We are neither getting dom­estic tourists nor foreign ones, who were the backbone of our revenues. Worse, there are no corporate clients or wedding bookings because of social distancing norms. I don’t see any ray of hope. I doubt things will improve soon,” he says. “People are wary of hotels and we are apprehensive about customers.”

ALSO READ: And Quiet Flows The Ganges... No Divine Blessing For Devbhoomi As Tourism Suffers

The pandemic hit the tourism sector when Bihar, especially the Buddhist circuit, was hoping for a boom. Last year, more than 3.5 crore tourists visited the state. Of them, almost 11 lakh were from abroad. Almost half of the foreigners visited Bodh Gaya in 2019. In 2018, more than a million foreign tourists came to Bihar. Their number will, of course, come down drastically this year. “The scenario is bleak,” says Arun Kumar Ojha, a travel industry expert based out of Bodh Gaya. “Only a few hot­els have reopened. Most hotels have reduced the salaries of their staff, sent them on furlough or even retrenched them. Nobody knows whether things will look up once the tourist season beg­ins in October.”

The corona scourge struck towards the end of the October-March tourist season earlier this year. Most visitors from Sri Lanka, Japan, Myanmar, Thailand, Cambodia and other countries with a large Buddhist population usually visit Bodh Gaya, Nalanda, and other places in Bihar’s Buddhist circuit. Thousands of Hindu pilgrims, mostly Indians, throng the fortnight-long Pitripaksha Mela, held on the banks of Falgu river in Gaya district before Durga Puja every year. However, given that there is no let-up in the number of COVID-19 cases till now, locals are worried about its impact on the mela this year.

ALSO READ: Why Hotel Business In Rajasthan Not In The Pink Of Health

“Even if things improve, I don’t think more than 25 per cent of the tourists will visit Bodh Gaya this year,” says Arvind Kumar, member of Bodh Gaya Temple Management Committee, which oversees the management of the Mahabodhi temple, one of Bihar’s two UNESCO World Heritage Sites (The ruins of Nalanda are the second). While Bodh Gaya remains the holiest city for Buddhists, Kumar says the problem is that 90 per cent of foreign tourists come to the Buddhist circuit in large groups. “It is not like Goa or hill stations, where couples go for honeymoons or small parties visit for sightseeing. Social distancing norms will deter pilgrims from coming here.”

“Some hotels have reopened, but you can find their receptionists and managers dozing off, waiting for elusive customers,” says Kumar. With no signs of an immediate recovery, the locals dependent on tourism are seeking a bailout package from the government. “So far, we have not received any incentives, but I hope that officials will do something to resuscitate the domestic tourism sector, as they did in Japan,” says Singh.

ALSO READ: In God's Own Country, It's Reboot Time For Tourism Sector In Kerala

It is not just hoteliers and tour operators at the receiving end—the shutdown has robbed small vendors of their livelihoods. “They looked forward to the arr­ival of busloads of students on mandatory educational trips organised under the Mukhyamantri Paribhraman Yojana,” says Ojha. “Those trips have stopped because schools remain closed.” State tourism officials believe that domestic tourists will start returning to the Buddhist circuit before foreigners and help bring the industry back on track. Locals, however, aren’t as optimistic. As a quote attributed to Buddha goes, “The past is already gone. The future is not yet here.”

‘In Future, Tourism Will Totally Change’

To Travel Or Not? Privacy, Security, Health Will Be Key As Exotic Locales Beckon

Paradise Lost! Kashmir's Tulips In Full Bloom But Where Have The Tourists Gone?