With 4,196 hours of internet blackouts that cost more than Rs 1,000 crore in 2019, India is the third worst-hit and economically affected country after Iraq and Sudan 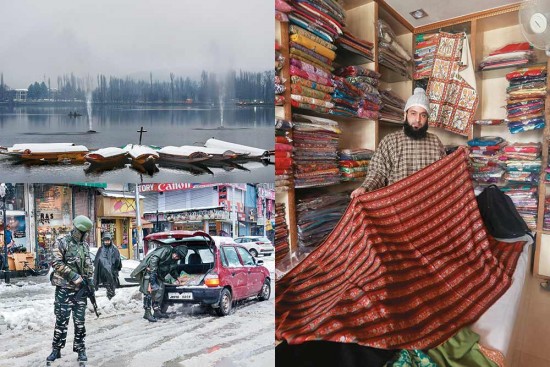 A Kashmiri winter, a blanket of snow—the whiteness of the landscape reflects the bleak black-and-white starkness of the times for people like Owais Ahmad Baba, 30, a fourth-generation craftsman and owner of a shop selling fine, embroidered pashmina shawls in Srinagar’s old quarters. He opens it every morning and closes by 1pm. He has no choice. There’s civil disobedience against the revocation of Article 370 —that axe-slice on August 5 last year that chopped up Jammu and Kashmir into two Union territories, yanked away its special status, and brought the longest internet shutdown in a democratic nation. Hardly any buyer shows up at his shop, and he can’t look for customers online because of the internet curfew. A desperate Owais prays and pleads: “I am ready to sign any bond with police and civil authorities in Kashmir if they restore the internet for me. I will use the internet for my business and business alone.”

Strangulation of our wired world—commonly known as internet shutdown—is a tool governments are using increasingly to maintain law and order, or nip volatile rumours (official alibi) on social media, or quell dissent (public opinion). With 4,196 hours of internet blackouts that cost more than Rs 1,000 crore in 2019, India is the third worst-hit and economically affected country after Iraq and Sudan, a study by UK-based tech research firm Top10Vpn reveals. The most affected states are Jammu and Kashmir, Arunachal Pradesh, Assam, Meghalaya, Rajasthan and UP.