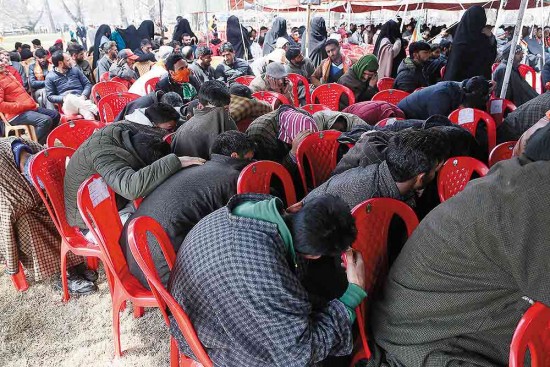 Jammu and Kashmir is not just a state, it is a dichotomy. Nothing illustrates this better than the contrasting fortunes of the BJP in the two reg­ions. Jammu is an old saffron fortress, and the BJP will be going ahead with the predictable, emotive themes it uses elsewhere—‘national security’ has a high resonance in this border region, and the Modi factor plays right into that. Add the “deportation of Rohingya Muslims”, and you have it pat. In Kashmir, though, the party finds itself unable to mouth the hawkish slogans about Kashmir that it deploys nationa­lly­—issues like the removal of Articles 370 and 35-A—so it presents a more moderate face. But when even homegrown parties like the National Conf­erence and the PDP find their popular acceptability shrinking, can India’s most hardline party have any traction at all?

One finds the three BJP candidates from the Valley—Khalid Jehangir, Sofi Yousuf and Maqbool War—restricting their rhetoric to the “developmental agenda”, citing a lot of initiatives by the BJP as part of the coalition that ruled J&K for four years. “We have given five lakh gas connections in the Valley,” says 59-year-old War. Jehangir, 43, says it was only the PDP’s “divisive agenda” that derailed its schemes.