In an interview to Outlook, actor-filmmaker Aparna Sen shares her views on some of the fast-paced developments unfolding in West Bengal's polity. 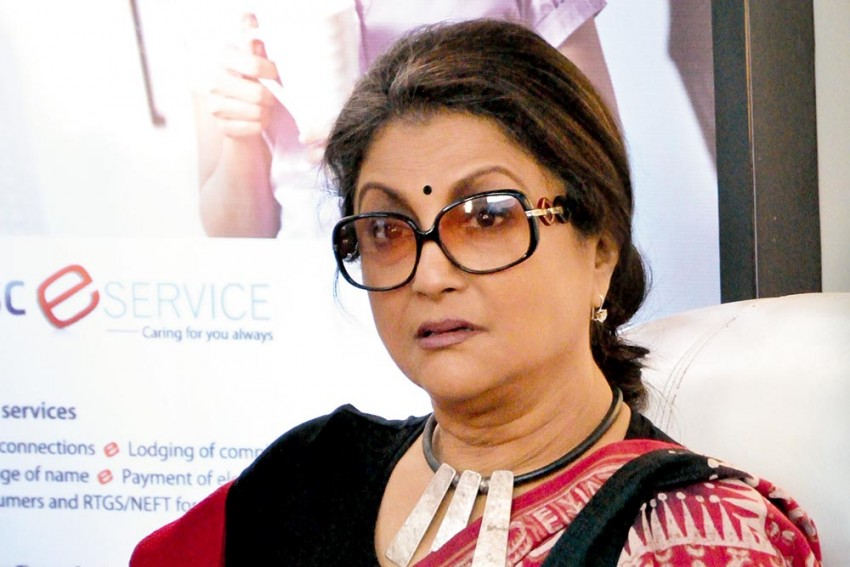 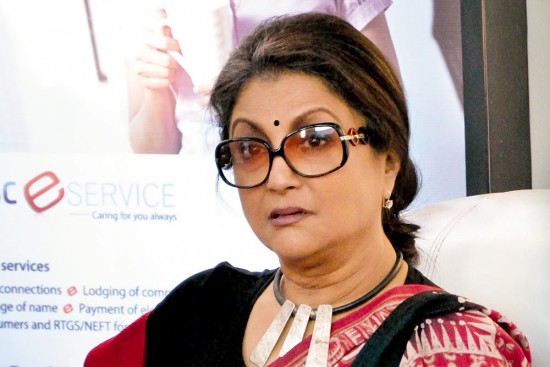 Actor-filmmaker Aparna Sen has been an active and vocal member of Bengal’s civil society. In an interview with Pranay Sharma, the acclaimed director shared her views on some of the fast-paced developments unfolding in the state’s polity. Excerpts:

Recent developments in Bengal show the state has been polarized on communal lines?  Are you worried?

Very worried. West Bengal, like Kerala, was one of the few states where we had practically no communal problems. The Left Front government, for all its faults, contained communal flare-ups very quickly. But after 2011, the appeasement of the minorities by TMC has divided the state along communal lines, and the opposition has been adding fuel to that fire very successfully to destabilize the state further.

To outsiders Bengal always had the image of a liberal-secular state. But does the recent polarization indicate such credentials lacked deep-roots in the society?

Perhaps. Actually, ever since the Partition of India, there was probably some hidden resentment among many Hindus that the Muslims had got a state of their own while the Hindus had not. However, the effects of the Bengal Renaissance and the Gandhian-Nehruvian ideology were still very strong among the educated middle class who were, to a large extent, responsible for forming public opinion. Tagore's influence too, was a great unifier. But, with globalisation and the rise of consumerism in the rest of India, those ideals came to be gradually discredited. An unholy alliance of Hindu fundamentalism and consumerism had started which washed away remnants of the Tagore-Gandhi-Nehru ideals, and discarded them as outdated.

What is the situation now?

With the advent of the digital medium, the habit of reading slowly disappeared from the younger generation. The majority of them no longer read history, and neither know nor care about the price at which India’s freedom was won, or about what part Muslims played in it.  A good many have been brainwashed into believing Savarkar was a hero and a great patriot, completely suppressing the fact that he had signed mercy petitions and a bond to the British to get out of Cellular Jail. Similarly, Gandhi is being portrayed as the person responsible for the Partition of India and Nathuram Godse is being hailed as a patriot! Sadly, with many of the Hindu citizens of Bengal, if you scratch the surface, there is a deep-rooted mistrust and hatred of Muslims. Every Muslim has become a potential terrorist, even though lynching of Muslims has not yet started in Bengal, thankfully! But all in all, the distrust of Muslims all over India reminds one of the way Blacks were once treated in USA!

The civil society is accused of failing to rise to the challenge posed by communal forces. Why did it fail?

To start with, the so-called civil society is confined to a very small number of people who are essentially urban. They are perceived as elitists who have no connection with the grass roots. There are small groups, NGO-s mainly, working at trying to make a difference, but they are hugely outnumbered by people who want economic development at any price, even if it means that India becomes a Hindu Rashtra, not realising the inherent danger in that. A large number of students and a massive section of the urban educated middle class have become pro BJP. The main reason for that is because they see no alternative. The TMC had come in with a huge popular mandate after the 34-year rule of the Left Front was overturned. But, in spite of having done some good work, the TMC failed to bring about changes the electorate of West Bengal expected.

Political violence and killings have become par for the course in Bengal. Why is there so little space for dissent?

The TMC worked hard at eliminating all opposition from Bengal. So much so, that the Congress and the Left have become practically non-existent. This is a great setback, because you always need a strong opposition to check the excesses of any ruling party.

As a commentator and artiste do you think dissent is essential for a society’s growth and development?

Of course! Dissent, debate and freedom of expression are the very pillars of democracy. Actually, the social media has been very vocal in its criticism of the ruling party, with many people airing their views on Facebook, even though the criticism is not always very constructive. But I doubt that TMC has a cell to actually monitor the social media comments, gauge the mood of the people and put the feedback to effective use.

Do you think the civil society in Bengal should have played a pro-active role by staging protests and public demonstrations to condemn acts of violence that are being carried out with impunity in the state?

Some of us did protest against many of the wrongs of the ruling party from the start, but the number was not great. I think for quite a while, people were expecting the TMC to deliver on their pre-election promises. Ordinary people have their lives to lead and their livelihoods to pursue. It is only when matters come to a head like they did with the strike of the junior doctors at NRS, that the whole state sits up and people take to the streets in protest. An astonishingly large number of people marched along with the doctors on 14th June to express their solidarity.

During Singur and Nandigram the civil society had taken the lead as the conscience-keeper of the Bengali society. Why was it silent in the past eight years?

The atrocities at Singur and Nandigram had shocked the civil society. The Shilpi Sanskritik Karmee Buddhijeebi Mancha was established in 2007 to support the farmers in their movement against land grab in order to bring in big industry to West Bengal. Everyone recognized the need for industrialization in Bengal, but not at the cost of taking away fertile agricultural land. The people who formed this Civil Society forum in support of the farmers were mostly leftist intellectuals.  Sadly most of these towering figures have passed on. What is significant, is that not only the intelligentsia, but thousands of ordinary people took to the streets in a protest march after the atrocities in Nandigram. The votes that went to the TMC, were votes against the Left Front, just as the votes that went to the BJP in 2019 were votes against the TMC.

What is the state of the Society now?

The passing of Tarun Sanyal who was the president of the Society, and many important members of the advisory board left the society in a vulnerable state. The Society has lasted for eleven years and is still functional, protesting against the ruling party and in several other areas of wrong-doing. Sadly, these protests have not had the publicity they deserved, and in public perception, the Society has practically ceased to function.

Many prominent personalities of the civil society had either joined politics or decided to join various government committees once the government in Bengal had changed in 2011. Did their credibility suffer because of this?

It certainly did. Unfortunately, these individuals managed to discredit as a whole the completely non-partisan Society by joining the ruling party. In public perception, the Civil Society was seen as opportunistic. Most people do not know the facts behind what had happened.

The assault on junior doctors is another development that seemed to have divided Bengal. How do you see them panning out in the coming days and what steps must be taken to ensure they don’t recur in future?

Fortunately, the junior doctors had an interface with the CM in the presence of the press, and have been assured their demands for permanent police protection and improved infrastructure will be met. The attack on doctors is not new in West Bengal. It has been happening since the days of Congress rule, and doctors have always been vulnerable. Failure of infrastructure has also been a long-standing problem, and doctors have held strikes in the past as well. The longest strike by doctors in a government hospital happened in 1974 when Siddharth Shankar Roy was the CM and Ajit Panja was the Health Minister. The strike had lasted for 40 days. During Jyoti Basu’s tenure, the junior doctors had stopped working for 21 days in 1983 and for 9 days in 1991. What is shocking, is that nothing has changed in four decades. The only way of stopping the recurrence of such strikes in future, is for the CM to make good her promises.