With grace, civility and humility, the BJP leader shone in her own light 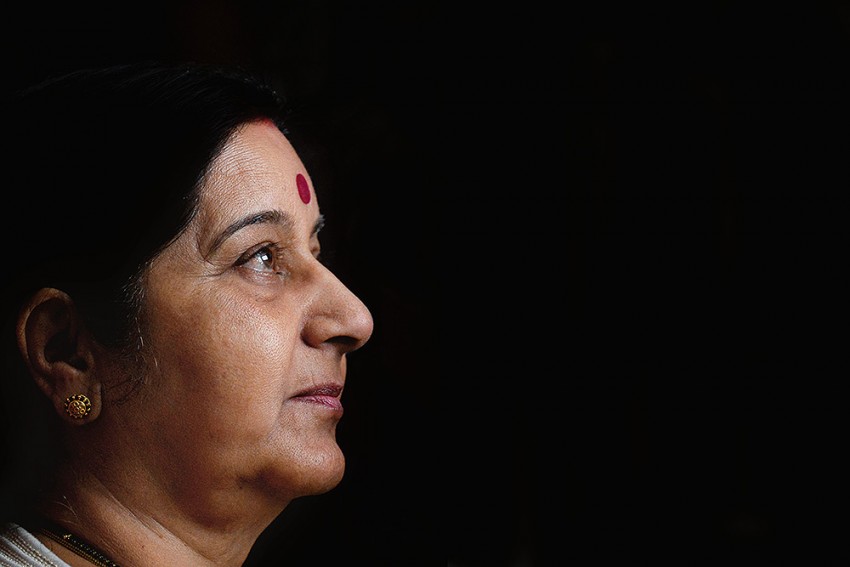 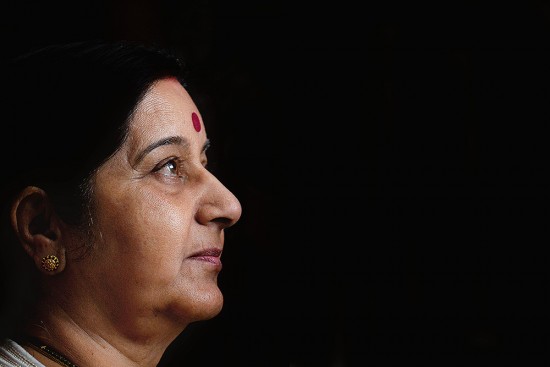 I knew Sushmaji from the early 1970s when we were both studying law at Panjab University in Chandigarh; she was two years my junior. We had been political opponents since our days in student politics. But even then Sushmaji displayed a rare maturity of political mind. What endeared her to everyone, including people like me who were firmly affiliated to the Congress, was her firm belief that ideological rivalry should not be mixed with personal camaraderie.

I distinctly recall how, when I was secretary of the Panjab University Students’ Union and she was just a first-year student, we were organising a function. Though she was a newcomer and one with a strong affiliation to the RSS—an outfit Congress-backed union office-bearers abhorred—I asked her to compere the programme because she could hold an audience in rapt attention, a quality that held her in good stead throughout her illustrious political career.

Later the same year, there was another incident which brought us closer. I remember that the university’s Hindi department had to select two students for the prestigious A.C. Bali Memorial Declamation Contest for colleges across Punjab and Haryana. Sushmaji had won the contest for two consecutive years before she had joined the Panjab University. She wanted to be  selected as one of the speakers but, for reasons none of us could fathom, the Hindi department wasn’t keen. Since her oratory skills had already earned a huge fan base, I rallied the Congress-affiliated students’ union members demanding that she be nominated. The department finally agreed and Sushmaji won the contest, becoming the only speaker till date to have achieved the feat for three consecutive years.

I have no qualms in conceding that she left me far behind in the national political arena soon after our Panjab University days. At just 25 years of age, she had become the youngest cabinet minister in the Haryana government in 1977 and I went to meet her in Chandigarh to celebrate the achievement.

In later years, her political standing remained on the ascending. Her dedication to her political party, the Janata Party and then the BJP, her discipline and her steely resolve to never shy away from an electoral challenge ensured that she made space for herself in power politics. It was this discipline and dedication to never challenge the party line that saw her making an easy transition from politics in Haryana—her home state—to Delhi, Bellary in Karnataka (when she unsuccessfully contested the 1998 Lok Sabha polls against Sonia Gandhi) and eventually Vidisha in Madhya Pradesh.

Our paths as political rivals crossed again between May 2009 and October 2011 when I was inducted as Union minister for parliamentary affairs in Dr. Manmohan Singh’s cabinet. She was the leader of Opposition in the Lok Sabha. Some people, especially political journalists in Delhi, were quick to speculate that I was given the portfolio because of my rapport with Sushmaji which would help our coalition run legislative business of Lok Sabha smoothly. How wrong these speculations were is now well documented! Politically, Sushmaji proved to be an unyielding opponent—for her it was always the party line that came first while dealing with political matters; if the BJP demanded of her to be disruptive, she would do so even if personally she was for resolving disputes through dialogue.

By 2011, our government was already facing severe criticism on many fronts, including the allegations in the 2G spectrum allocation, I had to often call on Sushmaji  and her counterpart in the Rajya Sabha, Arun Jaitley, to find ways of allowing Parliament to function. Despite our hostility in the House, she was always warm whenever I called on her and would calmly put her point across. Throughout a Parliament session, she would call me before the next day’s sitting and ask: “Kal kya agenda la rahe hain Pawanji, mujhe bhi taiyari karni hogi (what is your agenda tomorrow, I will also have to prepare acc­ordingly).” Many today might see this kind of exchange as political betrayal but we always saw this as a part of parliamentary etiquette.

In 2013, when I had moved out of the parliamentary affairs ministry and become the railway minister, Sushmaji had raised a demand for a project for her constituency, Vidisha. I remember that when the project was to kick off, railway officials from Madhya Pradesh asked me to att­end the function as chief guest. I declined the inv­itation and asked them instead to call Sushmaji because if it wasn’t for her strident dem­and, the project would have never gone to Vidisha.

After we were voted out in 2014 and I too lost the election, I began spending most of my time in Chandigarh, making only rare visits to Delhi. Sushmaji and I did not get to meet often since she had become the external affairs minister but we stayed in touch. Her stint as EAM made everyone, including foreign citizens, take note of her humane approach, her warmth and empathy. She could always be relied upon for help, irrespective of the religion or ideological affiliation of the person seeking help—a trait that, I believe, often invited abuse and criticism for her from many among her own party’s followers. However, she never let such things affect her conduct because she was always unmindful of the ugliness of politics. Humility, civility, warmth and an absolute incapacity to be vindictive were her armour. Politics today, sadly, doesn’t appreciate such leaders.

(The writer is a Congress leader and ex-Union minister for parliamentary affairs, water resources and railways)