Iconoclast and pacifist, the first of the Sikh Gurus belongs to all humanity 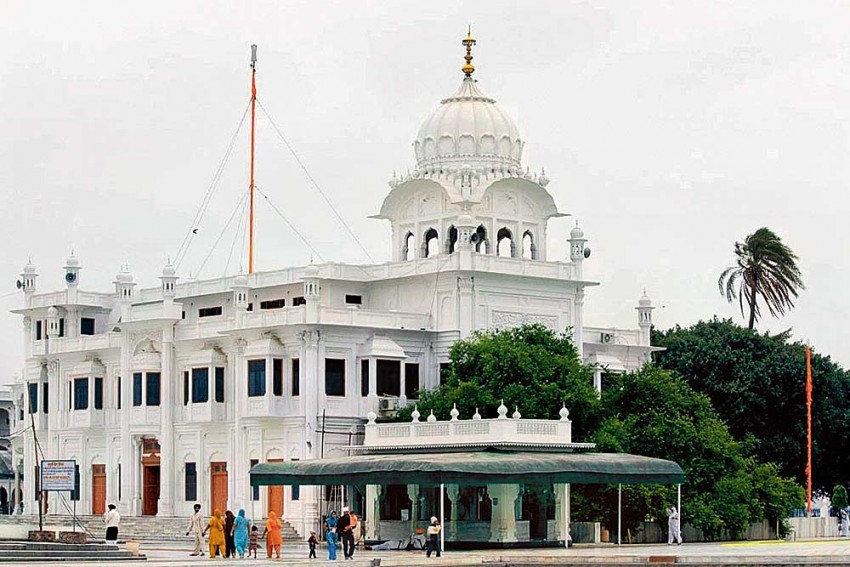 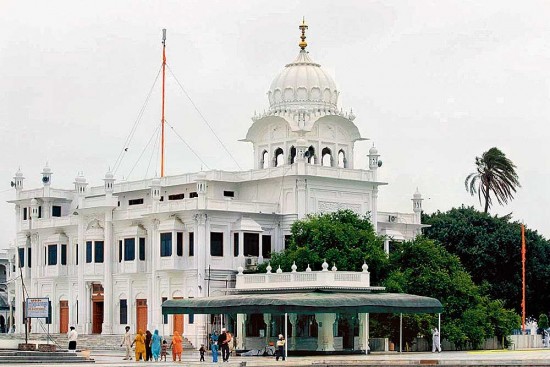 In 2015, when I started work on my recent book on Punjab, I was not aware that we would soon be celebrating the 550th birth anniversary of the founder of the Sikh religion, Guru Nanak. Early enough in my journeys, I visited Sultanpur Lodhi where Guru Nanak had meditated for 14 years, nine months and 13 days. Then he disappeared in the Kali Bein rivulet for three days and nights. When he emerged, he uttered “Na koi Hindu, na Musalman (Neither is one Hindu, nor Muslim).” His emphasis was on our essential hum­anity beyond the identity markers we inherit at birth: religion, caste and even gender.

I chose Sultanpur Lodhi because I thought if I want to travel, I must pay obeisance to the greatest traveller I know. Post his meditation phase, Guru Nanak travelled around 25,000 kilometres on foot, in all four directions, with his trusted accomplice Mardana, the rubab player. On his long hikes, Guru Nanak met many people of various religious persuasions and had elaborate discussions with them on matters of faith and spirituality. After the journeys, Guru Nanak settled in Kartarpur, now in Pakistan, three kilometres from the Indian border town of Dera Baba Nanak. He farmed at Kartarpur Sahib for 17 years and composed hymns that are now part of the Guru Granth Sahib. His journeys had showed him the fallacy of idolatry and empty rituals. That is why his teachings propose the need for a fresh, formless—nirgun—approach to God and the universe.

Given the chequered history of the people of Punjab, it is an irony that the Sikh religion’s own practices have now created a new symbolism. Gurdwara Ber Sahib marks the place of Guru Nanak’s early meditation. When I entered the gurdwara, I noticed a couple of prominently displayed boards saying beware of pickpockets, be responsible for your goods, do not accept prasad from strangers, and place your donations in specific boxes. I wondered if those who believe in Guru Nanak needed so many instructions in vigilantism. 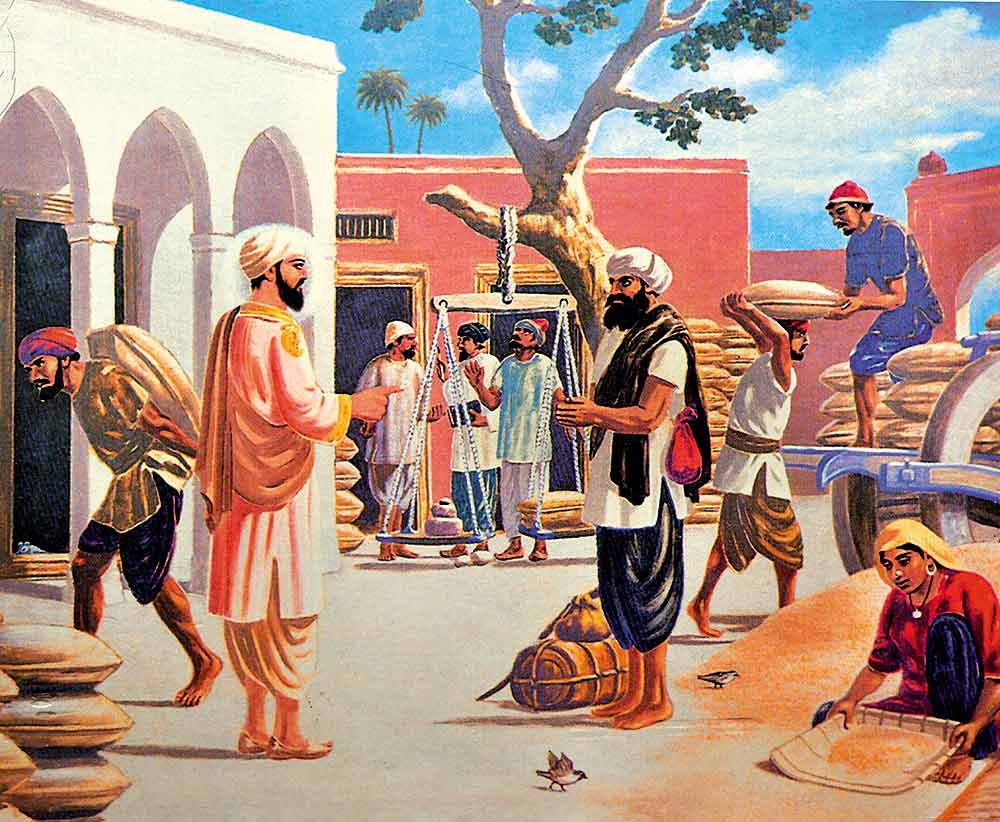 Guru Nanak is the idea of peace that exists in all our hearts if we let our conscience speak and are willing to shun petty politics?

I came out of the gurdwara and met a senior journalist. He told me that the kar sewa babas (Sikh leaders organising community volunteer work) had demolished the old haveli of Guru Nanak’s sister Bebe Nanki a few years ago. These babas operate under the aegis of the top Sikh gurdwara management body, the Shiromani Gurdwara Praban­dhak Committee (SGPC), which is controlled by the Sikh political party, the Akali Dal. The new haveli was made of new brick, painted red and looked like a toy house. Such demolition and ­rebuilding is a common practice with the Sikh religion’s historic locations. In the process, the babas make huge money from donations. I wondered about the Sikh community’s sense of heritage. Who were the real pickpockets of the community—petty thieves or these babas?

Now, on the eve of the 550th anniversary, a new drama is unfolding between two competing forces in Punjab—the SGPC and the Congress government. The competition is over who can outdo the other in the pomp and show of the celebrations—river floats, giant platforms, nagar kirtans. Both have forgotten Guru Nanak’s message of a formless understanding of life’s manifestation and care for the environment. The attempt is to app­ro­priate Guru Nanak­—place your donations in specific boxes. If either or both of them had chosen to go beyond symbolism, they could have worked tow­ards an agriculture policy based on natural farming to help farmers move out of the gory aftermath of the green revolution, cultivated one or more 550-acre natural forests, or sought to rectify the highly depleted groundwater situation that threatens to turn the once fertile plains into a desert.

There is also a parallel call—that too from ­so-called enemy state Pakistan. Last year, when Pakistan elected a new prime minister, it decided to allow pilgrims from India to cross the international border and visit Kartarpur Sahib. When the proposal came, the uber-nationalistic sections of the Indian media went into an overdrive. They did not understand the sentiment of Punjab lacerated by Partition. They did not understand that the Sikhs have been petitioning for access to Kartarpur Sahib since Independence—the petition is part of their regular prayers, the ardas. All they harped on was that the two nation-states have fought four wars and have much baggage of unsolved issues from the past, including Kashmir. All political parties and the media preached mistrust, caution and the fear of sabotage—all so out of line with Guru Nanak’s teachings.

Through my journeys, I found that in Punjab and many other places besides, Guru Nanak is as much a part of Hindu homes as of Sikh ones. There are many sects now on the fringes of the mainstream Sikh religion that revere Guru Nanak, including Udasis, Naamdharis, Nirankaris, Sanatani and Nirmalas. Many Sindhis and Nanak Naam-levas hold Guru Nanak in high esteem. Their numbers far exceed the Sikh community, which stands at around 25 million worldwide.

Perhaps Pakistan’s call is not wholly noble. Perhaps it is under pressure from China, which is interested in its One Belt One Road project, or from the World Bank—or is doing it to improve its image in the eyes of the world. Yet, it is an attempt at peace and what is remarkable is that despite all the smoke and mirrors of Pulwama and Balakot, the posturing and boasts of leaders, the two nations continue to work towards the corridor at Kartarpur Sahib. The nascent, silent attempt at peace in South Asia has prevailed. In spite of minor hiccups, the border crossing project is on. If it reaches fruition, which seems certain now, it would be a major attempt at peace in the history of the two nations.

That is because Guru Nanak has forever embodied the idea of peace and belongs to the entire ­humanity, not to one religion alone. That is how the iconoclast and pacifist Guru Nanak is speaking to us right now. Guru Nanak is the idea of peace that exists in all our hearts if we let our conscience speak and if we are willing to shun petty politics. Can we listen to that inner voice?

(Amandeep Sandhu is the author of Panjab: Journeys Through Fault Lines)