Uttarakhand CM and four-time MP Harish Rawat says the common man has made up his mind about who should form the next government. 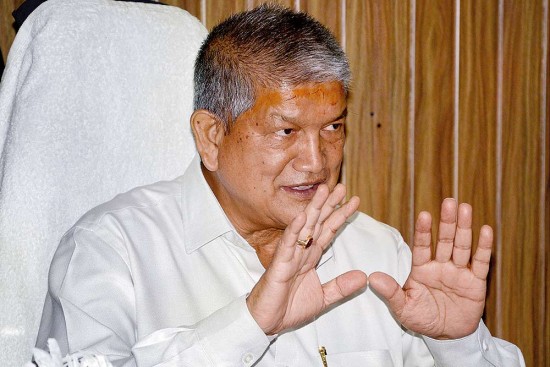 “At rallies, when I say, ‘15 lakh’, the crowd shouts, ‘nahi aaya (never came)’. When I say, ‘rozgar (jobs)’, they say, ‘chhin gaya (snatched away)’,” says former Uttarakhand CM and four-time MP Harish Rawat, who is contesting from Nainital-Udham Singh Nagar constituency. It shows the common man has made up his mind about who should form the next government, he says.

“The BJP is trying to create communal feuds so that the real issues­—jobs, education, health—don’t come up,” says Rawat, who insists the BJP can’t claim success in fighting terrorism either “because it has actually gone up”.