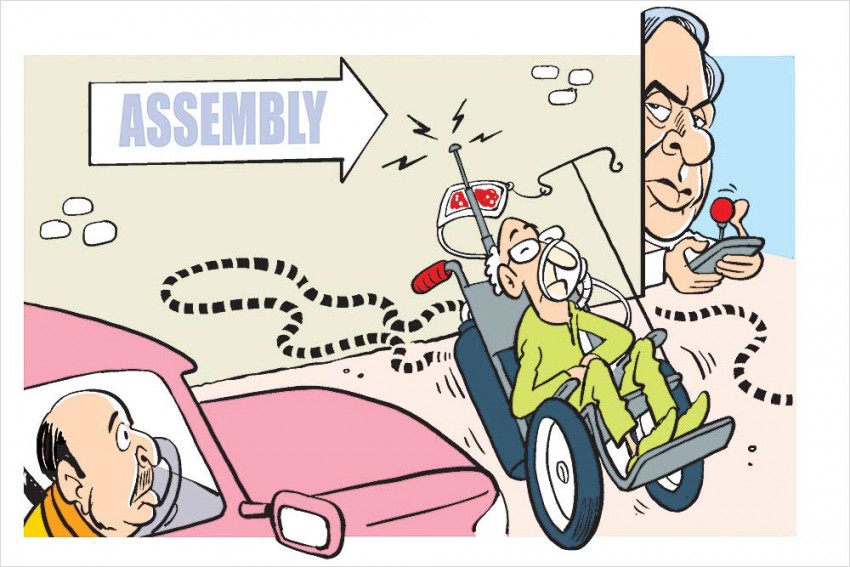 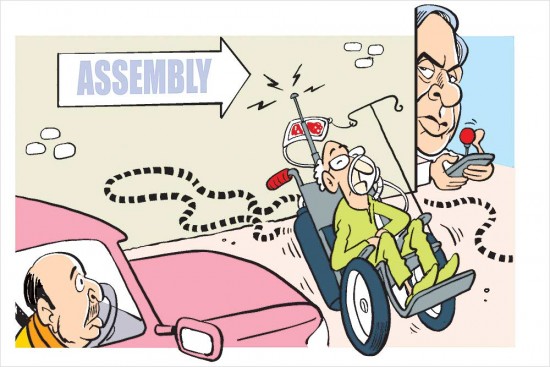 Politics, they say, is a ruthless game of one-upmanship, of trying to run down the rival in whatever manner possible. One man who has survived the rough and tumble long enough is Odisha chief minister Naveen Patnaik (see P26 Present Continuous). A veteran of 22 years, Patnaik has assiduously cultiva­ted the image of a rare politician who is unfailingly polite and well-mannered. But hidden behind this suave exterior is a ruthless politician who would not stop at anything to put opponents in their place.

This ruthless streak came to the fore a few days ago when the BJD supremo chose a seri­ously ailing Bed Prakash Agrawala (82), admitted to the ICU of a leading private hospital for weeks, for the Patkura assembly seat. The decision was strange—firstly, Naveen had dumped many 75+ sitting MLAs, and then, the chances of the veteran leader recovering to undertake the rigours of a gruelling campaign were next to nil. Evidence of how sick he was came first when he could not collect his ticket for nearly a week and then again on the day he went to file his nomination. He was seen on TV gasping for breath, unable to utter a word.

More eyebrows were raised when the BJD boss turned down pleas by Agrawala’s family for the ticket to be given to another member of the family. Agrawala breathed his last on April 20, nine days before Patkura went to polls. The polls have been rescheduled for May 19 and Sabitri Agrawala, Bed Prakash’s widow, has been given the ticket.

A bit of background is needed to understand why Naveen insisted on having Agrawala. Pitted against him is the BJP’s Bijoy Mohapatra, the chief minister’s bête noire for 19 years now. The cynical calculation was this: if Agrawala died before the voting, it would lead to countermanding of the polls in Patkura, thus preventing Mohapatra’s desperate, last ditch bid to enter the assembly after 19 years, at least for now. Taking Mohapatra out of the equation would have also hit the chances of his good friend Baijayant ‘Jay’ Panda, Naveen’s new enemy and BJP candidate for the Kendrapara LS seat, under which Patkura falls.

Mohapatra has been victim of such intrigue even in the past. On the last day of filing nominations for the 2000 assembly polls, Mohapatra’s ticket was cancelled at the last minute by Patnaik; all these were orchestrated in such a manner that Mohapatra had no time to reach his constituency, Kendrapara, and file nomination as an independent. It was said to be the first such incident in the country.