The Illusion Of Eternity

The Central Vista project is not only hubristic and anti-people, it robs India of the advantages of a shared global heritage 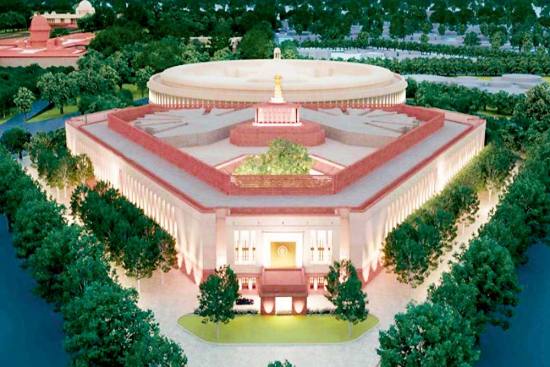 India, the land of contradictory ­existence, displays an ­ingrained philosophy of ­detachment balanced with the quest to gain eternity. The latter impulse seems to have taken hold of the present ­government, goading it to remain steadfast on its decision to create its own Ozymandian ­architectural legacy—the Central Vista project in New Delhi. Coming up at a cost of Rs 20,000 crore ($2.8 billion), the ongoing initiative has been categorised as an essential service even amid mammoth pandemic misgovernance that has resulted in innumerable deaths, economic ­rupture and much more.

The remaking of New Delhi’s Central Vista has appalled the hapless citizenry, because it breaks a kind of democratic compact between citizen and government, where they jointly own the historical commons. Timothy Hyde, architectural historian at MIT, has written of this mutuality: “Every building is ultimately a compromise…between the intentions of architects, the capacities of builders, ­economics, politics, the people who use the building, the people who paid for the building. It’s a compromise of many, many inputs.” That lies like broken rubble here.