Dr I.C. Verma speaks to Outlook on what lawmakers need to address to tackle genetic diseases. 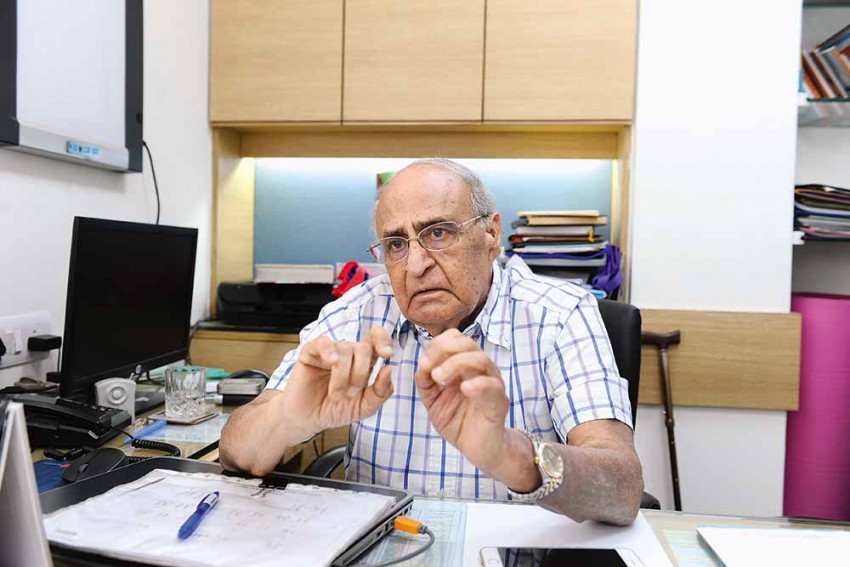 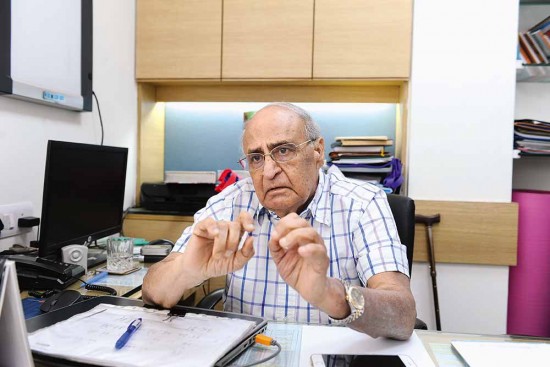 Dr I.C. Verma has spent decades studying the challenges in diagnosing and treating genetic diseases. A former director at the Institute of Medical Genetics and Genomics at Sir Ganga Ram Hospital, Delhi, he spoke to Siddhartha Mishra on what lawmakers need to address to tackle genetic diseases. Excerpts…

The status of diagnosis and treatment of genetic diseases?

As you say, there has been tremendous advancement in the diagnosis and treatment with this technology called “next generation sequencing”. You can study many genes at the same time at low cost. Earlier, what used to cost Rs 1 lakh now costs only Rs 20,000. This has enabled proper diagnosis of genetic disorders. For treatment, we need precise diagnosis. Correspondingly, with changes in technology, there have also been changes in the technologies like innovative therapies of recent years.

More than seven per cent of Indians are affected. Are these diseases really rare?

I think about 6-8% of people suffer from rare diseases in India, as elsewhere in the world.  Many more are carriers of these genes, but they do not suffer from disease.  Individually, these diseases are rare, but combined a lot of people have them. 70 Million affected people is not a small number.  It is quite high. You can’t compare the number with that of diabetes, or heart disease or hypertension. But many in the Health Ministry see it this way: the money that can be used to treat one patient with a rare disease can save 1000 diarrhea patients, or 100 people with diabetes mellitus.  This mindset has to change. You cannot compare oranges to apples, and the people with are diseases have an equal right to the “public money” as others.

The number of patients with rare diseases combined would be more than cancer patients.  Some of the drugs for treatment of cancer are also quite expensive. Earlier, the attitude with genetic diseases was that since there’s no cure, the medical profession and the administrators ignored them. But now the situation is different as therapies have become available for several genetic disorders.

How much of under diagnosis happens in these cases and what are the challenges?

There is a lot of underdiagnosis. It depends. Earlier doctors weren’t going in too deep to establish a precise diagnosis, since there was no treatment. They thought why should I make the patient spend so much money’? For example, for patients with mental retardation, we can do an MRI and a blood test and tell them but, in many cases we can’t diagnose the cause. These patients then keep going from one doctor to another searching for a diagnosis and treatment.  Now, with exome sequencing, we can examine all the 20,000 genes or so at one go. With the next ten sequencing technology, many diseases can be diagnosed to end the diagnostic odyssey.

The scene has changed in the last 10 years. The government, or the MCI however, do not consider genetic disorders important.  There are very few places, about 6-7, where one can study medical genetics. In most colleges there is no course in medical genetics, so there is a tremendous shortage of geneticists and genetic counselors as well. Even if you produce them, there are no jobs for them.

When I started there were 2-3 of us working in medical genetics. My own professor used to ask me why I was looking at genetics when we can’t even treat children with infectious and nutritional disorders, but I stuck to genetics. Even though there was no specific treatment at that time we could give symptomatic treatment and make the children with genetic disorders lead as normal a life as possible. We could in most cases tell the parents what to do to prevent the birth of another affected child.

The common genetic disease here in India is thalassemia. In Delhi alone, around 3-5% people care carriers of a gene for thalassemia.  If a person is a carrier, he or she will not have a problem. If both husband and wife are carriers then there is a 25% chance of their child having thalassemia major, which requires repeated blood transfusions. In such couples we can provide a pre-natal diagnosis and ensure birth of a normal child.  Earlier, we used to test the pregnancies only after an affected child had been born.  Now, however, many couples come who have been recognized to be carriers and who don’t have an affected child. So, there is change.

We are working on Spinal Muscular Atrophy. We found in India that 1 out of 45 people are carriers of SMA gene. This is the second most common disease in India next to thalassemia. Out of 2.500 couples where the wife is pregnant, one couple will be at risk to have an affected child but they don’t know it. And an SMA carriers are more difficult to detect than carriers of thalassemia, as  one has to do  a DNA test. Anti-sense oligonucleotides have been developed as every successful therapy for SMA. Similarly gene therapy has also been approved for therapy.. Both the are extremely expensive. We have to manufacture these in India, to reduce the cost of treatments, as we did with cancer and so many other disorders .

There are no guidelines. What needs to be done?

There was a change in the US when the FDA made an Orphan Drug Act since no one was interested in developing treatments for these diseases because they could not recover costs. The FDA gave pharma companies benefits of being sole manufacturer for several years. They allowed them to fix the price according to the expenditure and the number of patients.

Many companies are working on treatment for genetic diseases in the west because now there is money to be made. So, the government has to give benefits like the Orphan Act or subsidise or give tax rebates…initiatives like that. For a lot of diseases, the Enzyme Replace Therapy has come as a boon. The sad part is that these enzymes are expensive. Two companies are giving these for free to Indian patients on a compassionate basis but the number of patients being treated is limited.

What about research in India?

We have a sizable scientific community working on their PhDs; they do work on genetics, but more translational genetic research should be encouraged.  Although ...we have to do basic research too. America is ahead of other countries because they focus on basic research, although in recent years there is a shift for translational research.