The life a terror accused returns to after ­acquittal is nothing like what was snatched away. The tragedy doesn’t end outside jail. 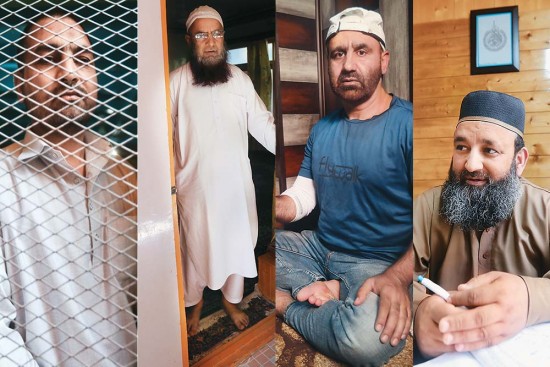 Cases Under UAPA in J&K

Three months after his elder brother Bashir Ahmad Baba’s arrest in March 2010, Nazir Ahmad, then 27, visited him along with his father Ghulam Nabi at the Vadodara central jail in Gujarat. “He was in a terrible shape. I cried for a long time, thinking he would never step out of jail,” recalls Nazir, sitting in a room where visitors are meeting his recently released brother. “If your kin is in prison, then it is always a lonely fight, which breaks you and your family. Your brother is in jail and your parents are dying to see him, but no one else is bothered,” says Nazir, who was a salesman at a shop in Srinagar’s Lal Chowk when his brother was arrested. Bashir, then an assistant project officer with Kemaya Foundation, was sent to Gujarat for a training programme. Gujarat’s anti-terrorism squad (ATS) detained him on the seventh day of the training and produced him before the media as the “Pepsi bomber”. Quoting “ATS sources”, the media accused Bashir of being an expert in making bombs using soft drink cans.

“I was arrested on February 27, 2010, but they rec­orded the date of arrest as March 14,” says Bashir. “I was tortured. They wanted me to confess something, but I had no idea what it was.” The ATS accused Bashir of visiting Gujarat to recruit young men for “terrorist training” in Pakistan. More than a decade later, on June 19, 2021, a judge of the Anand district court in Gujarat obser­ved in...