How did Soumya Ranjan Mohapatra, a young forest officer in Odisha’s Paralakhemundi, end up with 90 per cent burns? Hints of marital discord—and denials—fly in the air with the ashes. 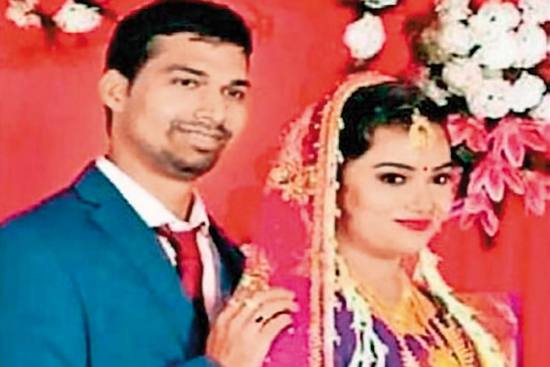 It’s a case that has seen plenty of twists. But nearly two months after Soumya Ranjan Mohapatra, a young Odisha Forest Service officer, died under mysterious circumstan­ces, it’s still not clear if it was a case of suicide, murder or accident. On the night of July 12, Mohapatra (in pic), assi­s­tant conservator of forests (ACF) in Paralakhemundi, Gajapati district, was rushed to the local hospital after sustaining 90 per cent burn injuries. He succumbed to his injuries while being shifted to Cuttack’s SCB Medical College. Based on an FIR lodged by Moha­patra’s father, Paralakhemundi police registered a case of murder. In his FIR, Abhimanyu ­Mohapatra accused Vidya Bharati (in pic), his daughter-in-law, of conspiring with Sangram Keshari Beh­era, the ­divisional forest officer (DFO) and Mohapatra’s boss, to kill him.

“How is it possible that my son sustained 90 per cent burn injuries when Vidya Bharati was at home? Why didn’t she raise an alarm and rush him to hospital in time?” Abhimanyu asked, insinuating that his daughter-in-law was in an extra-marital relationship with the DFO. He claimed his son had told him about it before his death. The DFO would frequently send his son on night duty and harass him mentally, he alleged. Some diary notings of Mohapatra and his wife, which came into the public domain after his death, suggest all was not well between the two, who married only last December, but there was nothing that hinted at a relationship with the DFO.

Paralakhemundi police interrogated all the dramatis personae in the case, including the DFO, Vidya Bharati and Mohapatra’s cook, but failed to make any headway. With Mohapatra’s family raising a host of questions about the way the investigation was progressing, the case was handed over to the Crime Branch, which has started collecting evidence afresh and interrogating all the people already questioned by Paralakhemundi police, besides a few others. The Crime Branch team, led by a DSP, also grilled Vidya for nearly six hours. But the agency has little to show by way of results so far. With local media reporting every twist, the case has kept people riveted for close to two months. Adding some political spice was the shunting out of forest minister Bikram Keshari Arukh’s long-time private ­secretary, without the minister’s knowledge, two days after Mohapatra’s family alleged that department bigwigs were shielding the DFO.

Behera has denied any extra-marital relationship with Vidya Bharati, saying he never went to her house or talked to her. But a former watchman has added a twist by claiming to the media that he had seen the DFO visit the ACF’s ­quarters late at night.

(This appeared in the print edition as "Suicide? Murder? Accident?")