One decade... Decadence? Maintenance? Or renewal? The stars tell us their stories. 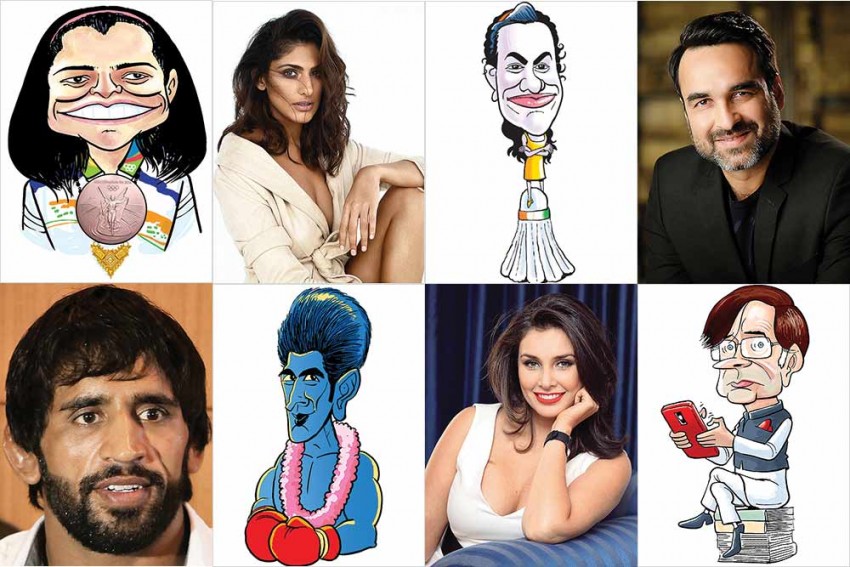 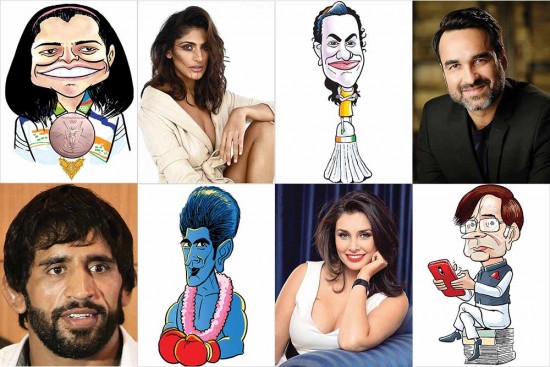 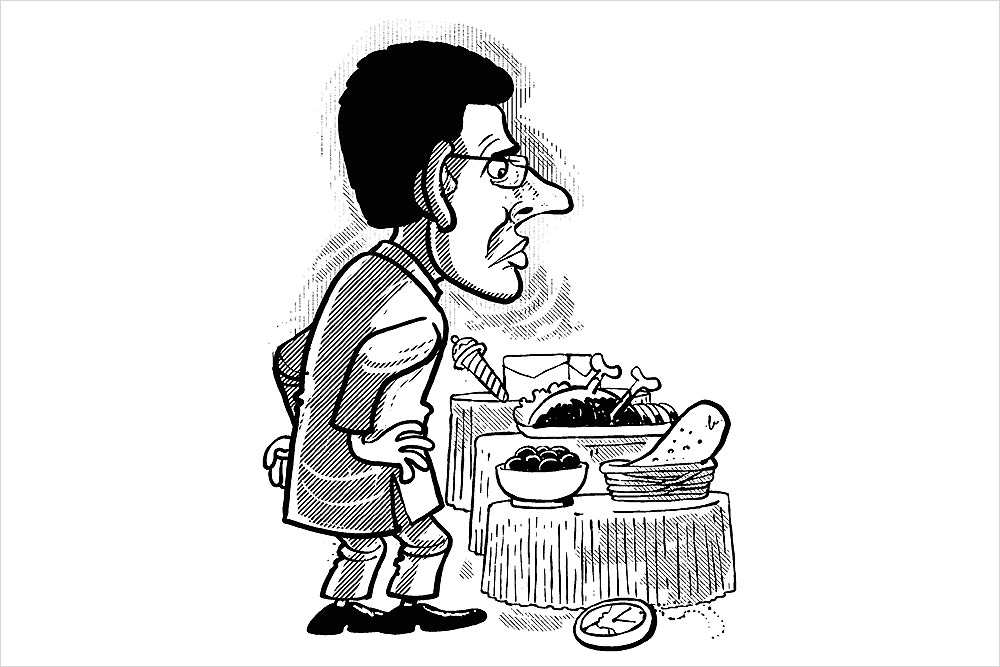 “Ten years has been a long journey. I get far less time for myself than I think I had ten years ago. And at 31, I could eat as much as I wanted and not put on weight. Once you cross forty, whatever you eat seems to just sit on you…. On the plus side, something that I liked then and still find time once in a while for is cinema.” 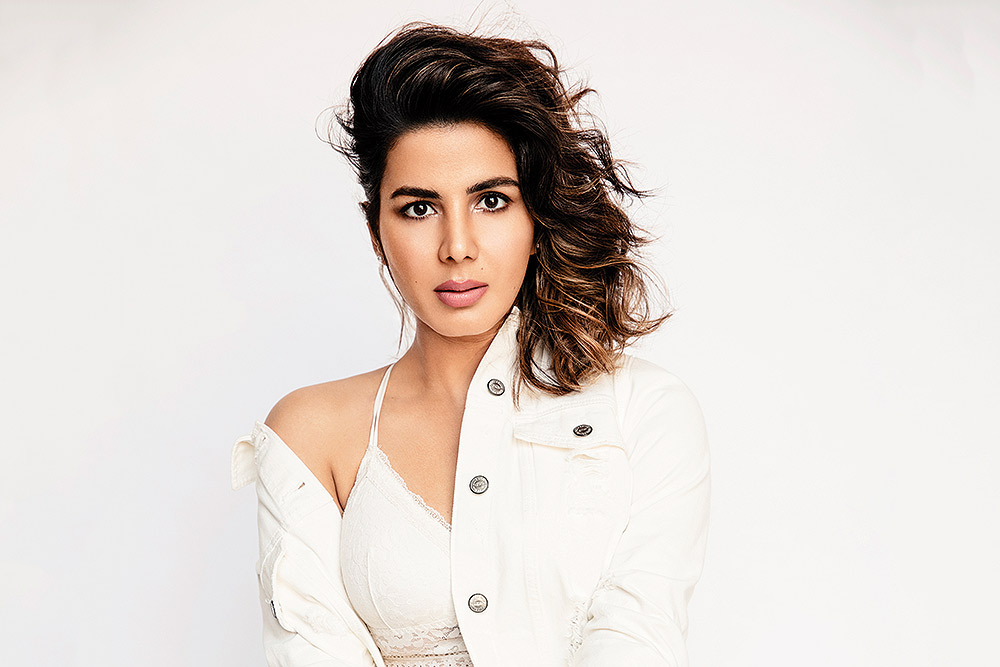 “I had only one goal when I started this long journey...to be an actor of repute. Today when I look back, I realise the only thing that truly matters is growth/evolution. Everything else is a means to this end…. Acting has been such an interesting, intense love affair, leading me to hopelessness and darkness sometimes and at other times, showing me life’s true purpose, showing me who I am...and who I can be.” 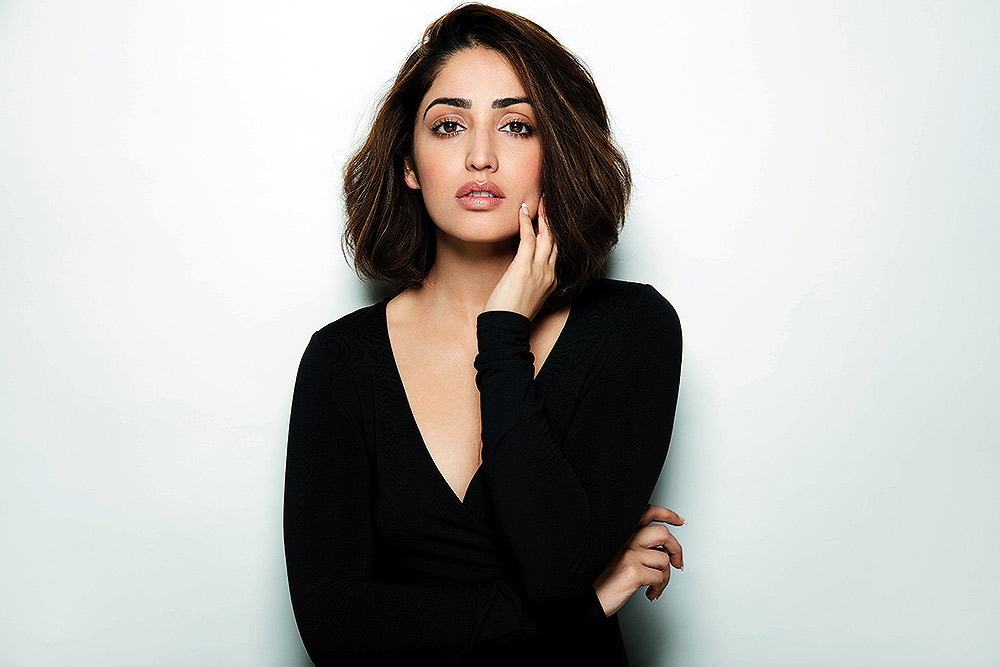 “I was a shy, young girl from Chandigarh pursuing law. But now, acting has become my life. Life challenges you in the most unexpected ways, tests your patience at every step. That’s the time when you have to stay true to who you are and turn the negativity into an opportunity by just keeping on working hard and believing in yourself.” 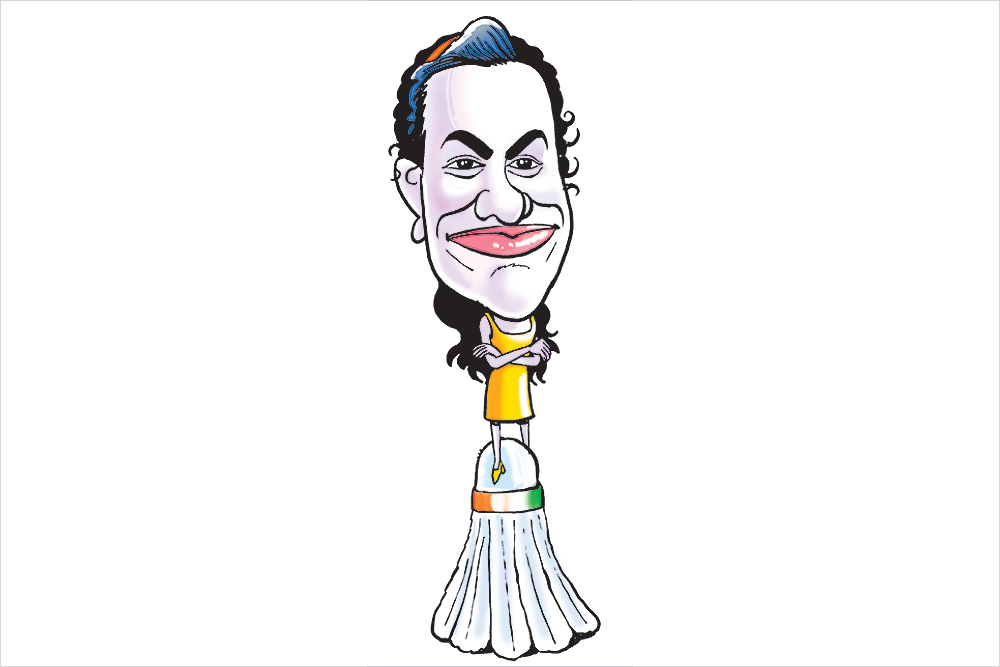 “Life is now totally different from the time I started playing badminton about 10 years ago. I was coming up then. Now I am 23, and there has been a lot of change. Then, it was about playing state level and national tournaments. I am world No. 3 now and at the top, so I’m really happy about it.” 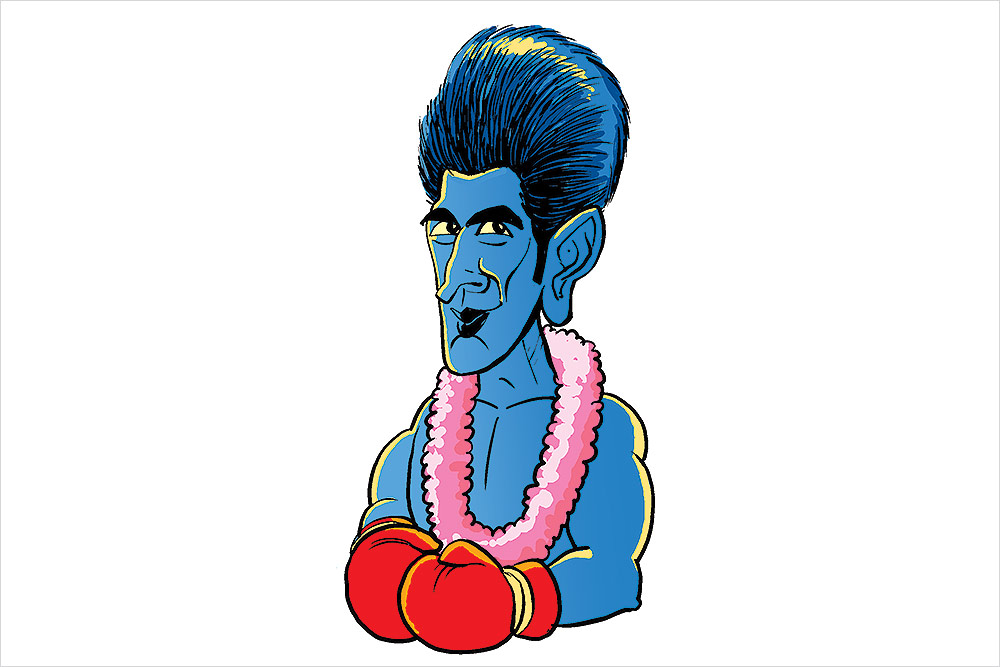 “In 2009, I was world No. 1 in amateur boxing (75 kg) after winning the World Championship bronze in Milan. Then, at 24, I won the Olympic bronze in London. Marriage was the best thing to happen to me...I feel I’m more mature now, with more responsibilities. I now try and avoid injuries. When I turned pro in 2015, some people criticised my decision. But I am happy with what I’ve achieved in the last 10 years; the next 10 years will be better.” 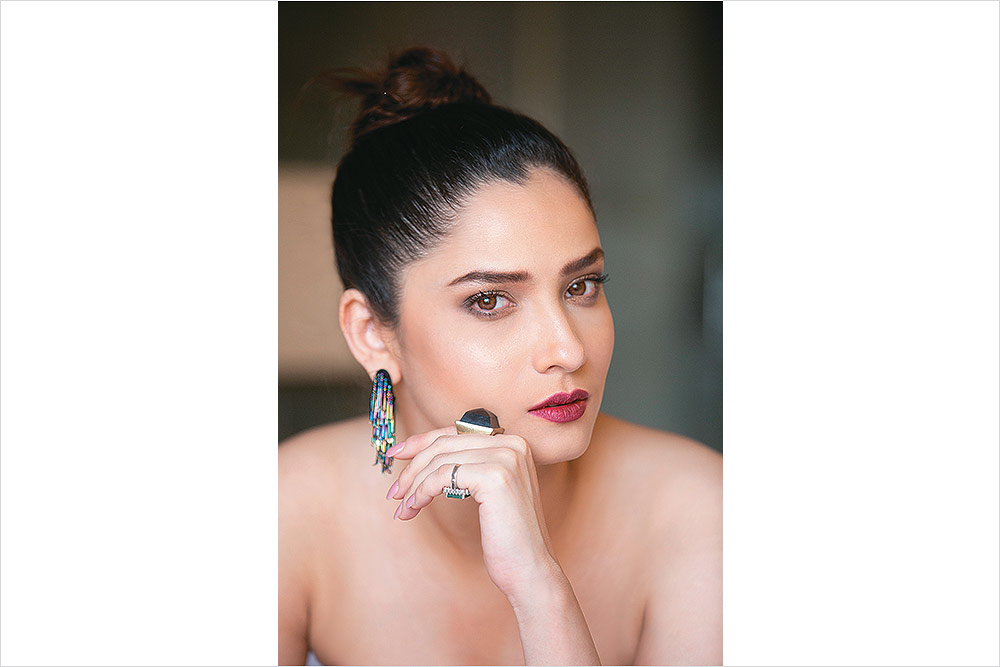 “These 10 years have been a very special part of my life. From playing Archana in Pavitra Rishta to playing Jhalkari Bai in my debut film Manikarnika, it was a great experience. My dream of acting has come true and I am overwhelmed with the love I have got.” 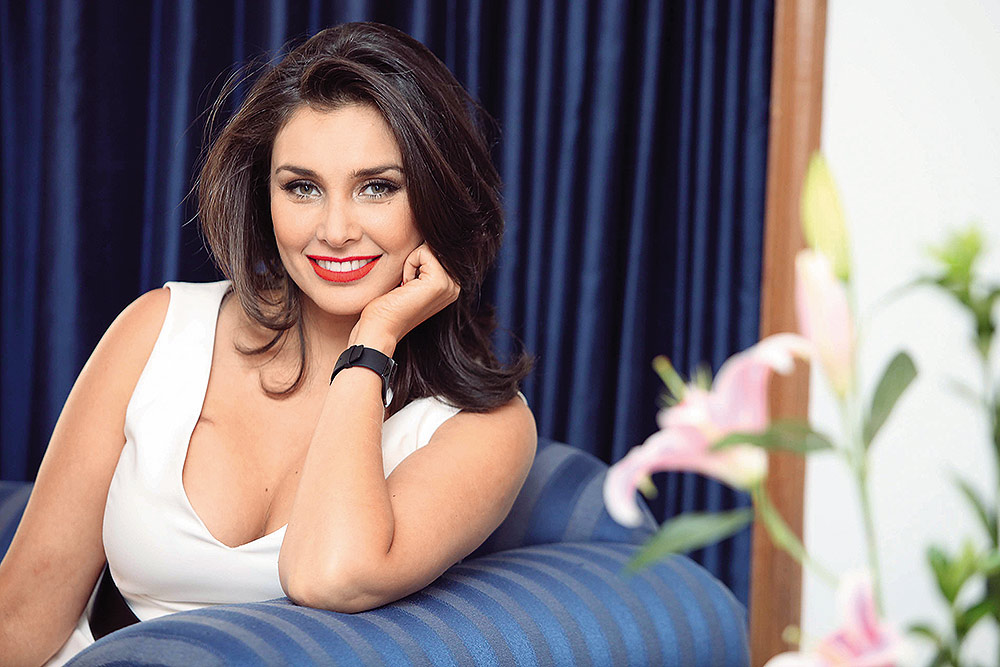 “Exactly 10 years ago, I was just coming out of cancer. Today, I design my life acc­ording to my own beliefs. My values about life have become very clear. Surviving cancer has made me fearless and compassionate. Now I am a mother of twins …I don’t judge my life by goals...my external factors are a direct reflection of my inner journey.” 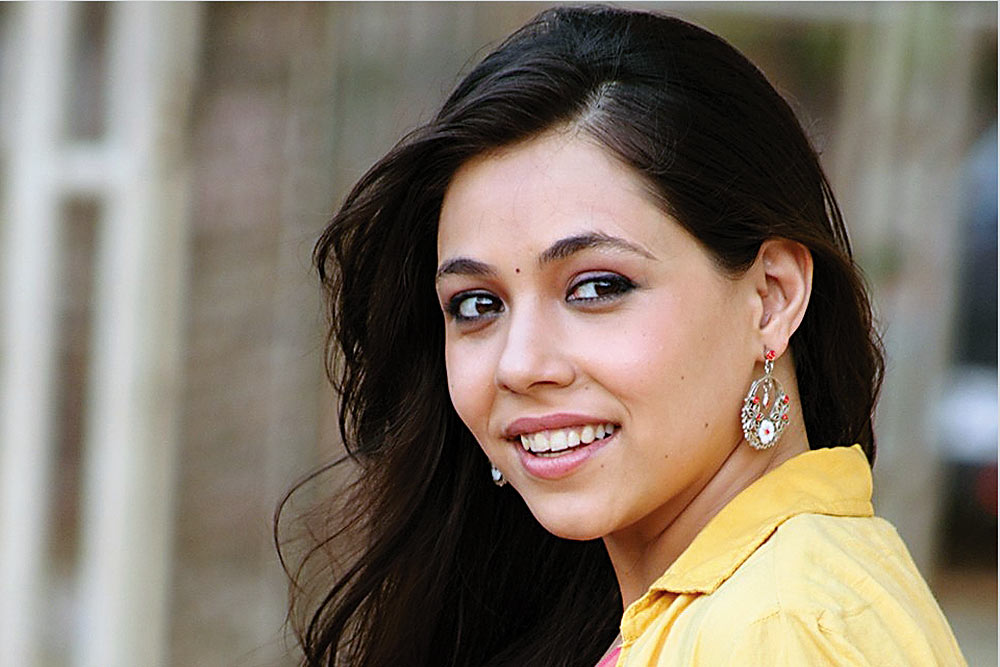 “A decade ago, I was pretty clueless about what I wanted from life. Career-wise, I was awaiting the release of my first film, Aamras...I was more worried about what I was going to study next. I would also take up any project because I thought it would give me exposure. I couldn’t rely on my own opinions.... Spiritually, I’ve grown tremendously. Of course, all the ‘bad’ experiences are to be credited for that. But in ­hindsight, I wouldn’t want­­ it any other way!” 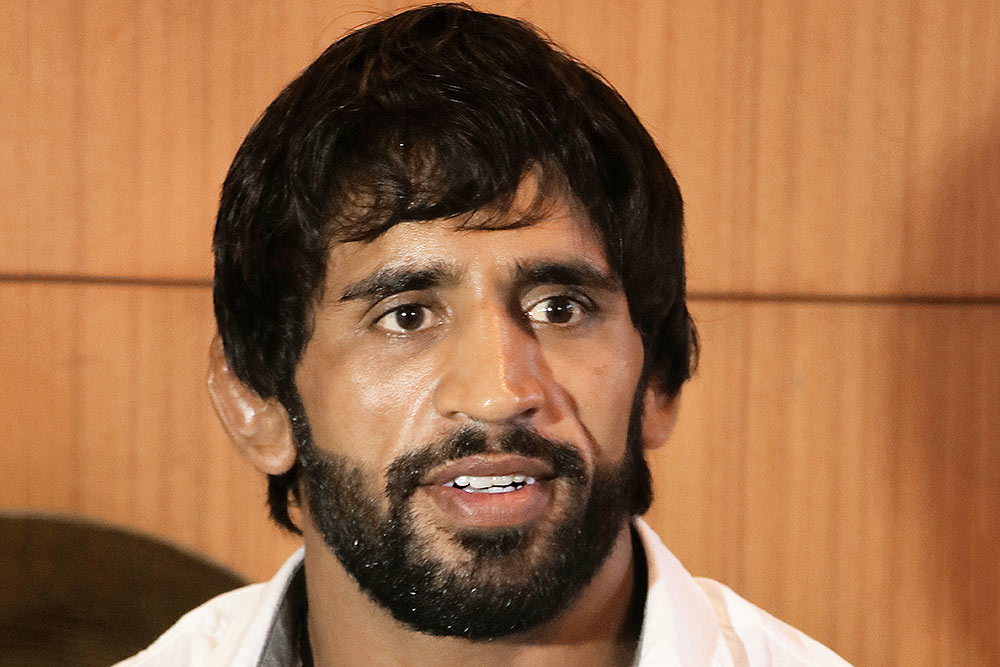 “In 2010, I won my first ­nati­onal gold medal, and also my first international title, at the Asia Championship 50 kg category, and there was no looking back. I sustained an injury in 2015 and didn’t play in most of the competitions...But I came back strongly the next year and won a Commonwealth gold. The life of an athlete is ­alw­ays full of surprises, and they come in the form of both ­achievements and failures.” 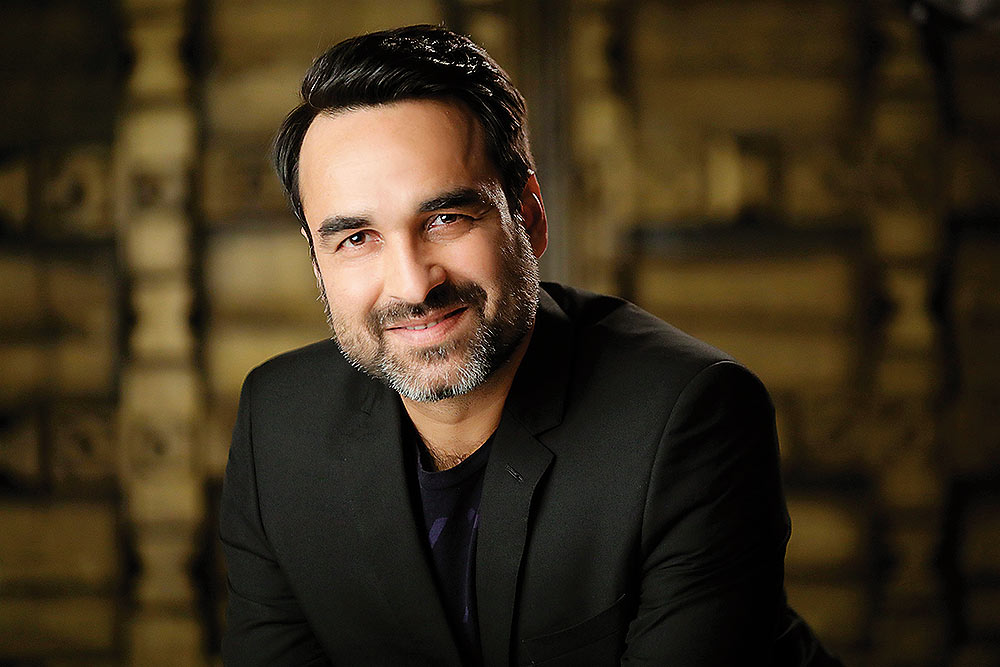 “I have definitely matured as an actor. I’ve ­attai­ned a kind of stability in my profession which I believe everyone should aspire for in every field. Personally, I happened to have moved to a bigger house, which is all well and good but isn’t as ­important as artistic growth. The industry I work in has gone through major shifts as the craft of storytelling has changed with society ­becoming more accepting of taboos.” 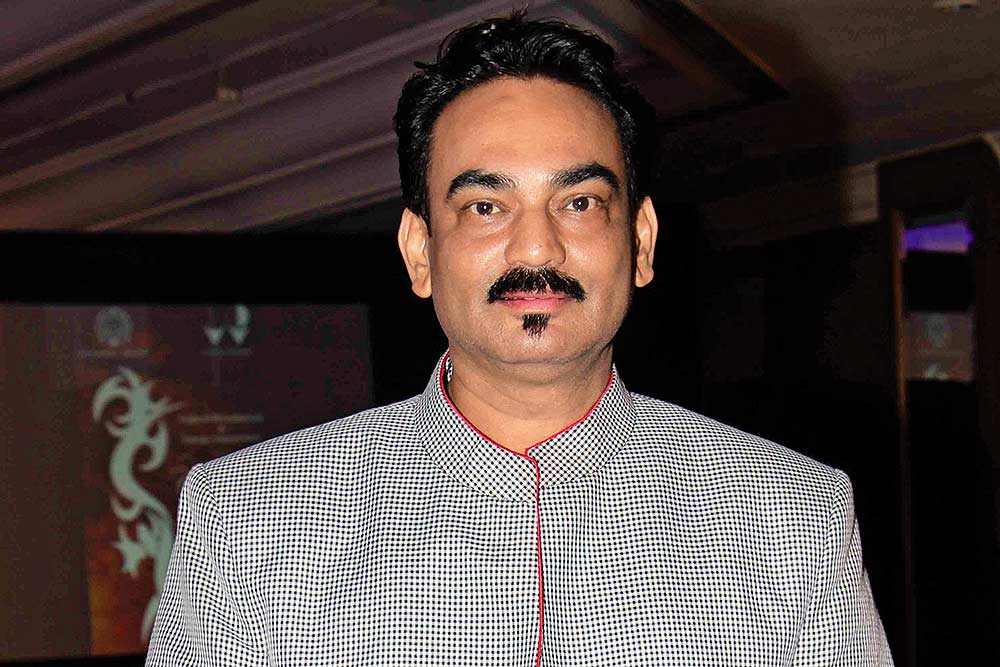 “I am happy to be a part of the LGBTQ community. The Supreme Court’s verdict on Section 377 was a great ­victory. I also won the Padma Shri in 2014. In 2019 we finally converted our home into a museum to leave­­ as a legacy for Goa/India and we have moved into a smaller house. The Moda Goa Museum opens this year. This has been a great decade-long voyage.” 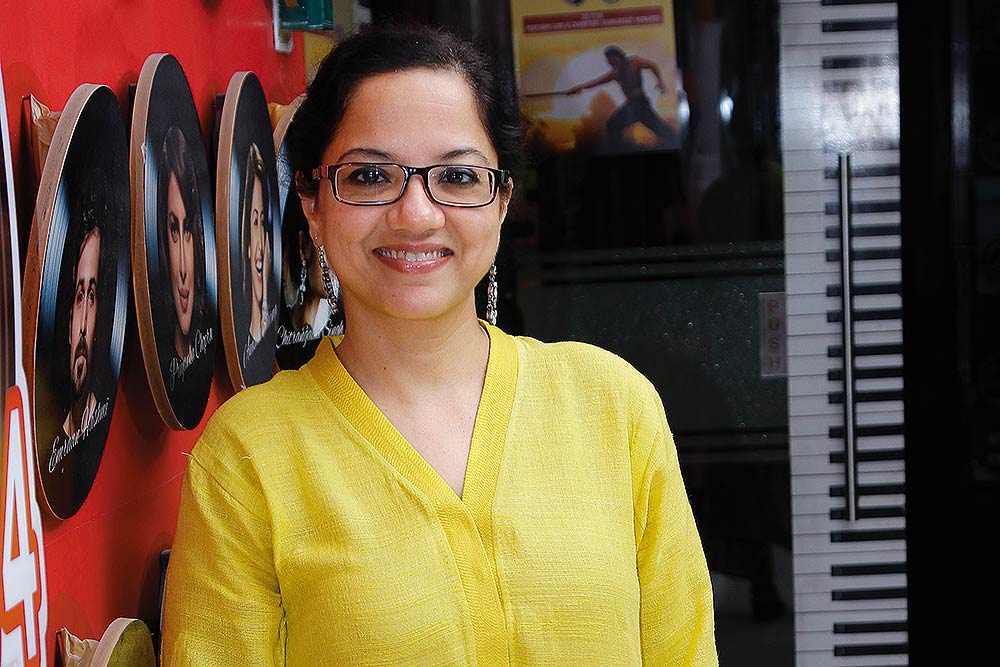 “A film I directed came out after a long gap although work never stopped; I was writing and developing scripts but significantly, I was engaging with the way I thought about writing itself. The struggle with the craft wasn’t different, to give shape and full-blooded form to something that emerges as an idea, to give it a beginning, middle and end, to give it a beating heart.... I made my first romcom, Qarib Qarib Singlle. It felt apt to do something I hadn’t done bef­ore, it deepened a belief to alm­ost a certainty, that the traditional isn’t something one should strive for. To come close to the truth of our lives, we must veer away from the apparent safety of what’s been done before. What frightens us is what will make us soar.” 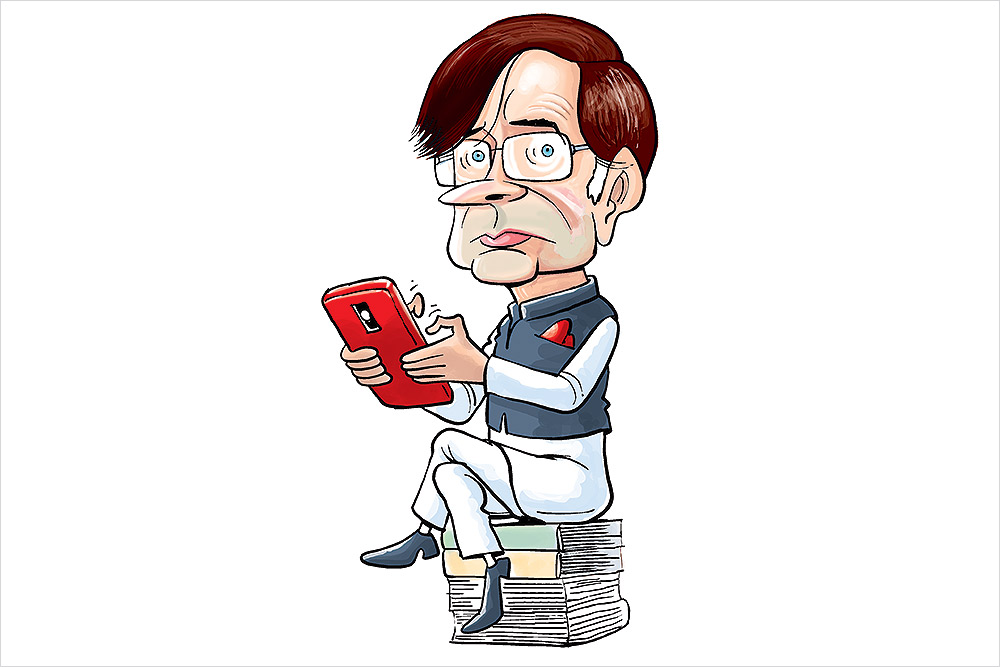 “Entering the hurly-­burly of Indian politics, swapping suits and ties for kurtas and bundies...enduring agniparikshas of accusations and attacks…becoming a presence on social media, trying to move the needle of public discourse in our nation on everything from LGBTQ rights to sedition law to ­freedom of expression, ­inflicting unfamiliar words on the public, suffering personal bereavement…authoring five bestselling books and battling for re-election—all these experiences have been new, challenging and sometimes invigorating. Surely, the next 10 can’t possibly match up?” 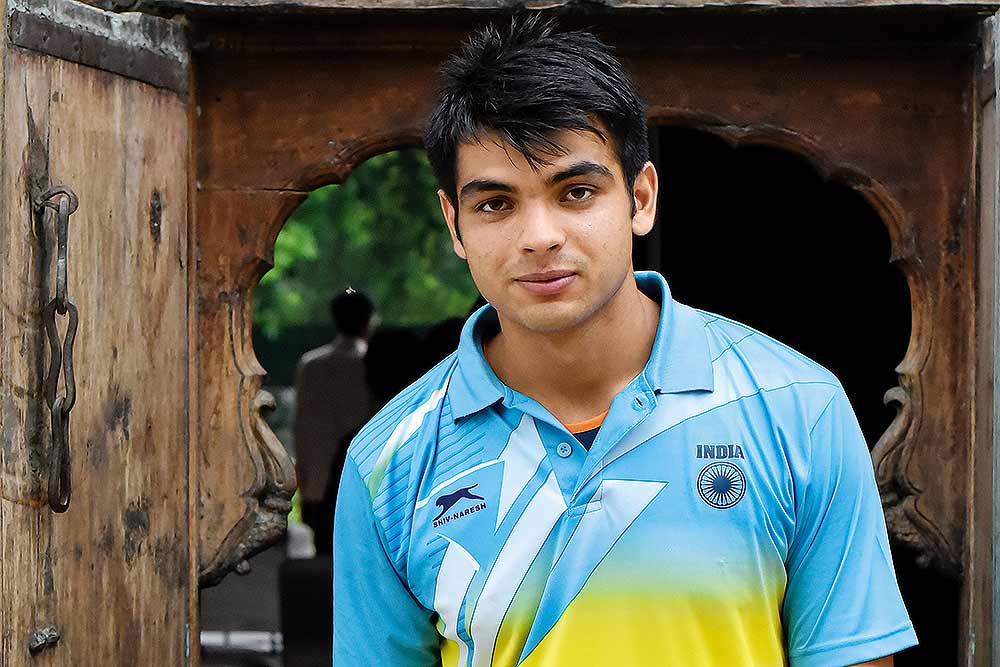 “My life on the athletics field has changed, I too have aged along with increa­sed competition. When I started out, there wasn’t anything in mind, so it was a bit easy. But with passage of time I now focus on everything that I do and work harder. There comes a stage in sports where it beco­mes difficult to improve, leave alone maintain it. Also, more people recognise me now and I have to be careful in what I do. I don’t like much living the life of a celebrity; I just want to live a simple life and want people to know that I am working hard. I still have the same food that an athlete normally eats, but I’m more careful now.” 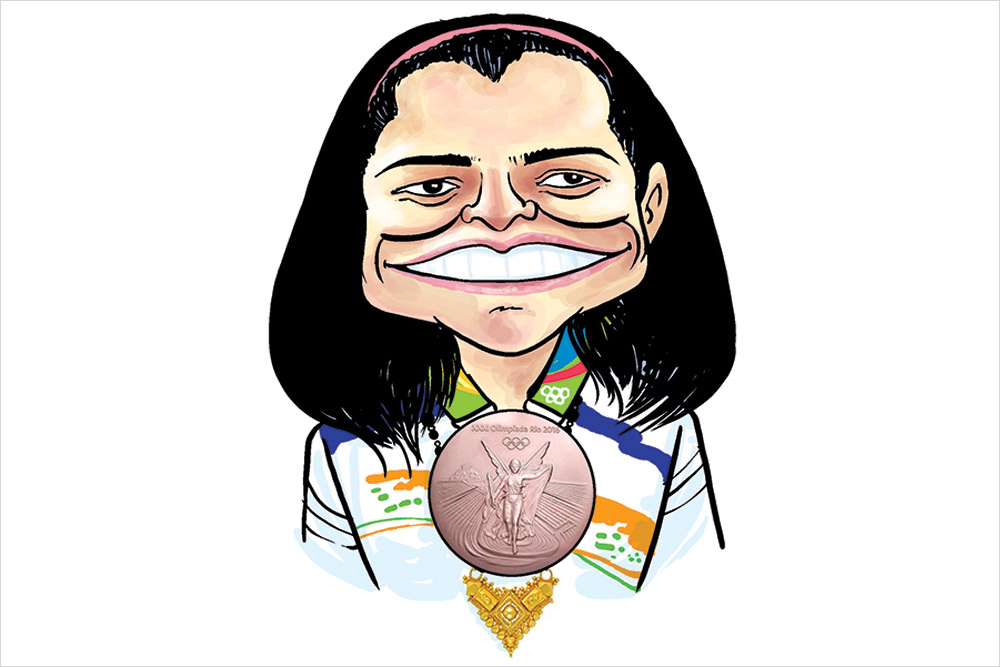 “Ten years ago, I would roam around in Rohtak normally, on my cycle and on my Activa. The biggest change for me was winning the 2016 Olympic medal, fulfilling a dream of about 12 years. The other big change was my marriage. I always wanted to marry a wrestler and have my own akhara, and I’ve got both. Now more people recognise me. ” 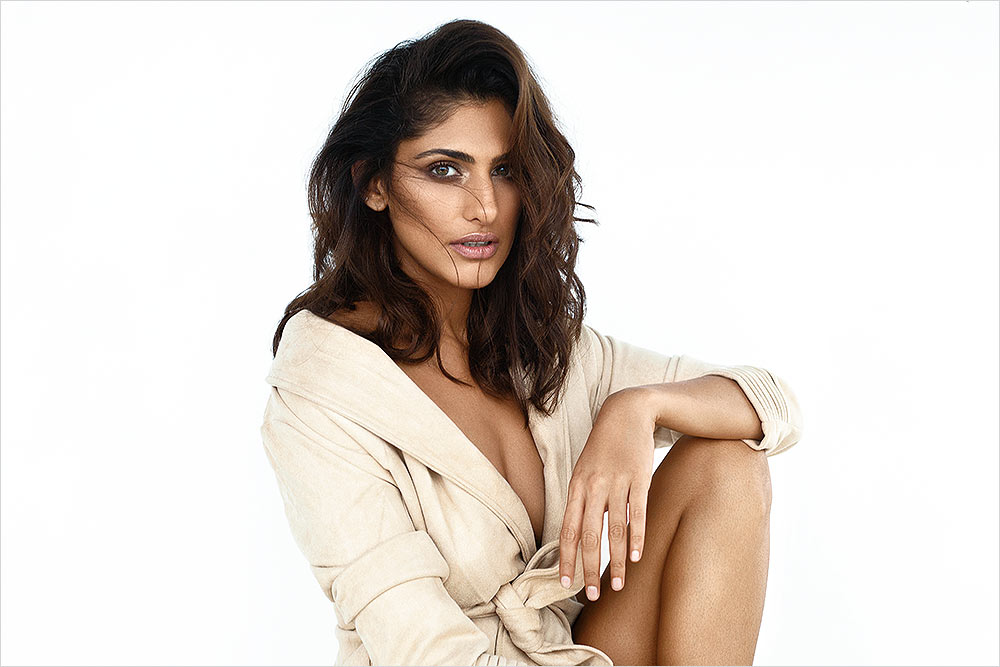 “I quit a corporate job to pursue my ­passion. Learnt to act, failed to act, unlearned to act, then ended up playing a character which will be etched with my name for maybe another decade. Moved countries, moved homes, moved hearts. Had my heart broken, broke some hearts too. I killed my fear of water and learned to swim, and now I scuba-­dive. Climbed a mountain. I became older, tried to love myse­lf a little more…I am better than I was 10 years ago, and I am excited about what the next 10 have in store.”