Nitish Kumar may have restored ties with his old ally, but the saffron party should not expect him to shout out Vande Mataram at its bidding. 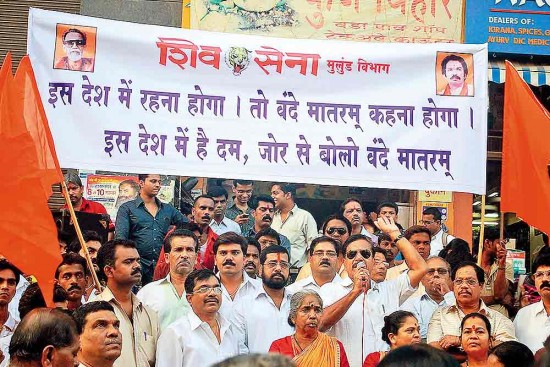 An overt show of nationalism may be the BJP-led NDA’s calling card but one man in the alliance is not quite willing to wear patriotism on his sleeve. But then, Bihar chief minister and JD (U) leader Nitish Kumar has always played the game by his own rules. The story goes back few days when Nitish shared the dais with Narendra Modi for an election rally at Darbhanga. When Modi exhorted those present at the rally to chant ‘Vande Mataram’, all joined the chorus with clenched fists. But Nitish just sat through the spectacle, watching the sloganeering with an amused look. For his friends in the NDA, Nitish’s act, or the lack of it, was shocking. It also gave opp­osition parties a sharp weapon to attack the NDA and mock the “divide” between BJP and JD(U).

But knowing Nitish, was it all that surprising? Even though he has been an ally of the BJP for close to 19 years, Nitish has had a stand diametrically different from that of his ally on at least three contentious issues: abrogation of Article 370, implementation of an uniform civil code and construction of the Ram temple in Ayodhya. Nitish’s erstwhile Samata Party, which later merged into the JD(U), had joined the NDA way back in 1996 but his party had always had its own stand on these issues.