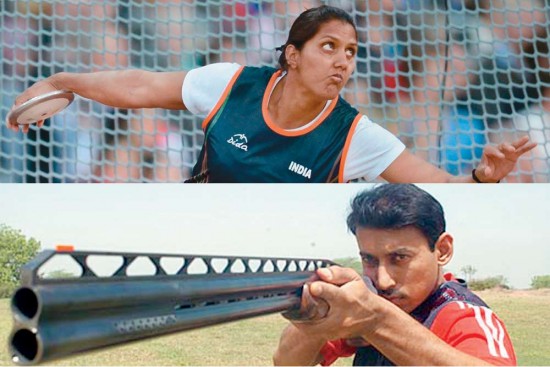 He is one of the best marksmen India has produced, an Olympic medalist who gave the country its first ever individual silver after Independence at the highest sporting event. She is also an Olympian, the current national record-holder in discus throw and the first Indian woman to win a Commonwealth gold in track and field. This election, these two champion athletes—Rajyavardhan Singh Rathore and Krishna Poonia—are facing off in an electoral contest for the Jaipur Rural Lok Sabha seat in what is being billed as a battle of the legends. And it is shaping up as one of the most exciting contests this election season.

Yet, both are not new to elections. Rathore is a Union minister, having won the seat with a landslide verdict on a BJP ticket in 2014. On the other hand, the Congress’s Poonia is an MLA from Sadulpur in Rajasthan’s Churu district, a seat she won in December by thumping BJP stalwart Ram Singh Kaswan, a four-time MP. Jaipur Rural’s nearly 41 lakh electorate will vote on May 6, a day after Poonia turns 42.