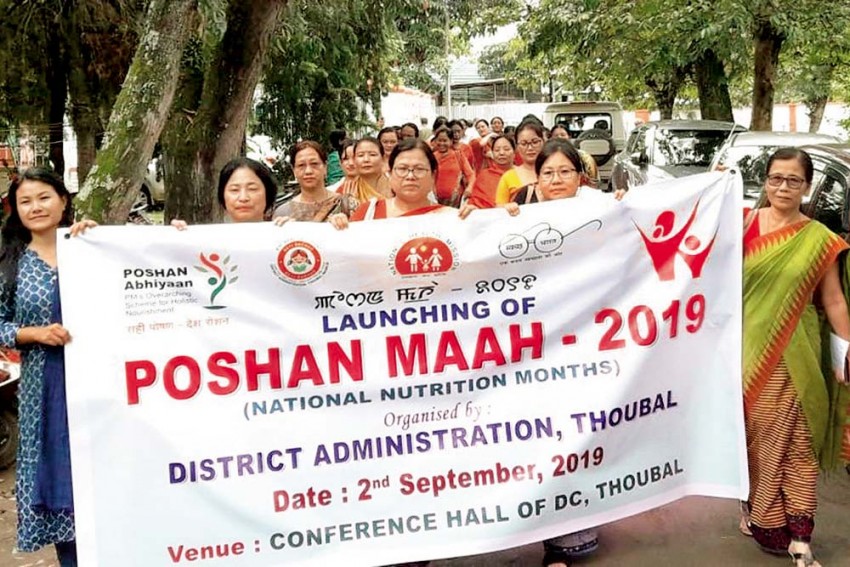 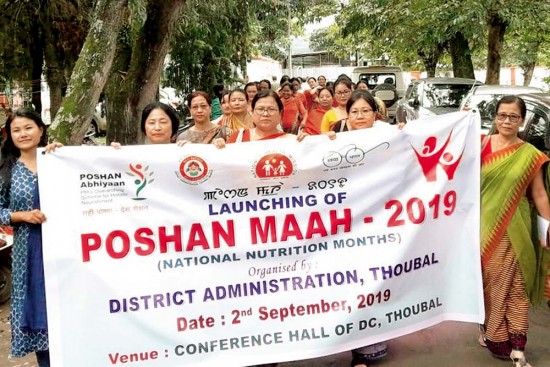 September—blessed with the harvest moon, prospects of ple­­n­ty, no one goes hungry. No wonder the government has chosen the month to talk about the nutritional requirements of a nation where one-third of the world’s malnourished lives. The challenges are plenty: one-third of India’s 1.25 billion people don’t get enough to eat; one-third of India eats only unhealthy food; one in three of our children below five is und­erweight; our future is stunted. To fight all these and more, the government has launched September as Pos­han Maah (month)—an integrated programme intended to boost the Narendra Modi government’s signature scheme, Poshan Abhiyaan, which opened in March 2018.

The prime minister’s overreaching scheme for holistic nourishment, Pos­han Abhiyaan, is a multi-ministerial convergence mission with the vision to address malnutrition with a targeted approach by 2022. “Poshan Maah 2019 will specially focus on spreading awareness and the importance of five components critical for a healthy life,” says women and child development (WCD) minister Smriti Irani on her Twitter handle. The components of the Poshan Maah is divided into five—First 1,000 Days of the Child, Anaemia Mukt Bharat, Diarrhoea Prevention, WASH (short for wash, sanitation and hygiene), and Paushtik Aahaar.

According to officials, the programme is aimed at bringing behavioural changes in children, adolescents and adults. With states such as Manipur, Bihar, Uttar Pradesh and Delhi starting Poshan Maah activities this week, the campaign is gathering steam across the country. “Poshan Maah will provide more focus on all the factors that affect nutritional asp­ects. This is a concentrated, focused app­roach for a month. There is intensification of activities and communication at the grassroots level,” says a joint secretary with the WCD ministry.

Villagers, especially pregnant women, will be counselled about nutritious food, maintaining hygiene and other health aspects.

The concept of Poshan Maah, introduced last year, got a great response and spurred the government to continue with the programme, officials say. In a major boost to the Poshan Abhiyaan scheme, 40 crore people were reached in 30 days through Poshan Maah, according to data. “Last year, we learnt that we can work tog­ether for nutrition from the field level to the national level. We learnt that it’s important to have convergence at the field and district levels, and important to have intensified effort for it to become a people’s movement,” he says.

Apart from organising village-level act­ivities and gram sabha meetings, Angan­wadi and Asha workers will go door-to-door in each village covered. The visits, officials say, will focus on counselling villagers, especially pregnant women, about the need to have nutritious food, maintaining hygiene and other health aspects. “There will be anaemia camps by health department. We involve chief ministers of the respective states, MLAs, counsellors, mayors and members of Parliament in the discourse,” says an official associated with the WCD ministry.

India is home to over 30.9 per cent of stunted children under five—the highest in the world. Ministry officials say the situation has slightly improved. “We are working on figures based on the fourth National Family Health Survey (NFHS). It’s undertaken after four years. Unless we have NFHS-5, we won’t be able to evaluate the nationwide impact in terms of numbers,” says an official.

Along with the government, social org­anisations and NGOs are taking up the fight against malnutrition. Basanta Kumar Kar, country director at Project Concern International, says a sustainable nutrition revolution with women at the forefront is needed. “A revolution where nutrition becomes an ideology, a household name. It drives each individual to access and consume safe and nutritious food,” he says, underlining the need for complementary feeding for better child health.