Prognosis Of A Possible Triangle In Uttar Pradesh

Priyanka Gandhi won’t have it easy as getting Congress into the BJP-vs-SP-BSP contest would take a turnaround in eastern UP, her party’s weakest field 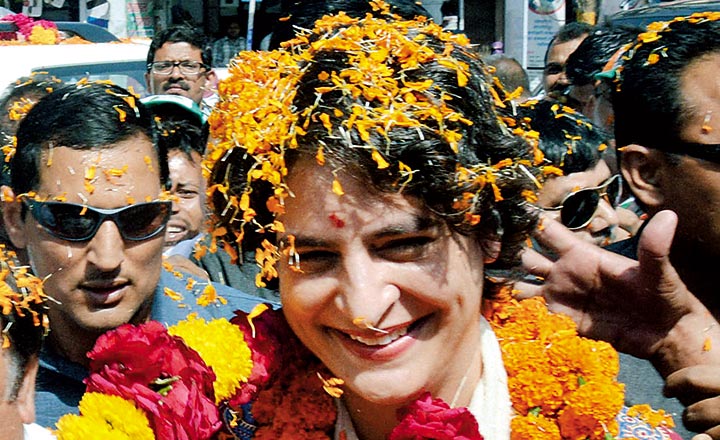 The appointment of Priyanka Gandhi as Congress general secretary in charge of the eastern Uttar Pradesh campaign for the 2019 Lok Sabha elections has raised several questions. Can Priyanka change the fortunes of the Congress in UP in general, and its eastern region in particular? Can UP witness a truly triangular contest among the Congress, the SP-BSP alliance and the NDA? And if there is indeed a Congress rev­ival, will it damage the BJP more or the SP-BSP?

There is a shared belief that nothing is impossible in politics; sometimes fortunes of parties change within a fortnight or even less. Some beli­eve Priyanka is the trump card of the Congress who would be able to revive the party in UP, bringing on a triangular contest in 2019. Others believe it is easier said than done.

The task for Priyanka is not easy because the party has been lying low after its good performance in the 2009 Lok Sabha elections, in which it won 21 of UP’s 80 seats with 18.3 per cent voteshare. In 2014, however, the party managed to poll only 7.5 per cent votes and bagged only two seats—Amethi (Rahul Gandhi) and Rae Bareli (Sonia Gandhi). Despite contesting the 2017 ass­embly elections in alliance with the SP, the party could not revive its fortunes—it won only seven seats with 6.3 per cent voteshare. The party’s voteshare remained low even in the seats it contested—only 22 per cent per seat.

A Congress revival led by Priyanka in east UP could prove equally damaging to the BJP and the SP-BSP.

The task is even tougher as Priyanka had been given charge of eastern Uttar Pradesh, a region where the Congress has relatively weaker support base compared to other regions. The two regions—eastern UP and Avadh—account for more than half of total Lok Sabha seats of UP (east 29 seats, Avadh 14 seats) and the party needs to perform well in these two regions. The Congress did well in UP during the 2009 Lok Sabha because of its performance in these two regions. In Avadh reg­ion, it polled 35 per cent votes and won nine seats, while in eastern UP it polled 12.97 per cent votes and won six seats. Of the total 21 Lok Sabha seats it won, 15 came from this region.

The party performed well as it attracted size­able support among the privileged castes, Dalits, non-Yadav OBC and Muslim voters. (This region has Brahmins, Yadavs, Dalits and Muslims in large numbers.) During the 2014 Lok Sabha elections, the Congress suffered a major setback in this region as in others because of a significant shift among the privileged castes, Dalits, non-Yadav OBCs and Muslims. The fortunes of the party did not change as it failed to attract these communities towards its side even in alliance with the SP. 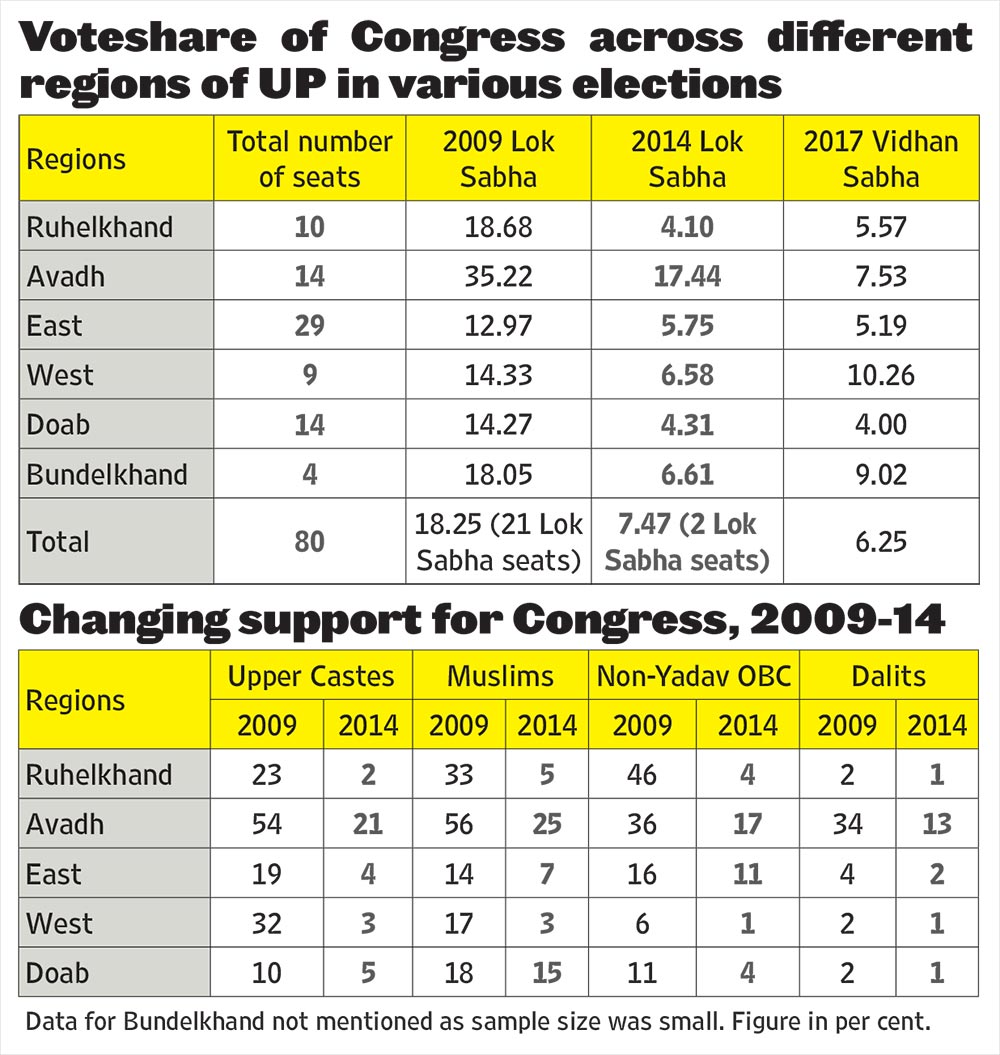 The revival of the Congress in eastern UP under Priyanka’s leadership is possible only if the party manages to attract the privileged castes, Dalits and Muslims in particular. It also needs sizeable support from the non-Yadav OBC voters. Given the social composition of voters in eastern UP, the revival of the Congress could equally damage the BJP as well as the SP-BSP alliance. Since the privileged castes have voted BJP in large numbers, a shift in their votes would damage the BJP, while a shift in the Muslim and the Dalit votes would damage the prospects of the SP-BSP as the two form the core support base for the alliance.

The candidates are yet to be announced, campaign is yet to begin, so we could only speculate. One would get to know the real picture only after results are announced—whether the Congress manages to revive in UP or not, and whether that damages the BJP more or the SP-BSP.

(The writer is director of CSDS, Delhi)