The Caravan magazine’s executive editor Vinod K. Jose talks about the state of journalism in India and what drives the magazine in an interview to Puneet Nicholas Yadav 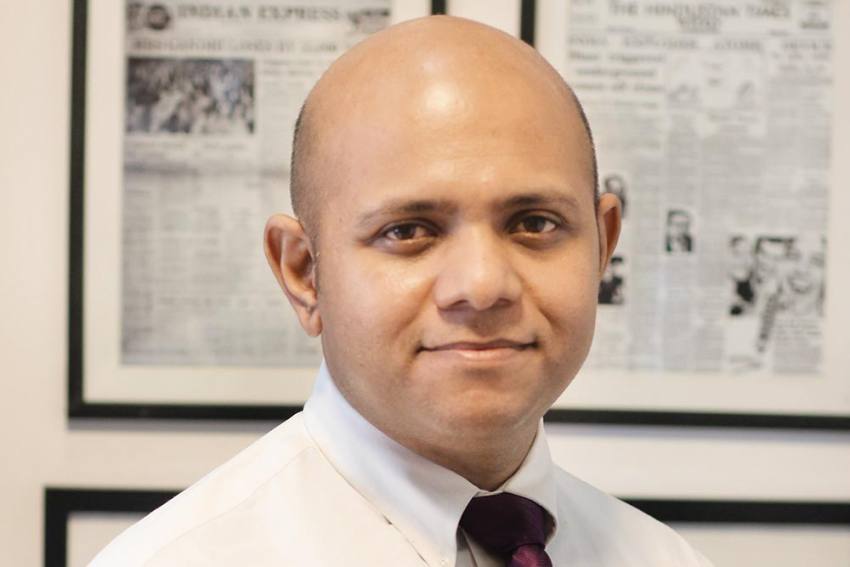 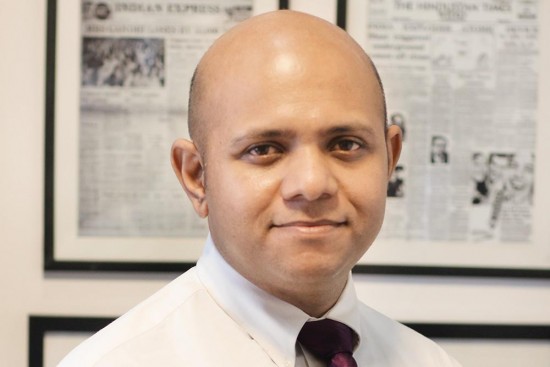 The Caravan has attracted attention in recent years, both for shining the torch on media itself and for its dogged pursuit of ‘tough’ stories. The magazine’s executive editor Vinod K. Jose talks about the state of journalism and what drives the magazine in an interview to Puneet Nicholas Yadav.

Is the Indian media becoming increasingly polarised on ideological lines?

The world over, how the ­institution of journalism has evolved over the past 450 years or so, you’ll see a pattern of media entrenchment with one set of values or the other. What is expected in a democracy is for journalism to be ­entrenched with democratic principles. As the fourth pillar (of democracy), the natural cause for journalism is to be aligned with truth and justice, against any form of injustice, and speak truth to power. This is a model people in positions of power­—corporate or political—always find a nuisance. In India, this has happened from time to time: whether during the Emer­gency or now. Alongside, we have also seen an evolving pattern of heightened self-censorship and ownership-related issues over the past 7-8 years.

Are the curbs today the same as those during the Emer­gency or are we worse off?

I think we are losing the plot of how journalism must contribute to strengthening the democratic space. The difference between the Emer­gency-era curbs and today, perhaps, is that three interests—corporate, political and a much larger ideological ­divide—are working in tandem to exert pressure on the institution of journalism. During the Emergency, news was being suppressed and some organisations were happy carrying just what Indira Gandhi or her government wanted. Now we have gone a step ahead: the media space is being cleverly destroyed by making owners and leaders in the profession allies of the government. These owners and professional leaders are now stakeholders in power and act like an ideologically committed extension of the government. We are moving towards a ­totalitarian model of journalism; the model in a demo­cracy ought to be ­either that of social responsibility or libertarian.

Why are we seeing this shift? Besides owners/media leaders, do journalists share the blame too?

Since 1991, a market interest has reshaped journalists; they now get to become brands with sweat equity in their organisation.

Several factors have been at play. For most media owners today, journalism is an additional business in a larger network of varied businesses. It gives them access to the government and a certain ­position of power in society. Since 1991, we’ve seen a market interest that has reshaped the rules of engagement for professional journalists; they now get to emerge as brands themselves, with sweat ­equity in the organisation they work for and several such perks. Journalism has become a capital-intensive project where the investor wants a return on investment. The media has also emerged as a hegemonic trade, with a concentration of caste elites. The lack of diversity in our trade is shameful. According to a recent study, nearly 86 per cent of India’s population has no representation in a newsroom’s decision-making process. Over the past seven years, the emergence of Hindutva-oriented politics and its poster boy, Narendra Modi, shows a groundswell towards majoritarian nationalism that’s increasingly ­entering newsrooms now. The caste elite driving Indian newsrooms give in easily to that political narrative, earning its perks, conveniently forgetting the fighting spirit of their profession.

If electoral mandates are a yardstick in a democracy, one could say they merely reflect the ‘mood of the nation’. How do you see that argument?

Journalism is not a content-filling exercise or a platform to convey consensus; it is not an opinion-echoing platform. The soul of journalism is reporting, saying what you find on the ground, ­revealing what people want to hide, holding power to ­account. Today, most big media brands are selling a commodity that will pass no historical test as reportage. This commodity is either an extension of government propaganda or mere stenography, at best.

Is the situation dire enough for journalists to start questioning their peers and putting them to the same test they put those in power to—as The Caravan has done?

The Caravan started doing ‘journalism on journalism’ starting from 2012. The idea was to hold a mirror to our own industry. All December issues for us are an opportunity to look at the media space. We covered at length personalities like Arnab Goswami, Prannoy Roy, Shekhar Gupta, Anjana Om Kashyap, Rajat Sharma, institutions like The Times of India and Hindustan Times, events like Reliance taking over Network 18, the compromised reporting of the ­national security beat etc. In any evolved democratic and press tradition, I think it is important for those in the media to also look inwards and ask questions of their peers when they go wrong—or at least analyse their practices, particularly because of the enormous influence journalists have come to hold. Today, if anchors of a certain set of channels are breaking their own conventions to jointly do talk shows, spewing venom that serve a certain political purpose, so that they are identified with a certain brand of politics, it is ­important to analyse why this is happening. It is terribly wrong for the media to be fragmented as anti-government and pro-government: those in power want such ­binaries to be created. The real binary must be between media houses/journalists who try to practice the good old values of journalism—holding power accountable, doing stories that might make big interests unhappy— and those who act as partners of the government, an ideology or a corporate interest, or of all three.

Isn’t journalism increasingly being reduced to commentary instead of actual on-field reportage?

The Caravan didn’t face any backlash from the government, but if the media was free and fair, why didn’t it follow up on the Judge Loya story?

Yes. I think this began sometime around 2008 when Indian media, particularly television, was hit by a financial crisis. Several bureaus were shut and a large number of journalists lost their jobs. For 24x7 news channels, ­despite the reduction in ­reporting staff, there was the compulsion to fill airtime. As a result, ground reports and news were replaced with panel discussions and passed off as journalism. I have a huge problem with commentary taking over actual ­reporting because by doing so, you are essentially taking away citizens’ right to know. All you need for commentary is two or three stories, while there are hundreds of pressing issues all over India. What may have started as a cost-cutting exercise eventually evolved as a clever ploy to deprive people of nuanced ­reporting by keeping them busy with the entertainment of a slanging match while journalists are systematically stopped from asking tough questions. Clever politicians always want a population to just discuss the one or two ­issues they throw at them. They want to set the media agenda. And Indian journalists have surrendered the power of journalism to set that agenda at their feet.

The Caravan’s series on the mysterious death of Judge B.H. Loya asked tough questions of perhaps the most ­important people in power today. Doesn’t it prove that claims of curbs on investigations and reportage are perhaps exaggerated? Did the magazine face any backlash from the government?

Let me put it this way. When we began investigating the story, we knew the potential impact it could have had. One was also aware that with a small newsroom with just four or five staff writers, The Caravan had its limitations compared to legacy news­papers or organisations with a huge network of reporters running into several hundreds. Once we broke the story, we thought others would take it forward. What you could see very quickly, however, was that there was a huge silence in large sections of the media…or there was a section that ran stories to discredit our story, based on ­material that even the state of Maharashtra shied away from producing in the Supreme Court after it was called out. For 42 days, no media house actively spoke about the story until the press conference by four SC judges, when the case of Judge Loya’s death had come up before the bench of Justice Arun Mishra. Since then too, the coverage was simply procedural reporting of what was happening in the court or other developments linked with the judicial side of the case, like the attempt to impeach the Chief Justice (Dipak Misra). Despite the enormous ­importance of the story, there was no joining of forces by the media to investigate it further. Why is it that none of the big media houses felt the need to take the story forward ­despite a mass of documentary evidence or leads? Either our leaders in the profession were stupid enough to fall for the government narrative or simply weren’t driven to hold power to account. As for backlash, I must say there wasn’t any for The Caravan from the government, but then again, if the media was free and fair, why didn’t it follow up on an evidently ­important story? At the same time, many people tried to challenge the veracity of our story, but the facts spoke for themselves and our investigation got validated several times over, which is why it ended up as a series of 30 stories. And we are still investigating ­because there is so much more that could possibly be done on that story.

Opinion: Lutyen's Media's Attempt To Paint The Anti-CAA Agitation As 'Secular' Was Hypocritic