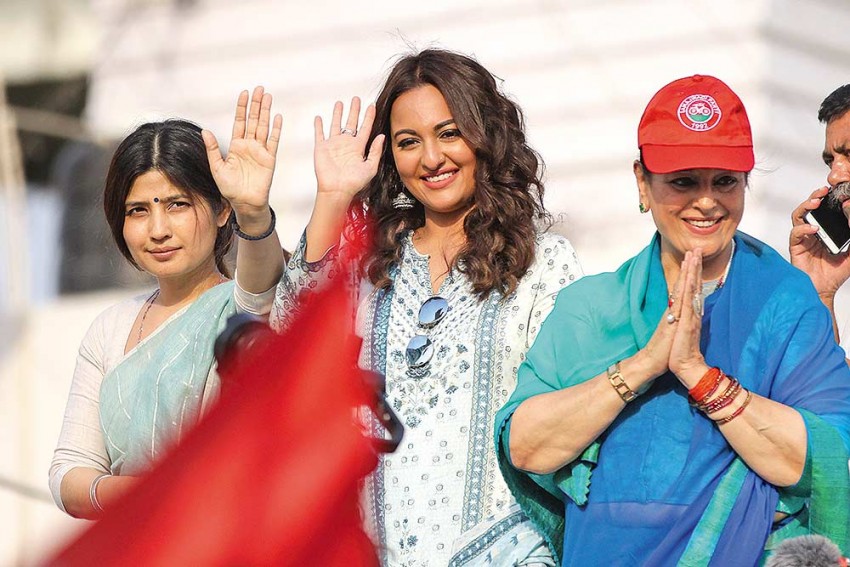 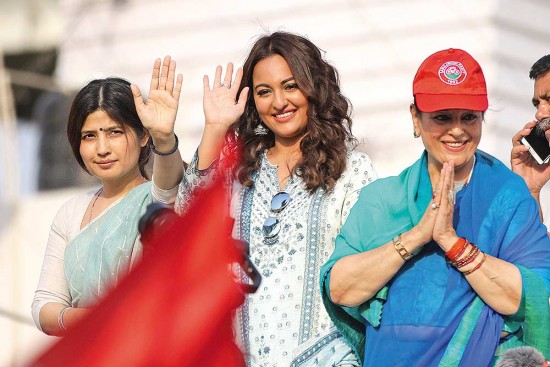 If elections were a banquet, Nizamabad would have had a feast on April 11, when the Lok Sabha constituency in Telangana voted. With 178 independent candidates (all protesting farmers) out of 185 in the fray, the Election Commission was forced to pull out unusual symbols from its stock—ranging from ginger, green chilli, lady’s finger, capsicum, jack fruit, food platter and even chocolate.

But how did the EC fit all those symbols into the EVM? Therein lies the sec­ret. The EC adopted a new technology, linking as many as 12 EVMs to one control unit. In all, as many as 27,185 EVMs were used in 1,788 polling stations in the Nizamabad constituency. 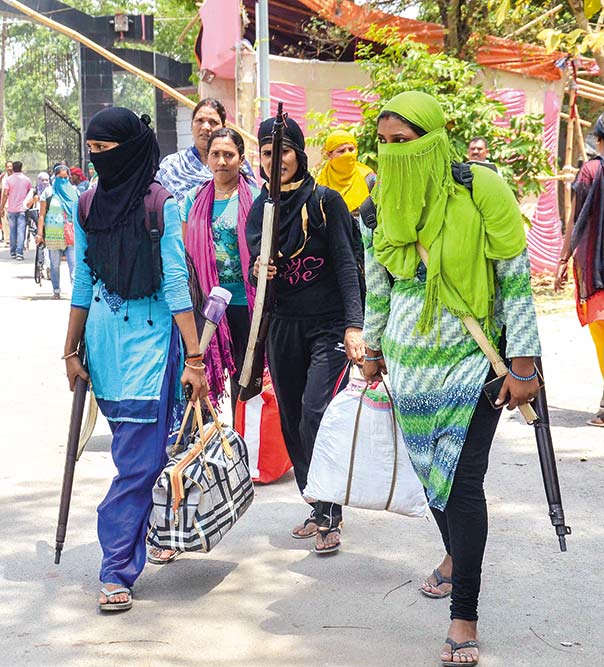 Police personnel in civvies leave for poll duty in the fifth phase, in Muzaffarpur 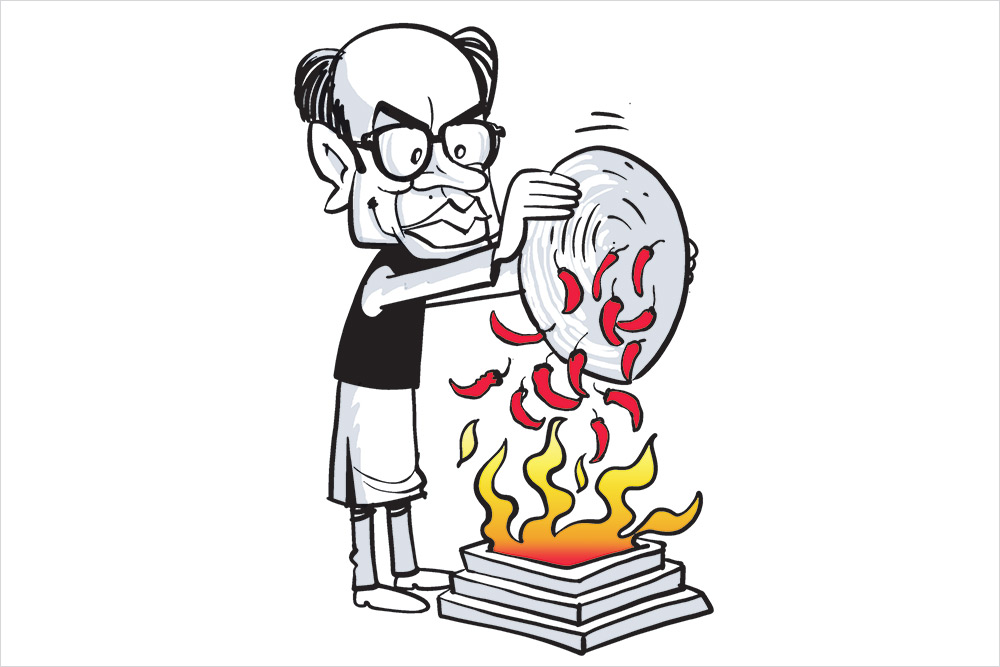 Talking about the heat and dust of elections, this one ranks above everything else. A seer is performing a ‘havan’ (the Hindu ritual of burning ­offerings) with five kgs of red chilli every day to ensure the victory of Congress veteran Digvijaya Singh in Bhopal. Chillies are said to be a medium for ­exorcising evil. 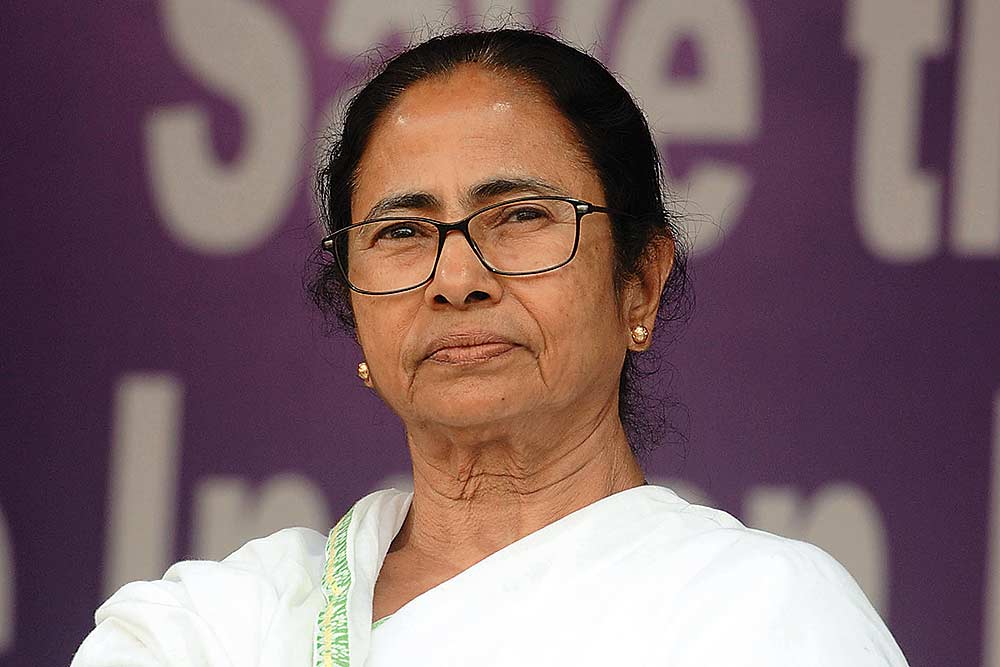 Mamata Banerjee, on PM Narendra Modi, who has earlier called her the ‘Speedbreaker Didi‘

The battle is over. Your Karma awaits you. Projecting your inner beliefs about yourself onto my father won’t protect you.

All my love and a huge hug.

The tweet by Congress president Rahul Gandhi was in response to Prime Minister Narendra Modi's comments about late Rajiv Gandhi. “Your father was termed ‘Mr Clean' by his courtiers, but his life ended as ‘Bhrastachari number 1' (corrupt number 1)," Modi had said. 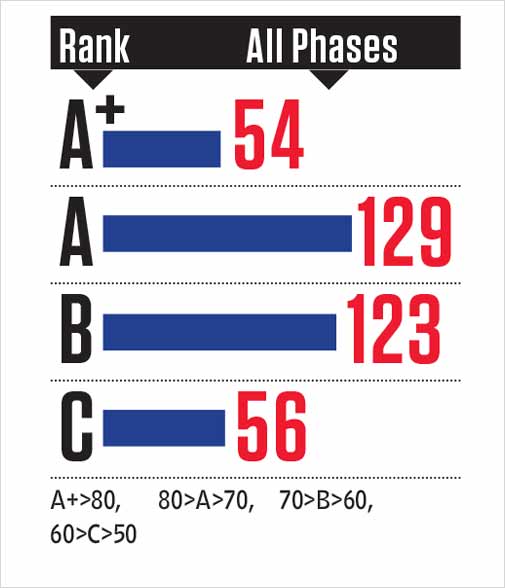 Number of constituencies that saw voter turnouts above 50 per cent in the first five phases of the elections (C is 50 to 60 per cent, B 60 to 70, and so on).

Winner Is Coming: The Game Of Numbers