Politicisation has drained the police of public trust and made them into a partisan tool, writes Editor-in-chief Ruben Banerjee. 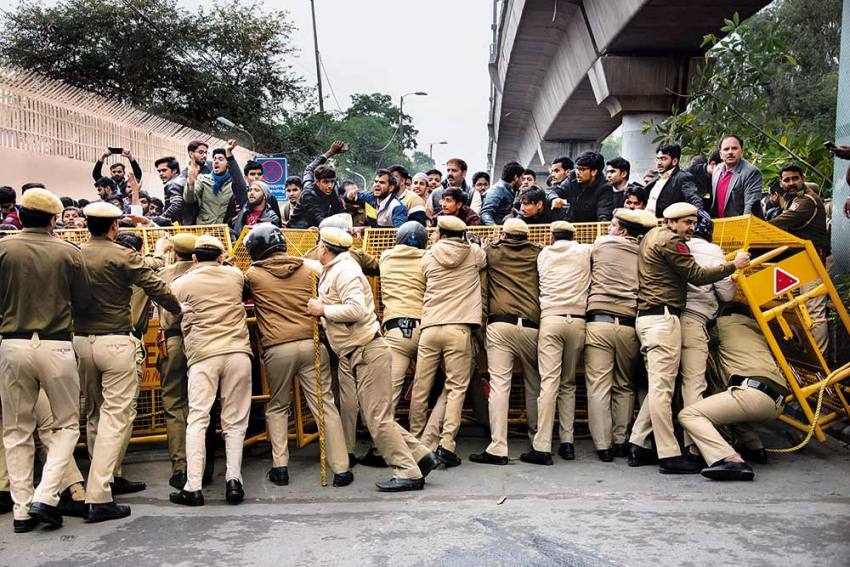 Ruben Banerjee January 15, 2020 00:00 IST Police Imperil The People They Are Supposed To Protect 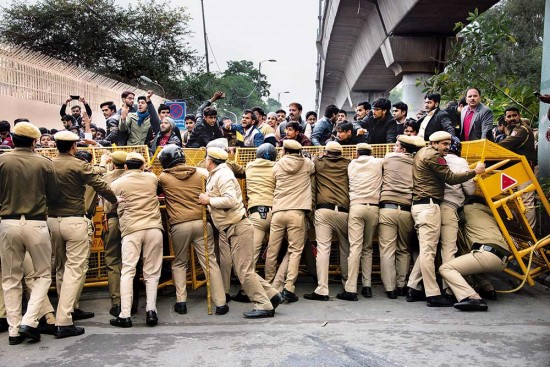 I got a lesson about how badly the police are politicised quite early in life, having spent two hours in a stinking Calcutta Police lockup on being falsely implicated by CPI(M) apparatchiks in a neighbourhood brawl. Yet, nothing could have prepared me for what has been playing out in the aftermath of the violence in JNU in recent days. If the brutal assault on some students of what is otherwise supposed to be a preeminent seat of learning was atrocious, the brazenness with which Delhi Police apparently sought to foist a false narrative on how the attack unfolded is simply appalling.

That the police of this country try to please, as a principle, their political masters is no surprise. Almost every Indian institution has over the years been compromised to varying degrees and the pol­ice have not been immune to this worrying trend. But in no time, perhaps, has the decline in policing standards been this stark and this shocking. Masked goons gain unfettered entry into a university right in the middle of the national capital and go about breaking whatever came within their sight, including a few skulls. Rampage over, they troop out in full view of the police as if they were returning from a carefree walk in the park. The worst followed when the police lodged FIRs, naming several victims as perpetrators of the assault. 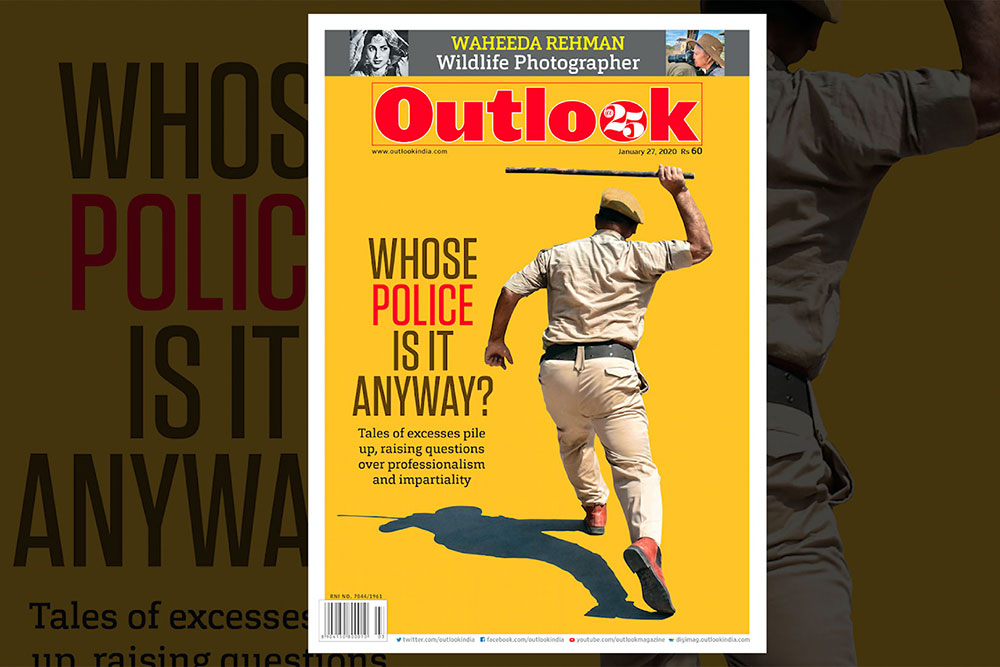 Broken glass panes and limbs apart, the other big casualty of the episode has und­oubtedly been the police’s credibility, or whatever is left of it. The notoriety of the force is at an all-time high and it’s a national phenomenon, rather than just being a problem with Delhi Police alone. Pol­iticisation of the police is complete in West Bengal with chief minister Mamata Banerjee staging public demonstrations in support of a former police commissioner under CBI scrutiny. In Naveen Patnaik’s Odisha, pliant police seize three helicopters belonging to an opponent of their political master on flimsy charges to ground and embarrass him. In Rajasthan, assailants of cattle trader Pehlu Khan are abs­olved of murder despite overwhelming visual evidence since the police had deliberately botched up case records.

In more ways than one, the police defy logic and acc­ountability with impunity. A lot certainly is said in their defence, on how overworked and stressed they are, the res­ponsibilities and pressures they are forced to shoulder in the absence of reforms. While much of it could be true, nothing can justify their excesses or partiality. Surgeons in this country, for example, are equally overburdened. Could they be allowed to cite that as a plea to deny treatment to some patients or justify a botched surgery? Certainly not.

Also Read: Tales Of Police Excesses Raise Questions About Their Propriety. Is There A Deeper Rot?

Finally, it all comes down to conscience that is in short supply seemingly at the top rungs of the police, and events of recent weeks are testimony to the rot that has set in. In Uttar Pradesh, the police face accusations of high-handedness in quelling anti-CAA protests, while in Karnataka, a hyper-active force attempted to stifle dissent by arbitrarily enforcing Section 144 across the state. And in Delhi, the police barged into Jamia Millia Islamia to abrasively tackle student protestors, but inexplicably dithered at the gates of JNU, allowing a vicious mob to attack students.

Our cover story this issue focuses on what I presume must have tormented and given sleepless nights to a common man like you and me: Who do the police serve? To find the answer, we tapped into experts while our reporters looked at what has been happening in the states. What emerges isn’t a pretty picture. But for a few odd exceptions, politicisation has drained the police of public trust and made them into a partisan tool. They now imperil the very people they are supposed to protect.