Pedagogy Of The Oppressed: When Caste, Gender, Women’s Movement Were All 'Out Of Syllabus'

Draupadi’s tribe increases by the day. There are many injustices, a lot of pain and violence out there.

Before taking a turn to our school lane in Patna, we crossed the church behind which lay living quarters of the nuns. I remember Mother Mary’s statue in the complex. She used to wear a white robe. Her eyes were kind, her head bowed and her hands pressed together in supplication. We prayed for a new pencil box, a new water bottle etc. Back then, justice, equality and women’s rights weren’t in my list of prayers, or in the syllabus. But then, with so much compassion taught in the moral science classes and the images around us, we thought we could fix a broken world with kindness and sacrifice. Just like Mother Mary.

The Mother Mary statue now has a slab that says “Maa”. For some years now, Mother Mary has been wearing red and yellow saris. Last time I was in Patna, I saw her in a bright purple sari.

But such are the times we live in. They say I should say “Indianisation” of syllabus, images and everything else.

Mahasweta Devi: The 'Mashi' Who Wrote Fearlessly About Caste, Class And Patriarchy

State Terror, Armed Forces And The Story Behind Removal Of 'Draupadi' From DU Syllabus

I saw Draupadi in Mahabharat on Doordar­shan. Rupa Ganguly played the character and I remember the part where an attempt to disrobe her was made in the king’s court. I remember getting angry. My mother, who told me things that were “out of syllabus”, said Draupadi was a strong woman, not a victim. I studied in a convent that taught us the ICSE syllabus, and Drau­padi wasn’t in it. But Draupadi and Medusa intrigued me. When DU dropped Draupadi that first appeared in Agnigarbha (‘Womb of Fire’), I wanted to read it. I found Gayatri Chakravorty Spivak’s translation and her introduction online. She quotes Mahasweta Devi’s lines in Agnigar­bha: “Life is not mathematics and the human being is not made for the sake of politics. I want a change in the present social system and do not believe in mere party politics.”

Draupadi, or the tribalised form, Dopdi, is on a list of wanted persons.

ALSO READ: State Terror, Armed Forces And The Story Behind Removal Of 'Draupadi' From DU Syllabus

Spivak writes that the modern story isn’t a refutation of the ancient. Dopdi, a Santhal woman, is Draupadi and what Draupadi could not be. The image of the female body as site of resistance rather than vulnerability is an important point. I wish we had “feminism” in our school syllabus. I wish I didn’t have to unlearn and start again. I ­remembered these lines in Draupadi:

“Why after confrontations are the skeletons discovered with arms broken or severed? Could armless men have fought? Why do the collarbones shake, why are legs and ribs crushed?

Two kinds of answer. Silence. Hurt rebuke in the eyes. Shame on you! Why bring this up? What will be will be...

How many left in the forest? The answer is silence.”

Silence was always the answer. Dissent, protest, activism and engagement were alien concepts. Language wasn’t a turbulent sea. It was a river that never flooded. Everything was controlled. I remember Muniya, Gangajali and Marni. And my grandfather’s two wives. I remember Shilpi Jain, my senior in school and college, who was gang-raped and murdered. A column is a tight space for such stories. The point is that syllabus didn’t explain the many questions I had then.

Muniya used to wear a big red bindi. She was a Dalit and used to clean our toilets. She would shout and announce her arrival. Her shadow wasn’t good for us, I was told. She was served tea in a cup kept outside the house. She squatted on the floor outside the door. When I asked why we couldn’t give her the porcelain cup, I was told that’s how it was. She was not “us”, and when I asked about “them”, there was just silence.

Gangajali was an old woman who took care of my grandmother. She washed her, fed her, cleaned her. When my grandmother died, Gangajali wasn’t a part of the rituals. The one who fed her water with a spoon all those years wasn’t allowed to pour gangajal (holy water) in my dying grandmother’s mouth. Gangajali disappeared. I asked why. They kept silent.

I was a young woman when the Shilpi Jain rape and murder case rocked the city in 1999. Every rape since then has blended with its memory, and become this gargantuan memory of abuse and torture and silence. It was my earliest encounter with rape stories. Shilpi’s semi-naked body was found in a car in Patna. Twenty-two years is not an age to die. They dumped her body and walked free. I became a prisoner of the collective memory of rape, forbidden to move around. Candlelight vigils took place. That was my first protest. We didn’t have a template of “how to”. 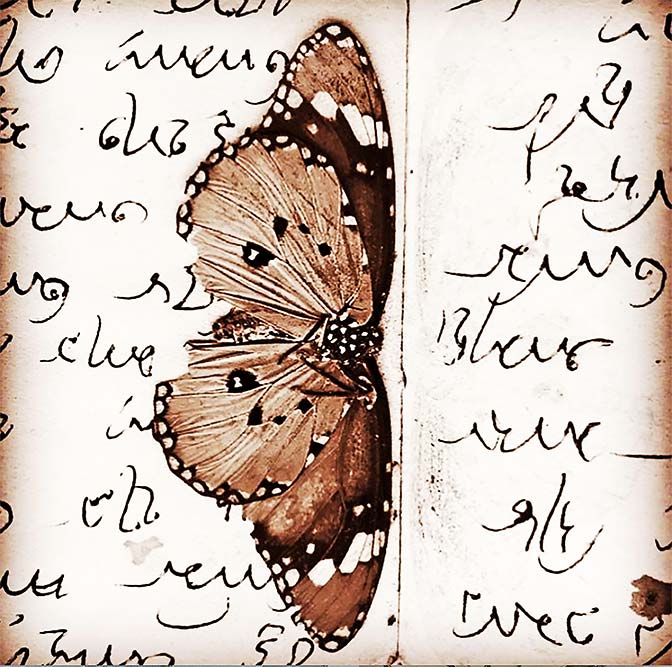 We had been used to silence and that’s what we got. We had been taught to be virtuous. The school wasn’t a bastion of free inquiry. Nor was college. We were to be virtuous girls. At the convent school, we spent innumerable hours learning applique work or cross-stitching in SUPW classes. We called the class “Some Useful Periods Wasted”. The library was full of old romance novels by Barbara Cartland, the queen of romance. We learned to dream. The nightmares weren’t part of the curriculum. We were to become ­“ladies” and be virtuous. Not all was wrong with the idea. Except that we weren’t encouraged to question the status quo. We lived in a fantasy world where we imagined mansions and dukes. I once read Cartland lived in a Victorian mansion with turquoise window frames.

The missionary interventions in education in all-girl schools like mine were to inculcate family-­women values. I remember the morning assembly and the moral science classes. Sexuality was never mentioned. Only bras were prescribed along with a short film titled Growing Girl, where we were made familiar with menstruation. They handed us packets of sanitary napkins that we were to keep in our bags until we got home.

Beyond this Cinderella-esque world, albeit with tragedies, there was a real world.

My father had two mothers and, therefore, I had two paternal grandmothers. My grandfather’s room always had two beds joined together. That was enough testimony to the enduring story of love and loss my family never wanted to talk about. One of the two ancient beds is still there. The other is locked away in another room in the house. Two dressing tables have been eaten away bit by bit by invisible destroyers. I tried to salvage one. The walls are white with all these termite trails on them. The insects have erased much of what belonged to the past, except some memories that come in flashes. Episodic and not sem­antic. Much of the memory is imagination.

I remember my grannies sitting together and running the household. Neither felt challenged by the other. After all, they were both learning how to share a man. The man became immaterial. They became the “sisterhood”. This I came to understand much later.

ALSO READ: Relooking, Retelling And Rereading Women In The Epics

It was my mother who taught me “out of syllabus” things, thoughts etc. She said Sita wasn’t abandoned, that she chose to live alone. That’s how I learned. From the books on my grandfather’s shelves. From the people around me. From the world. From newspapers. From poets.

ALSO READ: What Stories Should We Share With Our Children?

I grew up with stories outside syllabus. I was lucky to have a grandfather who stocked a lot of Russian books and I read Russian fairy tales that had a subversive tone. Like Baba Yaga, who subverted traditional gender roles by using common kitchen tools for feminist activities. Like flying around in a mortar and wielding the pestle as a weapon. She was an eco-feminist.

Caste, gender, women’s movement and citizenship were all “out of syllabus”.

“What should I call my own?
What all do I need to guard?
How should I guard it/them?
What all need to be guarded against?
Who will be my fellow travellers and for how long?”

(This appeared in the print edition as "Pedagogy of the Oppressed")