Home  »  Magazine  »  National  » Cover Stories  » Opinion »  Opinion | Why Do We Value Doctors More Than Nurses? How About An App For Sisters?

Opinion | Why Do We Value Doctors More Than Nurses? How About An App For Sisters?

Most women who do well in nursing could probably have become doctors too. If nurses were paid on a par with doctors, then for sure we would learn their names, writes journalist and author Nisha Susan 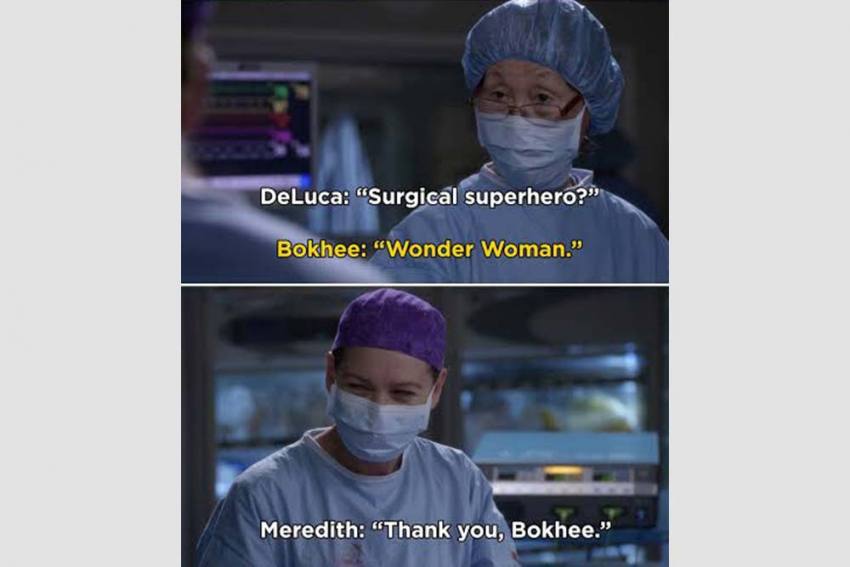 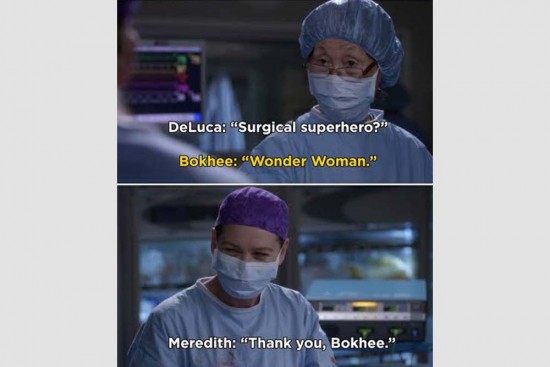 In my favourite American medical drama, Grey’s Anatomy, doctors are completely dedicated to their patients. Frequently, a surgeon sleeps in a chair in the patient’s room awaiting some crucial development. Through the course of a case, surgeons on the show know the romantic/sexual/family history of patients and what motivates them to seek or avoid treatment. Surgeons sometimes work to fulfil final wishes of dying patients—a teenager who wants to go to prom, a competitive ball dancer who wants a final spin.

I love Grey’s Anatomy. But rarely do I manage to watch an episode without wondering where the nurses are. Sometimes there are seven surgeons squeezed into a patient’s room, but not a nurse in sight. In the operation theatre we do see fan favourite, Bokhee An, an elderly scrub nurse (also in real life) who has appeared in every season. Even dedicated viewers will swear that Bokhee (picture above) has never spoken in the show. The truth is that she has spoken so little that the two words she spoke in an episode of season 15 caused a minor sensation.

ALSO READ: The Sisters We Forgot: Nurses Risk Their Lives To Save Ours, But Are We Grateful To Them?

Other than Bokhee, by my count, nurses have appeared as characters with storylines, five times in 16 seasons of the show. Three times as surgeons’ love interests and twice as dying patients. In four of those storylines, there is a moment when the nurse says something bitter about being treated as a second-class, nameless citizen. And rightfully so. Why do we value doctors more than nurses? I know a Bangalore-based gynaecologist and a paedatrician whose fan followings would vote to make them prime minister. You probably have a favourite too. We all feel grateful to doctors taking on all the known and unknown dangers of COVID-19.

Most women who do well in nursing could probably have become doctors too.

Mostly though, in life, doctors speak to patients about as many words as Bokhee.

Nurses are the ones who monitor our vitals, manage our pain and keep us comfortable. They know us. Then why do we treat nurses as if they were interchangeable? Or expendable?

Imagine one of those apps to find doctors. Now imagine a similar app for nurses. One in which you could read about the people who ensure you heal and go home. Why is this app hard to imagine? The spluttering answers are likely to be that doctors have studied so much more. One could imagine that most women (and nurses are mostly women all over the world) who do well in nursing could probably have become doctors too. That leaves the detail of money. Doctors come into the workplace having paid so much more for medical college or, at the very least, having their expenses subsidised for the many years while they finished education. As the Berlin-based cultural scientist Jurgen Kuttner said at a conference a couple years ago, “We can imagine the end of the world, but can’t imagine the end of capitalism. That is how limited our imagination is.” And in India, we also have the other imagination-suppressant—caste—which also dictates who becomes a doctor and who becomes a nurse. 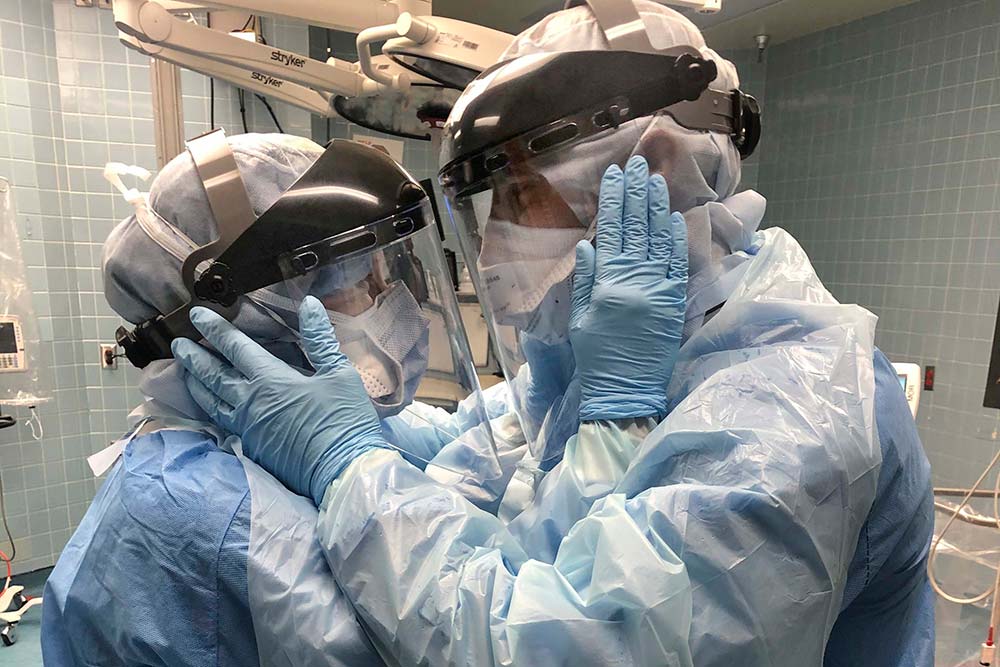 Two nurses on COVID-19 duty comfort each other in New York. Nurses around the globe are working under extreme pressure for long hours without breaks and without days off, and it is taking its toll. The virus has killed more than 100 doctors and nurses around the world.

To go back to our difficulties with the imaginary nurse app. The truth is that even on the existing doctor-finder apps, very few of us are there to read CVs. We read patient reviews, looking for phrases such as “very patient”, “explained everything”, “listened to everything”.

If nurses were paid on a par with doctors, then for sure we would learn their names.

As economists Abhijit Banerjee and Esther Duflo wrote in Poor Economics, the poor in India prefer to go to not-quite-actual-doctors who charge more than government hospitals for a good reason—time. You have probably heard the phrase ‘attention economy’—it is an approach that treats human attention as a scarce commodity. It’s a new phrase, but the double-booked 10-minute slots of doctors embodied the attention economy long before the internet took over our eyes. The average doctor spends a couple of minutes on a patient. (To quote Lisa Cuddy on another medical show Dr House, “read her file”!) And if you are a woman, a transperson, fat, elderly, unmarried, oh so many things, you are likely to be not heard even in those few minutes. The rise of the sometimes-sketchy global wellness industry has been linked strongly to these biases of ‘respectable’ medical practice.

ALSO READ: Life Of A Nurse: Privilege Of Holding A Dying Person’s Hand Or That Of A Newborn Is A Blessing

So there we are on our apps, hoping to read a review that says the orthopaedic surgeon will not tell you that you are imagining the pain, that says he listens. And then these are the people whom we valorise, whose names we learn. Nurses who are trained to care, to remember, to pay close attention and acquire knowledge about how you and your body are responding to illness and medicine—we just call them sister as if they are supposed to look after us. It is what we do for feminised, humane, important jobs. Think schoolteachers, if you are wondering.

ALSO READ: A Force Unto Themselves, Why Malayalis Are Synonymous With Nursing

If we can’t imagine a world without capitalism and we are stuck in this one, then the solution is to pay nurses on par with doctors. Then for sure we will learn their names.

Journalist and Author, her book The Women Who Forgot to Invent Facebook is forthcoming in june. She is also working on a book on Malayali nurses.

Life Of A Nurse: Privilege Of Holding A Dying Person’s Hand Or That Of A Newborn Is A Blessing