India is far from being isolated, but to push China back will need a symphony of strategic tasks, writes Michael Kugelman 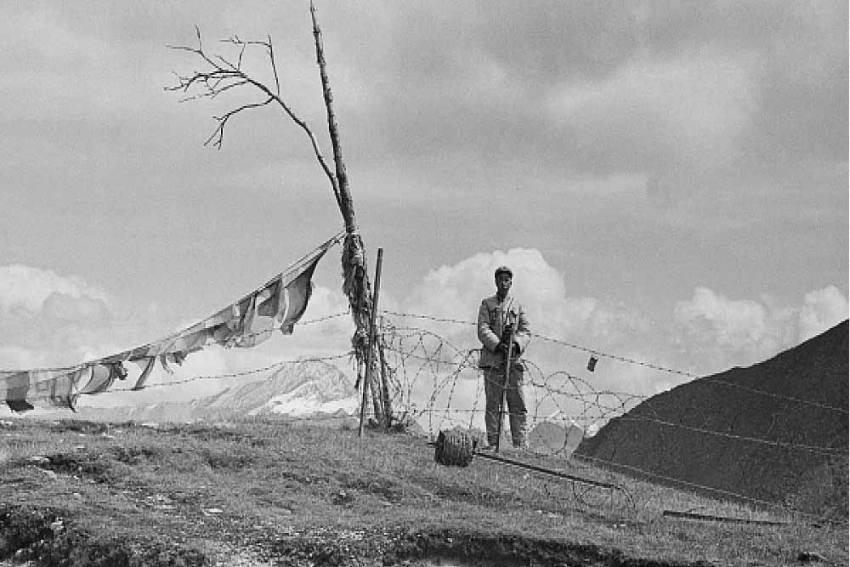 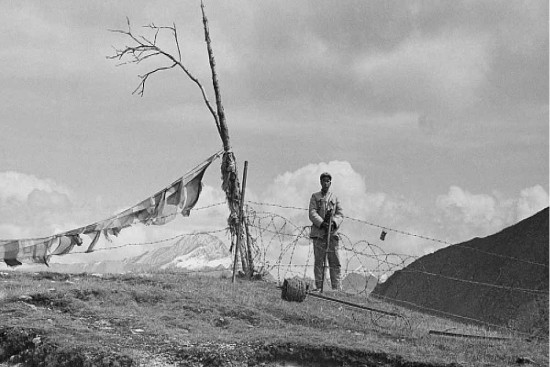 China's recent provocations in Ladakh mark the latest manifestation of Beijing’s growing clout in India’s backyard. The current border crisis, which has plunged India-China relations to their lowest point in decades, will sharpen New Delhi’s desire to push back against Beijing’s deepening footprint in South Asia. Mustering the capacity to do so, however, will not be easy.

The main accelerant of Beijing’s growing presence in South Asia is its Belt and Road Initiative (BRI)—a mammoth transport corridor project that uses infrastructure investments to gain influence and access to markets and strategic spaces. In South Asia, BRI is most visible in Pakistan, where the China-Pakistan Economic Corridor (CPEC) has become the project’s most operationalised component. New Delhi opposes CPEC because it ent­renches one bitter rival on the soil of another, but also because it is envisioned to pass through territory India claims as its own. And yet, BRI’s tentacles extend far bey­ond Pakistan. Last year, a Chinese thinktank released a rep­ort that identifies three additional South Asia-focused parts: the Bangladesh-China-India-Myanmar Economic Corridor (an admittedly ambitious component, given its inclusion of a BRI-resistant India), the Trans-Himalaya Corridor (involving investments in Nepal), and a Maritime Silk Road initiative enveloping Bangladesh, Maldives, and Sri Lanka. Each part has made ample progress, though India has unsurprisingly not participated in BCIM.

All but two SAARC countries—Afghanistan and Bhutan—explicitly figure in China’s BRI plans. China hopes to expand CPEC into Afghanistan if that nation ends its long-running war. It has invited Bhutan to join BRI.

Factors aside from BRI further strengthen China’s prospects in South Asia. The coronavirus pandemic has assailed many South Asian economies, which affords Beijing opportunities to step up financial assistance and gain more influence. Its recent announcement to grant tariff exemptions to 97 per cent of Bangladesh’s China-bound exports is ins­tructive. Political transitions have also been helpful; the Sri Lankan leadership that took office in November 2019 enjoys strong ties with Beijing.

The PLA’s brutality in Ladakh, China’s poor handling of the pandemic may force its SAARC partners into a rethink.

Not surprisingly, China is leveraging its foothold in South Asia to pressure and test India—including in areas where New Delhi has traditionally held sway. Witness the Doklam standoff, at the India-China-Bhutan tri-junction. Or, more recently, Nepal—where Beijing may well be leveraging its growing ties with Kathmandu to push it to take a hard line in its current border spat with India. Ladakh is just the latest—but arguably the boldest—attempt by Beijing to provoke New Delhi in its broader backyard.

The good news for India is that China does face vulnerabilities. Prior to the pandemic, BRI states enmeshed in Beijing’s ‘debt-trap’ diplomacy faced considerable economic risks from China’s largesse. A 2018 Center for Global Development study found that five SAARC states—Afghanistan, Bhutan, Maldives, Pakistan, and Sri Lanka—faced a “quite high” risk of debt distress from new BRI-related funding. The catastrophic economic consequences of COVID-19 may make them more uneasy about taking on loans they will struggle to repay.

Additionally, the Ladakh crisis, with its multiple Chinese incursions and brutal violence by PLA forces, reminds South Asian states Beijing’s increasingly aggressive steps. Because of this and its poor initial handling of COVID-19, Beijing is suffering a major image problem. This may make some SAARC states wary about deeper cooperation with Beijing, given the reputational costs.

So there’s an opportunity for New Delhi to push back against China in South Asia. It already has something to build on. Indeed, for all the talk of New Delhi’s struggles in its neighbourhood, it could be a lot worse. Nepal remains a key partner (India is its largest aggregate investor, with rob­ust collaborations on infrastructure). Despite recent tensions with Dhaka over India’s new citizenship law, India-Bangladesh ties are stronger than they were a decade ago. Afghanistan and Bhutan remain close friends. The relationship with Male has imp­roved markedly since Ibrahim Mohamed Solih, a China critic, was elected president in April 2019. And Sri Lanka’s new administration, despite past affinities with Beijing, has signalled its unwillingness to be overly dependent on China.

In effect, contrary to the claims of detractors in Islamabad, India is far from isolated in its neighbourhood. And yet, slowing China’s march into India’s backyard amounts to a tall order—and not just bec­ause of the depth of Beijing’s clout and resources.

Consider just how favourable the geopolitical dynamics of South Asia are for China. It is one of the world’s most disconnected and poorly integrated regions. Its infrastructure is not­oriously poor and its main regional institution, SAARC, is ineffective. Thus, intraregional trade is modest. Enter China, which can mobilise quickly to deploy huge infrastructural ass­istance in short order. This isn’t just something Beijing can do; because of BRI, it’s a top strategic priority. Additionally, a disconnected region with a hobbled regional organisation and limited trade is not hardwired for robust diplomacy and cooperation. Rather, it complicates efforts by New Delhi to build goodwill and confidence with its neighbours, and deprives it of forums to push back against the perception of some of its smaller neighbors that it acts like a bully.

To this end, India’s best bet, at least initially, is to hold off on regional charm offensives and other diplomatic blitzes. There’s no need to reinvent the wheel. Instead, it should continue its longstanding military modernisation efforts, build on existing agreements and plans with its neighbours, and embrace newer regional institutions that don’t suffer from the problems of SAARC. Energy and connectivity projects, under the aegis of BIMSTEC and its member states, offer a useful start. In recent years, India has concluded ene­rgy deals with Bangladesh, Myanmar, Nepal, and Sri Lanka. There have also been discussions on an electricity-sharing arrangement with Bangladesh, Bhutan, and Nepal.

ALSO READ: Chinese Tension Haunts Ladakh Even As Valley Remains On The Boil

Indian efforts to push back against China’s deepening inf­luence in South Asia would benefit from US support. And from a strategic standpoint, Washington is certainly game. The Trump administration’s Indo-Pacific strategy is all about balancing out China’s power. Washington’s free-falling relationship with Beijing, coupled with its rapidly growing partnership with New Delhi, give it added incentive to offer cooperation.

It’s no coincidence that US leaders have been unusually public in their messaging on Ladakh—including comments from an influential Congressman and a senior State Department official that were deeply critical of China, as well as a tweet from Secretary of State Mike Pompeo offering condolences to India for its fallen  soldiers.

However, tactically speaking, one can’t count on US assistance to counter China in South Asia. The Trump administration is focused laser-like on the pandemic, the sputtering US economy, and the election in November. Additionally, US attention to China’s activities in Asia tends to be focused more on East and Southeast Asia—areas that are home to American treaty allies. Furthermore, outside of its partnership with New Delhi and its military presence in Afghanistan, Washington’s track record and footprint in South Asia are relatively modest. And it can’t hold a candle to the Chinese infrastructure projects that account for much of Beijing’s imprint there. There’s been talk in Washington in recent years about developing “a new Silk Road” in South Asia and other vague aspirations, but relatively little to show for it on the ground other than some rare concrete achievements like the US-backed Turkmenistan-Afghanistan-Pakistan-India pipeline.

Still, with the Ladakh crisis generating more talk of how India should more openly side with America, it’s the right time to push for more US-India cooperation in South Asia. Indeed, South Asia now fits into Washington’s geographic conception of the Indo-Pacific. Recall the comment made at this year’s Raisina Dialogue by Matthew Pottinger, a senior White House official, that the Indo-Pacific stretches from “California to Kilimanjaro”. Additionally, new US institutions can help hasten collaborations with India in the western Indo-Pacific. The BUILD Act, signed into law by President Trump in 2018, facilitates America’s ability to dep­loy resources for overseas development projects through the formation of a new development agency known as the US International Development Finance Corporation.

India-China rivalry is entering a potentially destabilising stage that will likely become an extended new normal. India will need to draw on domestic, regional, and international resources alike to reassert its clout against an emb­oldened nemesis that is increasingly projecting power in areas too close for New Delhi’s comfort.

(Michael Kugelman is senior associate for South Asia at the Woodrow Wilson International Center for Scholars in Washington, DC. Views are personal.)

Chinese Tension Haunts Ladakh Even As Valley Remains On The Boil